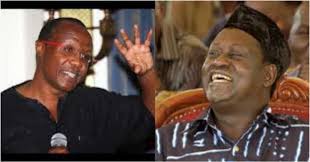 A letter yesterday circulated on the internet indicating that Economist David Ndii who over in the recent past had had close ties with DP Ruto was planing to resign as his economic advisor.

It is believed that David Is Among those people who crafted the bottom up economic model. In the letter that Ndii has termed as fake, Ndii was alledged to resign to some dues he had not been paid. The later also accused UDA iof corruption.

In a response to this, David Ndii has exposed that it seems that that letter was there to force him join the Azimio La Umoja campaign at Kasarani on Friday.

A follower of David Ndii on seeing the letter posted that David Ndii Had seen some light in joining Azimio La Umoja.

In his response David Ndii exposed that there was an appearance fee for him if he attended.

"Why I am being offered an appearance free? Where is the galaxy of foreign dignitaries? Is that what fake letter was all about" reads a statement from Ndii. 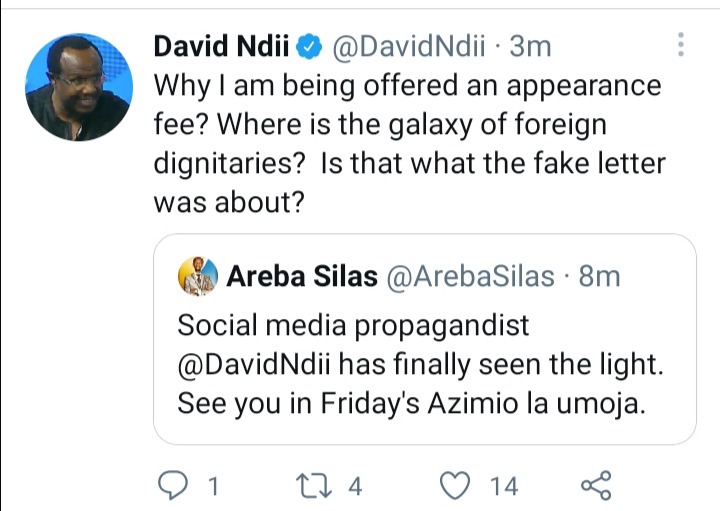