By VinnyNgalia (self media writer) | 1 month ago 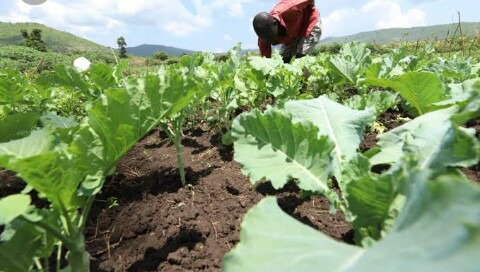 I once took a walk towards the Mboi Kamiti settlement scheme past Zimmerman area and found large fields cultivated on either Sukuma Wiki or spinach alone. I was awestruck and inspired at the sheer energy and effort behind those beautiful rows of green. I remember saying to myself, I will go back to shaggz and do something with that portion of 1 and 1/4 acre plot of land. I wrote down goals and strategies as to how I would carry out and achieve that dream.

A few weeks ago I met an ex-military man who has ventured into Sukuma Wiki Farming. When he left the military after six years of service due to injury on the left eye, many expected Shem Modi to easily look for a job at a security firm or start a private company. After all, he was a well-trained shooter and fire fighter from the Lanet Armed Forces Training College. Instead, he picked a jembe, wore some gumboots and headed to his two-acre farm. His peers jeered at him for wasting his military training and venturing into toiling on the farms and some of his family members riled at him for picking up a lowly job.

However, the former service man ignored the noise around him and dedicated his time and energy to farming. With the Sh.200,000 he had saved, Modi planted tomatoes and waited. When harvest time came, he was Ksh.400,000 richer.

As a man who earned a basic salary of Sh.20,000 plus other allowances, he was excited at the prospects of farming and diversified to kale farming in his two-acre kale farm in Lak Liech village, Karachuonyo in Homa Bay. He says he earns Sh.89,000 from a weekly harvest of sukuma wiki. Averagely, the farmer says he earns not less than Sh1.4m from kale production every season translating to a monthly income of Sh.356,000.

Modi says he got into farming in 2012 after his six-year military career ended. “I was injured in my left eye and had a surgery. However, the recovery was not as I anticipated and I had to leave,” Modi says. He says his interest in farming developed after training by Kimira-Oluch Irrigation project by the Ministry of Regional Development and African Development Bank.

Once mature, kale leaves can be plucked for five months. The mfalme variety can be picked for up to two and half years. Apart from supplying his sukuma wiki to major towns, he also supplies his produce to schools.

The ex-military officer says farming has greatly transformed his life. “Since I am not entitled to any retirement benefits, I rely on farming to keep me going and take care of my family,” Modi says.

As long as Kenya continues to remain an “Ugali” nation the demand for kale will always be there and the need for kale (Sukuma Wiki) Farming.

The prices are often high during drought seasons then fall on rainy seasons due to high supply and availability of other substitutes like managu. Prices also tend to be low on school holidays as schools tend to absorb the excess. But the good thing with kale farming is that it will always give you a profit which is determined by the scale of production due to the economics of scale. 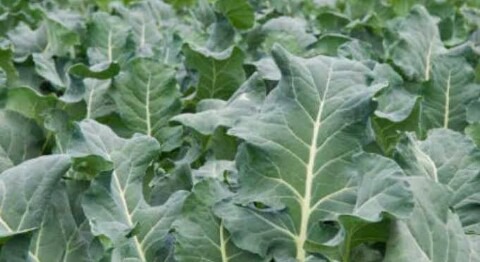 Content created and supplied by: VinnyNgalia (via Opera News )

How eating dates can have health benefits such as promoting bone health and preventing anaemia.

Good News to Unemployed Teachers as TSC Announces Recruitment of 2,945 Teachers, How to Apply.

"I Own A Multimillion Marketing Agency, and I Have Employed 25 Bosses" Huddah Monroe Says.

Lack Of Identification Card A Challange In On-going Voter Registration In Lamu County.