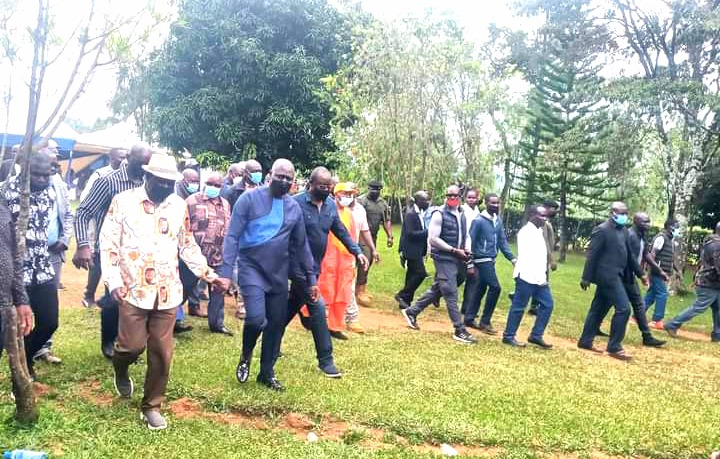 Close to an hour after the former Prime Minister Raila Odinga touching down in Migori County for a tour of Awendo constituency today on December 2nd, there's an interesting scene that was witnessed as he was commissioning a newly built Dede market.

Raila who had a variety of engagements lined up for him for the better part of the day started his tour with the commissioning of the new market whose construction was facilitated by the National Government through Hon. Walter Owino, the Awendo MP.

Then while at the market center to conduct the same, Raila's presence attracted quite a huge crowd as elated residents thronged to the new facility to see him and witness the commissioning.

He started his commissioning with signing of some citations amidst all sorts of "Baba", "Raila" and other chants as the crowd surrounded him celebrated the occasion.

Upon finishing the exercise, Raila in the company of Hon. Walter Owino and PS Charles Hinga made an attempt to inspect the facilities inside the market but were treated with quite a tough situation.

The mammoth crowd had blocked the entrance to one of the sections of the market from where they were to start the inspection and attempts by the leaders to have their way yielded no fruits.

A moment of rowdiness then set in as the emcee of the event tried to call on the security team present to move into action for the people to move back and create some space for that inspection.

For more than four times, the emcee was heard telling the crowd and security team that "please let's create some space for the leaders to inspect the market.

There will an address that will be conducted outside the market after this. Security officers, please come and help create some space for our leaders."

Then as the security officers and Raila's bodyguards tried to create order, things just went south with chaotic scenes being witnessed as close as two meters from where Raila was standing.

At one point, a fracas erupted as Raila was heading towards another section of the market and the men involved nearly threw fists at each other close to Raila.

We were being treated with a live cinema in the live broadcast before the security team intervening but Raila's communications team blacked out the scene to hide it from public view. 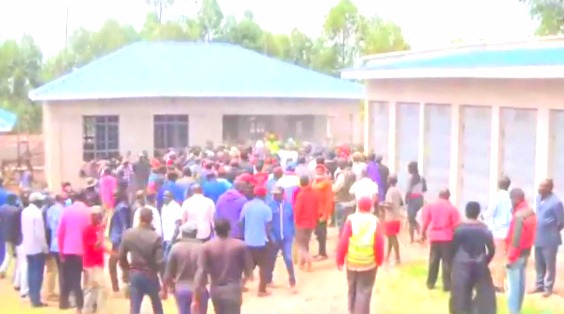 Watch the scene unfold at minute 6:00 of the video in the link below. 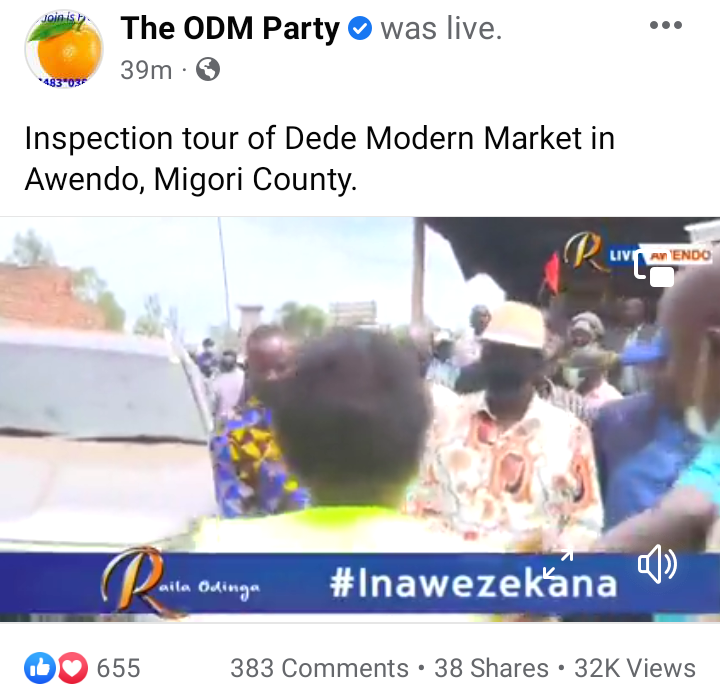