Education Is Not a Parameter For Success; Meet Andrew Ngirici Husband To Kirinyaga Woman Rep 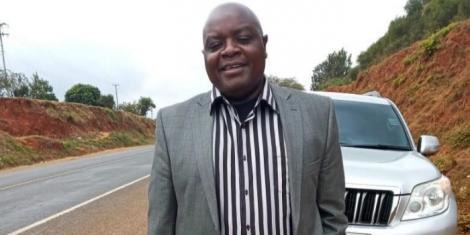 Andrew is Kenyan tycoon who was born in kirinyaga county in the former central province. He is a politician, a large scale farmer and a businessman. He has invested heavily in transport, banking, insurance among others. He first came in to limelight in 2017 poll when he was campaigning for his wife using choppers. He is also alleged to be the person behind Waiguru's campaign.

How he became a billionaire.

He has grown from grass to grace. He dropped out of school in class four and started some manual job of operating the donkey carts in the area. He was later employed by Mr Arthur Munyi to transport and supplies crates of beer.

later on, he met the late businessman Mr Kanyotu who was his family friend and was able to borrow alot of ideas from him. Andrew used this connection to start various enterprises which he runs up to date. These includes real estate, air transport, Security among others. Although his networth is not known, it is estimated to be billions of money.

"I Lost My Wife, Daughter, And Three Grandchildren In A Tragic Plane Accident," Man Recalls

Another Man From Ruiru Murders Girlfriend

RIP. Another African President Dies In The Line Of Duty