Musalia Mudavadi, the leader of the ANC, has been granted Sh41.9 million in pension benefits, which include cash for his rides as well as maintenance costs. 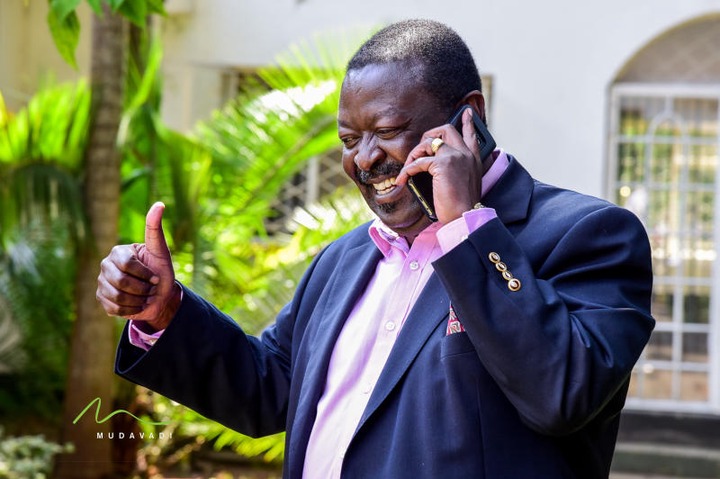 The allocation is courtesy of the two months he served as vice president towards the end of President Daniel Arap Moi's reign in 2002.

The second supplementary budget estimates seen by the Star show that Kenyans will now pay the salaries of the temporary staff attached to the Musalia site.

Though he served for a very short period of time, he is said to be looking at about Ksh 20 million for his insurance and a whooping Ksh 16 million to buy cars and other transport equipment.

However, according to Kenyans they aren't satisfied with the huge amount that he has been given considering the country isn't in good financial state since the outbreak of Corona virus into the country. 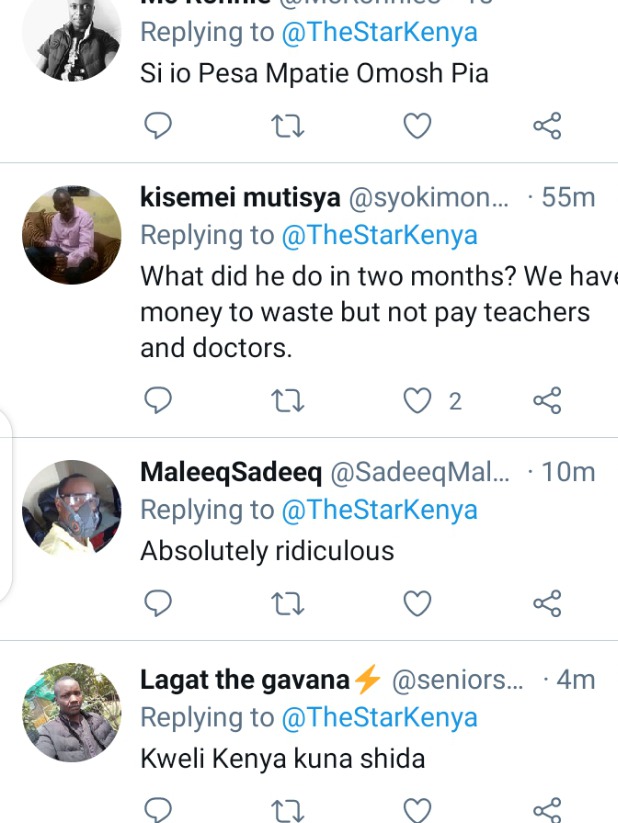 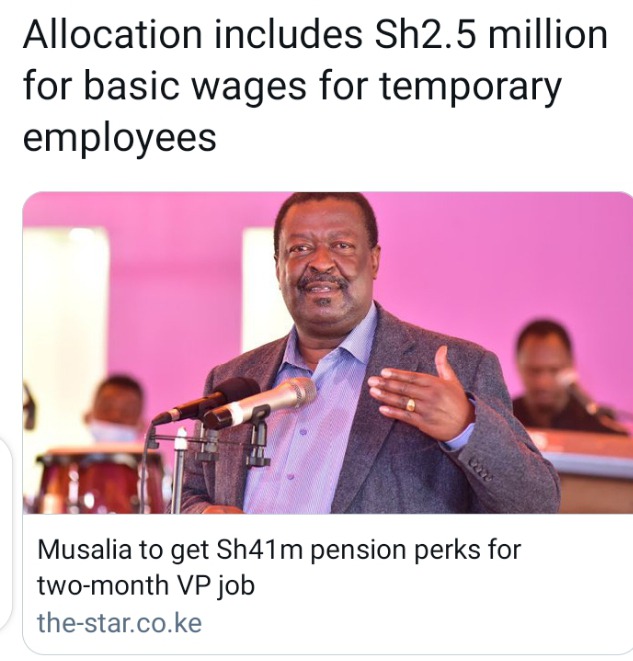 Musalia Mudavadi will also be given an amount that is equal to a whole year of service according to how much he was paid while holding the position of vice president.

This means that for the two months he served, he will receive a large sum of money as a pension on top of what he receives throughout the fiscal year.