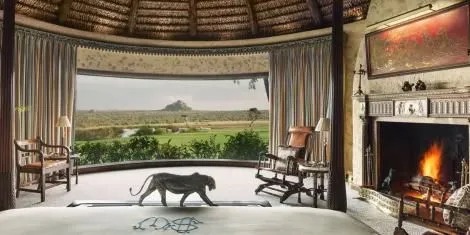 In the expansive and picturesque Nanyuki, Laikipia County lies a 60,000-acre land that hosts one of the most exclusive ranches - the Ol Jogi Ranch.

For the majority of Kenyans, Ol Jogi is hailed as one of the most expensive ranches as visitors have to part with £30,000 (Ksh4.5 million) in order to spend a night there.

The wildlife sanctuary was owned by American businessman Alec Wildenstein - a billionaire who began his craft as an art dealer in the 1970s.

Years later, Wildenstein purchased more than 66,000 acres in Laikipia and went ahead to establish a wildlife sanctuary that is regarded by Forbes as a must-visit for tourists. How did the family business turn into a multi-billion empire?

This dates back to August 1940 when Alec was born in Marseille, France. The Wildenstein family moved to New York, where Alec grew up most of his life.

His grandfather had founded a venture dealing in art, which primarily began as a family business. The grandfather established the business and sold a couple of paintings in their small art gallery. The business was expanded by Daniel Wildenstein, Alec's father.

Daniel was a distinguished scholar who specialised in impressionalism - an art that involves the use of small yet visible brush strokes in order to give emphasis on the accurate depiction of natural light in its changing qualities.

The paintings soon gained recognition and praise from key personalities which soon turned the business into a profitable venture. 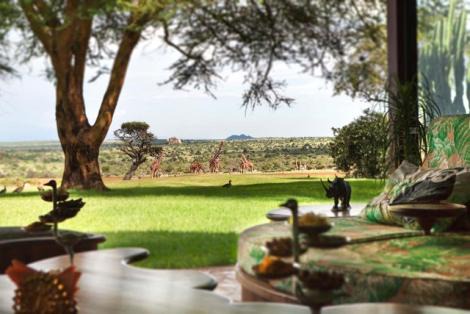 Alec and his brother, Guy Wildenstein, soon joined the family business after their father thought it was not necessary for the two to join the university.

The family also delved into horse racing which became a lucrative deal as Alec established Ecurie Wildenstein racing stable in order to train horses and engage in racing events.

In 1977, the Wildensteins gained interest in Kenya and delved into purchasing 66,000 acres in Laikipia County. The land served as host to Ol Jogi ranch which served as a wildlife sanctuary. In 1985, the family acquired complete ownership of the ranch and was primarily used by Alec as an exclusive getaway.

The family was dealt a huge blow after Daniel passed away died in 2001. Alec and his brother inherited half of the business empire -estimated at Ksh1 trillion.

The ranch remained to be the Wildenstein's private compound for 35 years until it was opened to the public in 2013. 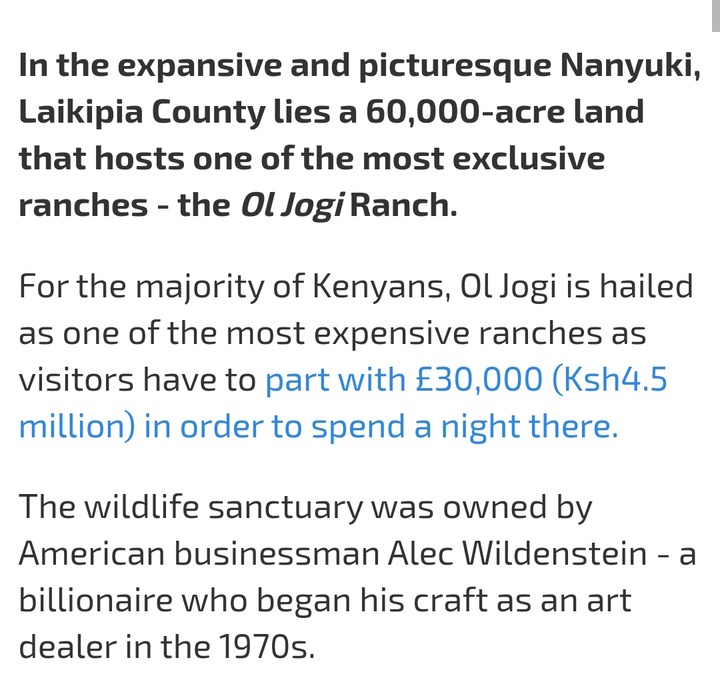