The sweetness of hardwork is pay. There is nothing bad in this world like toiling and at the end not enjoying the fruits of your labour. 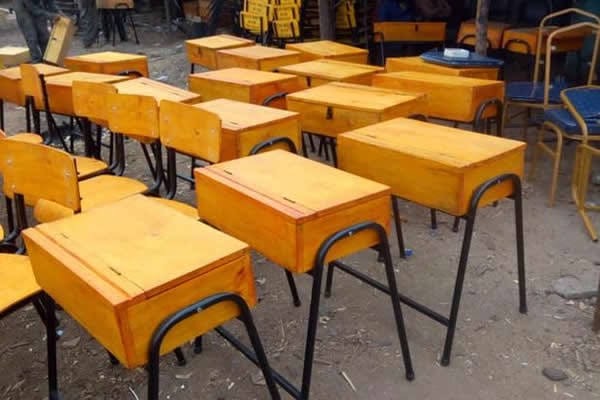 Since last year, there has been debate on what formula to be used while sharing money resources to the County governments. Counties demand more money for their people, but the question is, where does this money go? 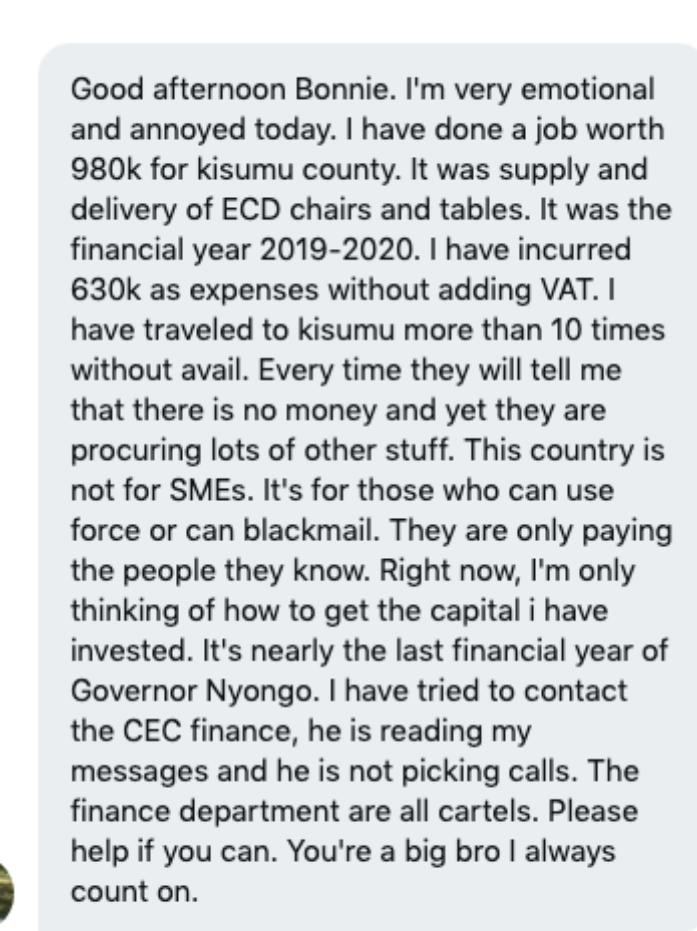 Yesterday night, Boniface Mwangi, an activist shared the story of a man named Mohammed, who supplied tables and chairs to the Kisumu county government and has not yet been paid. The annoyed man, who owns a small and medium enterprise (SME), narrates that the job was worth 980,000 and has so far travelled to Kisumu more than 10 times without getting his pay. 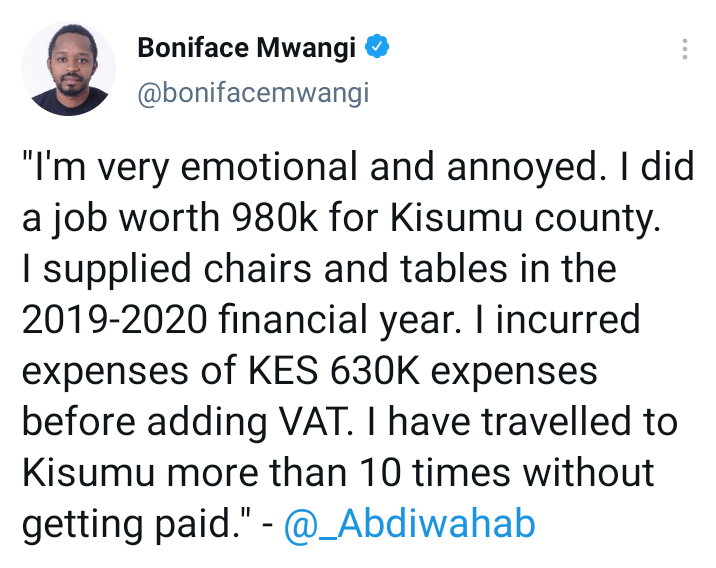 Mohammed revealed that every time he asks for his pay, all he is told is that there is no money, while he confirmed that other people who are known are being paid and the County government is still procuring other things.

Mohammed has tried reaching out to the CEC Finance for Kisumu, but he is not replying nor picking his calls. He laments that he is suffering and depends on the little income he generates from his business to survive. Kenyans on twitter were really worried by the fact that Kenya is increasingly becoming a work and no pay nation and left serious comments. Check them below. 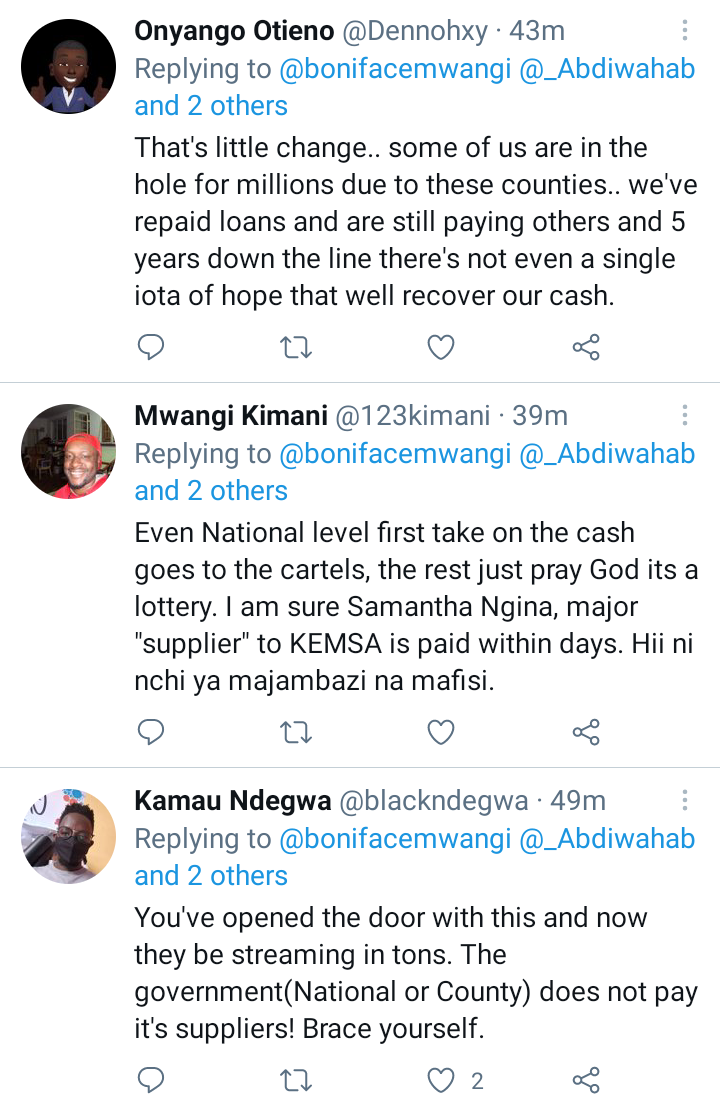 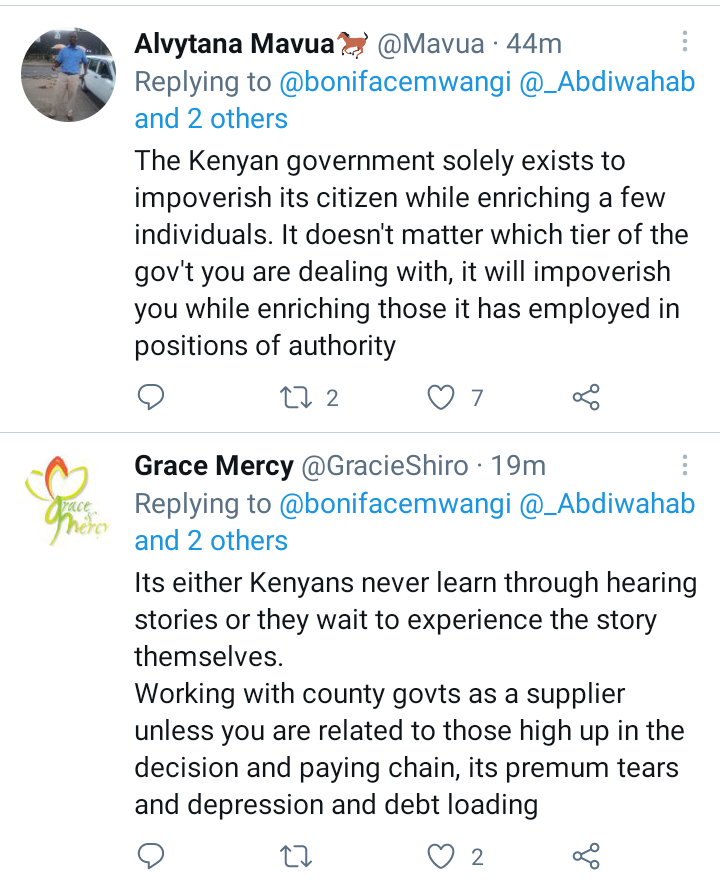 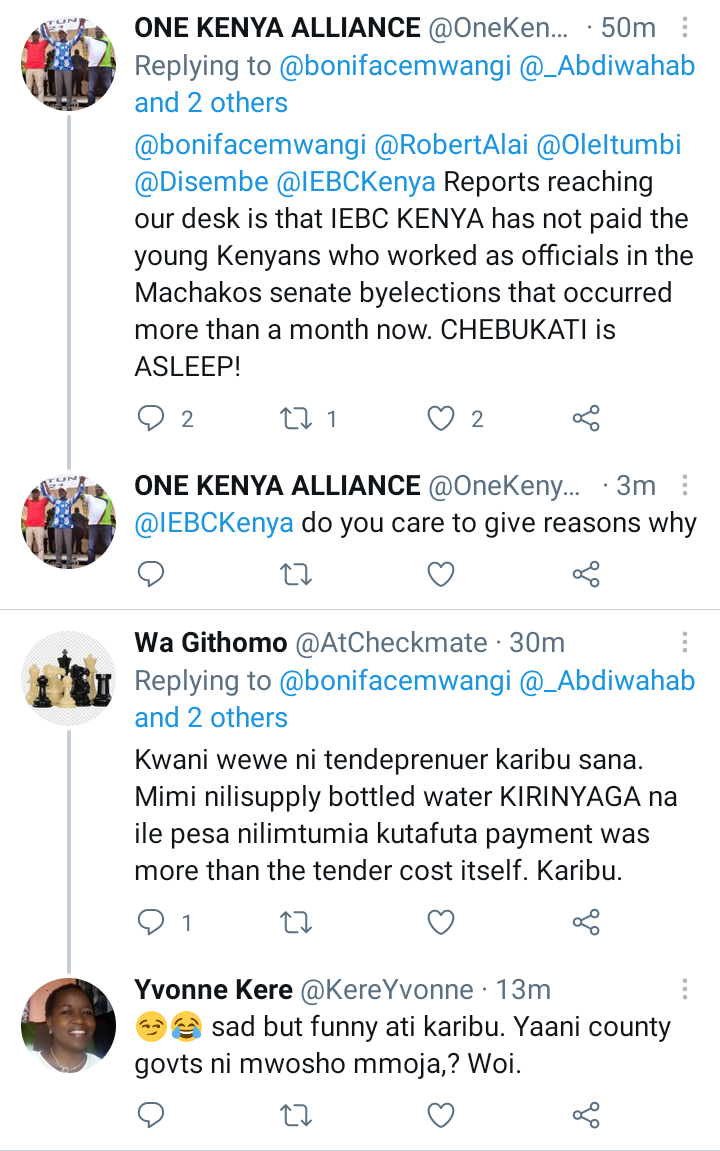 Have you ever done a job and failed to be paid after all the hustle? Comment below and do not forget to subscribe to my channel.

Should Kenya Finally Legalize Public Use of Weed?

Exposed: 6 warning Signs of eating too much Sugars and its Effects to the Body.

Find Out Why Bhang Should Be Legalised