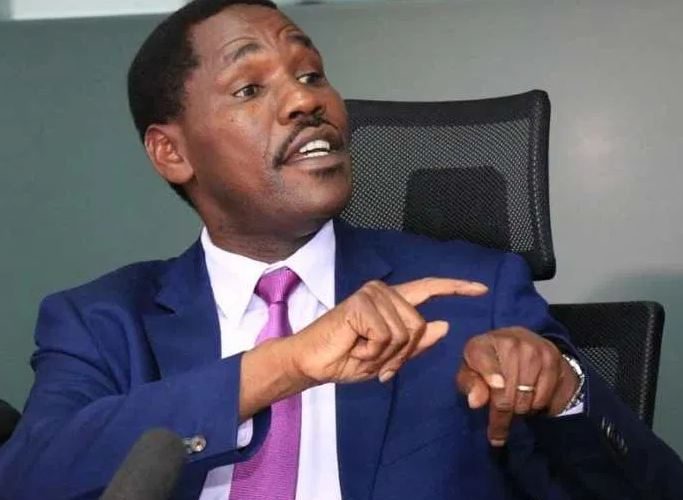 Potato farmers could in the near future afford smiles on their faces, after the governmnet announced plans to ban Irish potato imports starting June, in efforts to protect the local market.

Agriculture Cabinet Secretary Peter Munya revealed that a taskforce will be formed to look into issues bedevilling the Irish potato farming.

The CS added that the ministry will partner with potato-growing counties to improve quality and quantity to global standards. He also stated that his ministry was discussing with multinational food companies on how to support local farmers.

"They will tell us what farmers and the government need to do, the [potato] varieties they need, and how they want them grown and transported. We have agreed with county administrators...,

...including Nyandarua Governor Francis Kimemia whose county is the biggest potato producer, on how the task force will be formed and key issues to be addressed," stated CS Munya as quoted by the Daily Nation.

According to Munya, the government has heavily invested in the Irish potato farming, to an extent of availing certified seeds through the National Youth Service Tumaini Farm and also the Kenya Agricultural and Livestock Research Organisation (KARLO).

Among the things that the task force will seek to implement is the minimum price for the 50-Kg bag. Farmers have often lamented about unregulated prices of the produce during harvesting, with brokers taking advantage to control the prices.

With the ongoing harvesting, brokers are offering Ksh800 for a 100-Kg bag. This translates to Ksh8 per Kg. At the same time, a Kilo of potatoes can produce between three and five plates of chips, with a plate of chips costing between Ksh80 and Ksh150.

An accusing finger has been pointed to poor marketing strategies by counties and the national government as well as laxity by farmers to embrace new technologies and potato varieties.

Irish potato is listed as the second most-important food crop in the country by the International Potato Centre. National Potato Council of Kenya Chief Executive Officer Wachira Kaguongo also added that lack of common groups and co-operative societies was opening chances to brokers who were out to exploit farmers.

Governor Kimemia lamented the statement by KFC, especially at a time when farmers were grappling with lack of market for their commodity.

5 Signs Your Partner Is Sleeping With Someone Else

Ruto, Ruto, Chants Fills The Air As Martha Karua and Her Team Addresses The Public in Embu County.