By Contentcreator319 (self media writer) | 1 month ago

Due to a lack of funding, the government has discontinued the Sh100 maize flour subsidy scheme that was implemented last month.

Despite the high cost of living, the announcement made by Agriculture Cabinet Secretary Peter Munya on Saturday, August 13, will now need you to reach further into your wallet.

The National Treasury has decided to terminate the maize flour subsidy program with immediate effect due to insufficient exchequer disbursements, according to a statement from Munya.

Uhuru claimed that this was done to protect Kenyans from high unga costs in the face of rising food prices and global inflation.

On July 20, the president announced that his administration would provide a subsidy of Sh105 each 2-kg packet of maize flour. 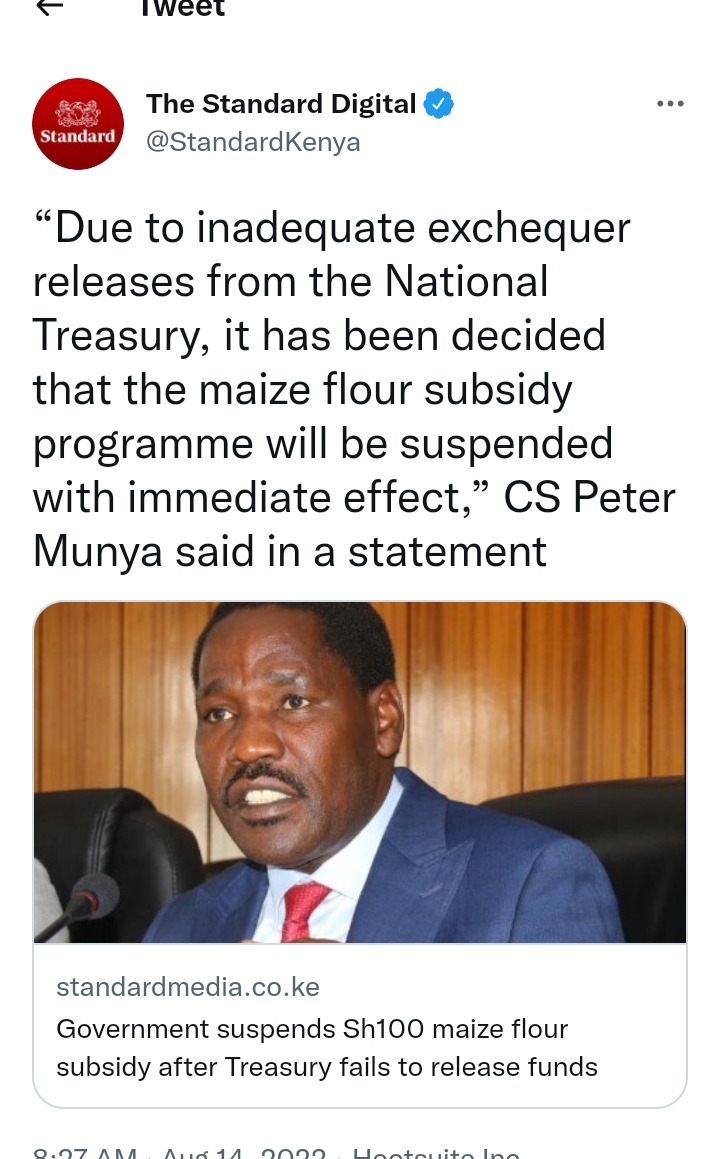 The Sh100 roll-out subsidy program was intended to be permanent.

According to the Head of State, the government would pay millers Sh105 for each two-kilogram packet of maize flour they sell to retail establishments as a result of the subsidy.

After a drought and a spike in fertilizer prices, unga prices have soared to a record high of Sh230 per 2kg package in some stores across the nation.