Visita Talks About His Finance Problems 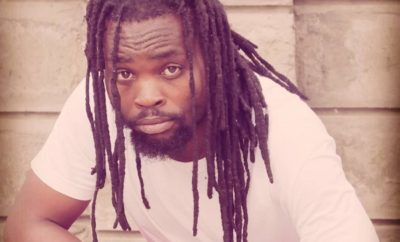 There has been speculation about Nixon Wesonga, also known as Vista, and his condition after he solicited funds from social workers who said he needed to pay his health bills and remove other financial burdens.

And now, we can confirm that Vista has been facing financial difficulties that led to his house being closed for the past three months. He took his children back to the village before finding refuge in a studio based in DJ Lebbz's Mirema, Nairobi, where he lived with his wife.

“As people know, I was on Grandpa Records. I left again where things started to go down for me. To cut short the story of how I got into this situation, I would say that I had many responsibilities with little money and in the end life caught me, and put me in debt.

“DJ Lebbz and I are coming from far away. We have worked on a few projects together. So when I started having problems he noticed and accepted me to stay in his studio. I took my children to the village and lived there (in his studio) with my wife as we tried to rectify the situation,” he said.

Illness and asking for financial help 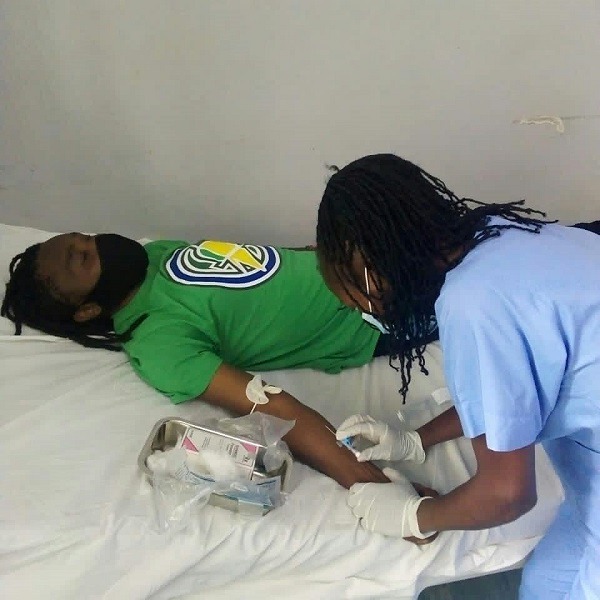 A few weeks after moving to the studio, Vista said he fell ill and was rushed to hospital. He said that during his treatment one of his friends posted a picture of himself asking for financial help. Because he had no money, he says he was fired the same day.

“I couldn't breathe, until I thought it was probably Corona but luckily it wasn't. They took me to Neema Hospital, Kasarani, and the doctor told me that it was just a stiff neck. He gave me painkillers and told me to go back if it didn't get better. The consultant did not help me so I went back three days later and started physiotherapy.

“Surprisingly, when I went back, they did a scan and found that a bone had come out of my neck that was causing the pain. They did something and were able to put the bone back in its place but somehow I still feel pain. I did not stay long in the hospital because I had no money. I've been going back and forth and that's when Lebbz decided to open a team to help me raise money.

“Actually the issue was not about hospital costs; the problem was the backlog nti because I didn't have the money to cancel it. That was the main thing. The reason they formed the group was to deal with arrears. I was never admitted because as I said I never had any money so I went for treatment and went back to the studio,” he explained.

A few weeks ago, a video of Vista begging for help appeared on the internet and at the time he revealed that he had received Sh12, 000 from people who wished him well.

After Vista's story spread, thousands of Kenyans came to her aid with donations and used it to clear her debts. He thanked female rappers Fena Gitu and Mwende Macharia for their financial support not forgetting DJ Lebbz and Pizo Dizo.

Opinion: What Moi Did To DP Ruto That Is Being Copied By Uhuru Kenyatta In Locking Him Out Of Succeeding Him