By Hawkeyes.com (self media writer) | 10 months ago 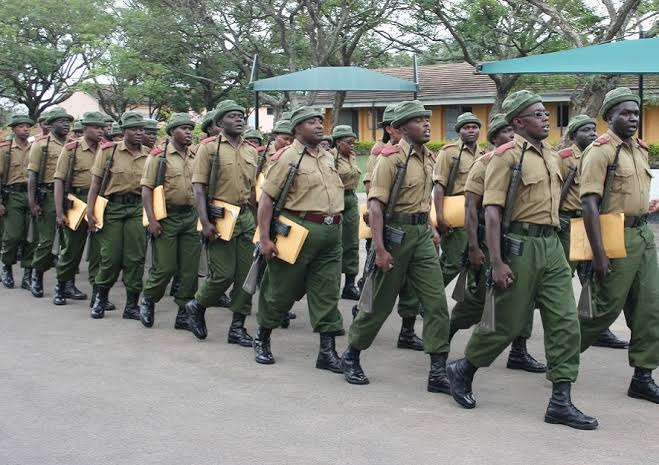 The National Intelligence Service,the Teachers Service Commission and the police were some of the biggest spenders on salaries and remuneration of staff in the past financial year, a report by the Controller of Budget shows.

The report, authored by Controller of Budget Margaret Nyakang'o, says that the three entities were part of the government's big spenders on wages, compensation of staff and other benefits during the first nine months of the 2020/21 financial year, earning them slots in the top 10 list of spenders of the recurrent expenditure in govermment.

The NIS, classified under the national security sector which also comprises the Ministry of Defence, spent at least Sh26 billion on staff in the period July 2020 to March 2021, while the the Department of Interior National Police Service, spent Sh95 billion of the recurrent expenditure, placing them at a position nine and two respectively in the ranking.

The biggest spender on salaries however, was TSC which paid its staff as well as the thousands of teachers on its payroll across the country Sh207 billion, a figure that was followed closely by the Department of Defence, which in the reporting period spent Sh90 billion as part of its recurrent expenditure.

Dr Nyakang'o says that salaries, allowances and benefits to staff still form the bulk of the expenses incurred by the government, both at the national and county levels, with just but a little of the budgeted cash going to development and the provision of services.

For instance, of the Sh1.83 trillion set aside by the national government during the period under review Sh815 billion went to the recurrent expenditure. The development kitty received just Sh334 billion with the remaining Sh676.67 billion sent to the Consolidated Fund Services.

"Expenditure is significantly higher than the total development exchequers issued due to Appropriations-in-Aid (A-I-A) generated by the MDAs and donor funding. A-1-A bill is revenue in the form of receipts from user charges collected internally by an MDA and is spent by the entity that raised the revenue," says Dr Nyakango.

The report says that the higher expenditures by the TSC were mostly attributed to the fact that the bulk of its budget is for teachers' salaries, while for the other top spenders, the high figures were largely tied to their nature of work, operations and the number of staff.

NIS in the period under review received Sh26.52 billion of the Sh107.77 billon that had been allocated to the security sector, of which Sh105.94 billion was for recurrent spending and Shi.83 billion for development.

On the flipside, however, there were those that spent better on development like the State Department of infirastructure which recorded the highest expenditure, partly attributed to the ongoing construction and expansions being witnessed across the Country.

Others were the National Treasury at Sh24.9 billion, the Ministry of Energy at Sh24.5 billion, Ministry of Water at Sh17.8 billion, Department of Housing, Communication and the Executive Office of the President Sh14 billon, Sh11.6 bilion and Sh9.1 billion respectively.

But some departments also recorded low expenditure, which the report says was attributed to the impact of Covid-19 mitigation measures adopted by the government to curb the spread of the disease.

Those atffected were travelling, training and hospitality activities which are some of the major spending budget items by ministries, departments and government agencies.

At the county level, at least Sh172.93 billion of the Sh221.39 billion that the exchequer sent to the devolved units was spent on salaries, with only Sh48.45 billion going on development.

West Pokot County Assembly did not report any expenditure on MCAs sitting allowance during the reporting period. Content created and supplied by: Hawkeyes.com (via Opera News )