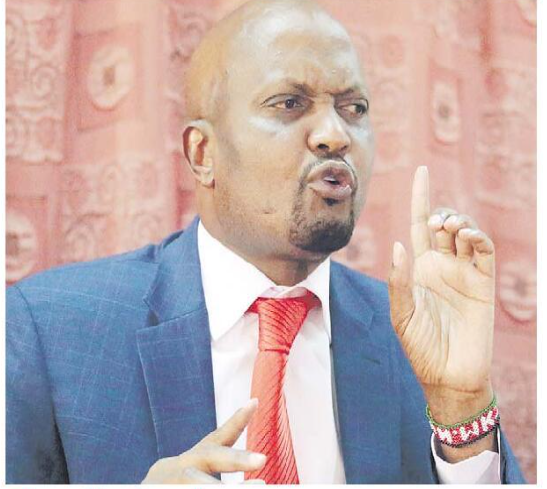 Trade and Industry Cabinet Secretary, Moses Kuria, gave farmers a new order concerning maize. He ordered all the maize to be sold within 72 hours before Tuesday.

The CS categorically informed the maize-growing zones in Kenya to release their maize and sell it. He also added that this should be done before Tuesday when the importation of maize will be allowed. If maize farmers do not adhere to this, the government will be forced to import more than 10 million bags of maize to solve the issue of starvation.

"I'm not saying that you do not sell your maize. Some of you have sold your produce, but let me tell those of you who are still holding your maize that you will be on your own. There will be those who will use the unsold maize to feed dogs," he said.

He also informed the farmers to use this opportunity to sell their maize at the current prices before imported maize floods the market. "You have 72 hours to release the maize in your stores before the cabinet approves the decision to import maize on Tuesday." "This is because we don't want anyone to die of hunger," he added. 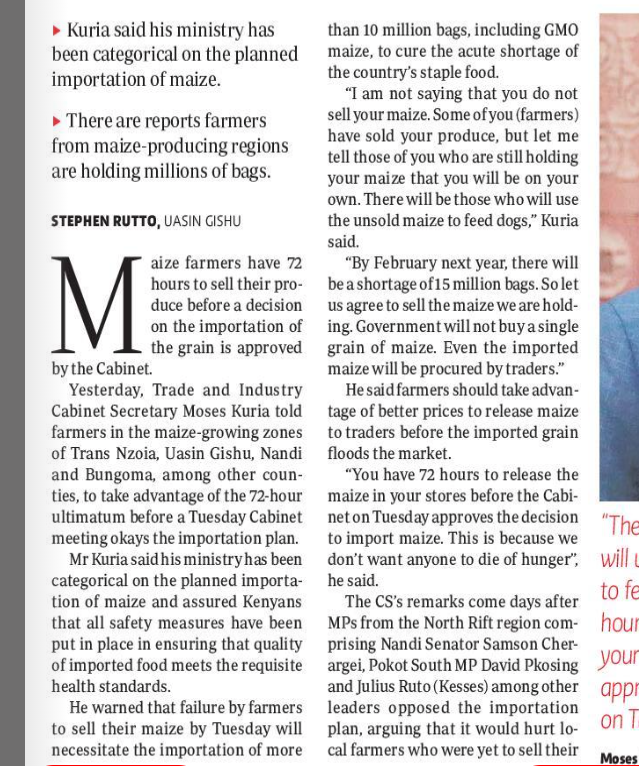