By Melkynews (self media writer) | 25 days ago 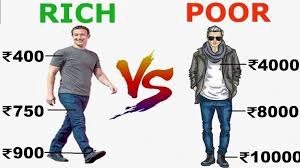 So, what is the distinction between the rich and the poor? It is not only their money that distinguishes them but also their distinct thinking and worldview.

Some things that the wealthy would never do with their money, yet the poor do all the time for reasons unknown to them.

Let's look at some of the things that the wealthy would not spend their money on but the impoverished will always do in this post. 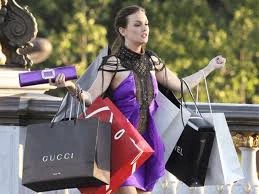 We all know how much a high-end item from a high-end brand costs. You might believe that the wealthy would be able to have these items in abundance since they can easily afford them, but you might be surprised to learn that the poor and middle classes want these commodities the most, while the wealthy do not.

A wealthy man appears to recognize that these products are simply costly and are typically targeted at the poor who are obsessed with appearing wealthy. Take Warren Buffet, for example: despite being one of the world's wealthiest people, he lives in a home that most Americans would not want to live in. A poor person would want the latest brand of the phone every year, even if his previous one is still functional, whereas a wealthy person would keep his phone for years.

2. Excessive use of credit cards 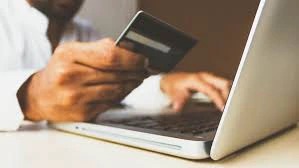 With the advent of online purchasing, individuals have become accustomed to using credit cards. Though this is useful when you don't have access to cash, it does come with its own set of concerns. Poor and middle-class people frequently use their credit cards to shop online, but the wealthy prefer to pay in cash as much as possible.

Excessive usage of credit cards leads to debts that can quickly accumulate into a large sum of money.

3. Purchasing high-priced items that will not last.

Take a close look at some of the wealthiest people in your community from diverse fields, and you'll see that based on their appearance, you'd never guess they're wealthy. That is the rich's philosophy. They don't need to look rich to indicate that they are wealthy, so they frequently dress in inexpensive, simple, and comfortable clothing.

The impoverished, on the other hand, would try to appear wealthy by spending their limited resources on high-end apparel that would be obsolete in a year.

Because it is a part of learning and adventure, the rich love experiences. They would rather spend tens of thousands of dollars on a trip to an island or a historical site just to have fun and learn something new.

The poor, on the other hand, would rather save enough money to go on a shopping spree and buy things they don't need only to make others think well of them.

Why does a wealthy person need to gamble and hope for luck when he already has it? You could argue that the poor gamble because they want to be wealthy, yet gambling is a poor man's attitude that does not lead to wealth. Wealth is a mindset, which is why some people, even if they win the lottery, waste their winnings in a short period owing to a lack of financial knowledge.

The impoverished gamble in the hopes of becoming wealthy, whereas the wealthy work hard, seize the bull by the horns, and make money.

In conclusion, it's important to remember that becoming wealthy is all about having the appropriate mindset.