Naivas: Sibling Rivalry Escalates As 1 Brother Opens Own Mart After Moving To Court Over Ownership 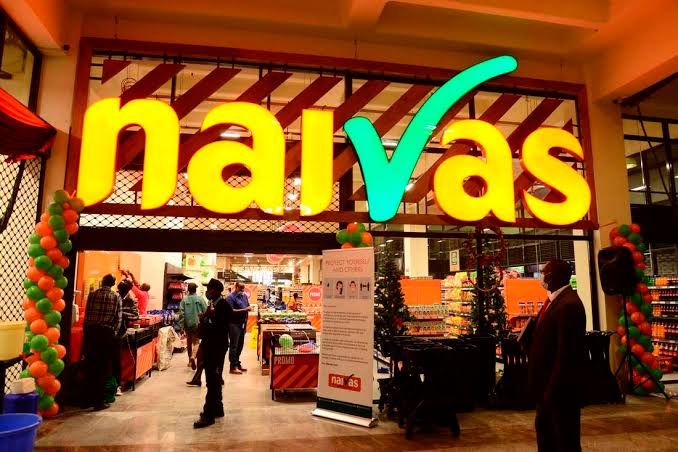 The leading supermarket chain Naivas Limited has slowly but surely gotten to its glorious position since its inception in 1990 through stability and careful decision making that has seen it avoid predicaments that have befallen its rivals.

However, Naivas has now also fallen victim to sibling rivalry following the footsteps of its former rival and market leader Tuskys. This is after their father and founder of the chain Peter Mukuha Kago passed on in 2010 leaving the siblings on their own.

The company's chairman the late Simon Gashwe also died at Nairobi hospital in 2019 further deepening the disagreements among the remaining family members.

The shares distribution of the multi-billion chain is as follows: the company director, David Kimani, former chairman Simon Gashwe and the founder, Peter Mukuha Kago own 25%, 25% and 20% respectively. Other family members, Grace Wambui, Linet Wairimu have a 15% stake each.

The eldest son, Newton Kagira has moved to the Court of Appeal to demand his rightful share of the company's shares which he claims are at 20%. He has also obtained a court order stopping his siblings from further selling the stakes of the company until a court ruling is determined.

"That the applicant is praying that the honourable court is pleased to issue temporary order restraining the respondent and all directors of Naivas Limited from further sale of shares or interfering with money assets held by Naivas Limited pending the hearing and determination of Appeal," he wrote.

Kagira has written to the court accusing his siblings, particularly his brother David Kimani who is also the Managing Director of the company of denying him any shares despite contributing 20% in the start-up deposit in 1990.

"That the applicant herein has been denied any company benefits from Naivas Limited for more than 30 years despite having been a true contributor of 20 per cent, the 3rd largest contributor of the seed capital," read part of the petition seen by Nation.

He claims that the share contribution should be as follows: 20% share for himself, 30% for his late father, 15% and 25% for his sisters Linet Wairimu and Grace Wambui respectively. His brother Kimani has 10%. Kagira also added that the Managing Director sold 6 billion worth of company shares without his involvement.

Mr Newton Kagira Mukuha has since opened his chain of supermarkets known as Green Mart which will compete for the market share with his family's Naivas. Quick mart, Carrefour, are also big players who will capitalise on any mistakes from the leaders Naivas.

Nobody knows The Balance Their Days, Samidoh

NHIF Crucial Message To All Kenyans

Interesting History Of The Iconic Kenya National Archives Including Housing The KCB Bank.