By LNews (self media writer) | 2 months ago 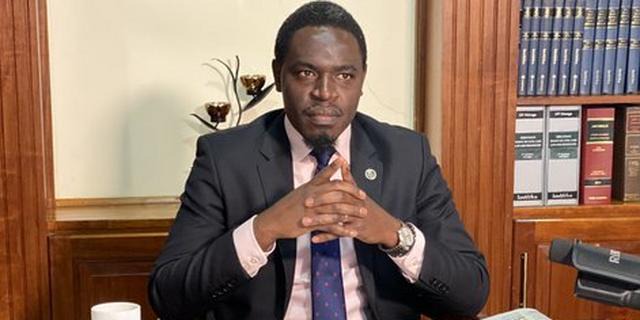 Mercy Wambua, CEO of the Embattled Law Society of Kenya (LSK), dismissed the allegations of the president of the society Nelson Havi as false and fabricated that she was foiling plans for a planned audit on the use of funds .

In a letter to LSK members detailing the company's financial statements and the status update on the forensic auditor appointment on Monday, Wambua accused Havi of failing to do due diligence before releasing what she said. called it an alarming press release containing incorrect claims.

"Alternatively, the president was aware of the real position but intended to raise unnecessary alarm and anxiety," Wambua said in a letter dated August 8, 2021.

"The Board would like to point out that it is more than ready to submit the company's financial statements to a forensic audit, provided that the correct procedure is followed to recruit the forensic auditor," he said. she adds.

On July 10, Havi, in a statement read at the company's headquarters in Nairobi, accused Ms Wambua of remaining in office illegally, of colluding with the banks to deny members expense claims and of not changing the signatories of the banks in which the company's accounts are domiciled.

“Mercy Wambua has remained in office illegally and continues to obstruct the provision of member services and disseminate unauthorized and false information to members. In addition, she persisted in her interference in the preparatory process for the conduct of the forensic audit and the disclosure of the company's accounts, ”said Havi.

According to him, the LSK chairman said the company's attempts to access bank statements and documents for a planned audit were thwarted by the CEO, who despite an earlier resolution by members to send him on compulsory leave , had refused to leave his post. .

Havi said letters and notices sent to said institutions have always been canceled by the CEO, who, for fear of scheduled audits, advised banks against issuing statements on accounts owned by the company.

“It is evident that there is a strong relationship established between Mercy Wambua and the management of all the banks where the company's accounts are domiciled,” Havi said.

In a rebuttal, Wambua noted that the Board is not only committed to ensuring that a professional forensic audit is performed to address any concerns regarding the management and liability of members' funds, but that it remains focused, apolitical, responsible and respectful.

"The Council implores the President to drop his aggressive campaign of disinformation, alarming and sensational guesswork and join him in recruiting and appointing professional forensic auditors to test the Society's accountability mechanisms for the sake of the LSK, ”she noted.

On July 15, 2021, the Board wrote to the Institute of Chartered Accountants (ICPAK) asking the Institute to appoint a judicial auditor after disputes arose over how to appoint the auditor to undertake the forensic audit leading to prosecution, currently under investigation.

“We ask that you kindly recommend an auditor to the board. The recommended cabinet will be ratified by the members at a special general meeting, ”reads part of LSK's letter to ICPAK CEO Edwin Makori.

"In light of the above, the Board will consider the list presented by ICPAK and other advice on the way forward, ahead of the next extraordinary general meeting of members," the letter said.

He adds: “The Council has requested to receive certified true copies of ALL Law Society of Kenya Bank Account Bank Statements and Mpesa PayBill Statements for the period 2016 to date and forwarded the signature request letters by the vice-president Mrs. Carolyne Kamende on July 19, 2021 ”,

However, according to the letter, Ms. Kamende has yet to sign the relevant letters to facilitate the issuance of certified copies of bank statements.

“The statements will be shared with the members and the appointed forensic auditor, upon receipt,” Wambua noted.

According to the CEO, the Board has requested to receive Mpesa statements for all LSK Mpesa PayBill accounts which are automatically archived by Safaricom every six months and the same will be shared with members upon receipt.

“All of the Company's bank statements have been shared with the independent auditors each year and the balances disclosed in the financial reports,” the letter to members read.

“The auditors also carry out direct confirmations from the banks for the various accounts, information which is transmitted directly to them,” he adds.

Havi and Wambua have been embroiled in a leadership feud that dates back to last year, after Havi accused the CEO of encouraging corruption and abusing company funds.

Wambua was then sent on compulsory leave by Havi, a decision which some of the council members vetoed, before the case went to court.

The LSK chairman would later demand the expulsion of eight board members who vetoed the decision and sided with the CEO, accusing them of insubordination.

This decision was however overturned again by the courts, pending the courts to settle disputes within the company.