By Imarisha (self media writer) | 2 months ago The treasury will start disbursing the Ksh44.8 billion National Government Constituency Development Fund (NG-CDF) in weekly batches of Ksh2 billion from Friday, December 9, in total defiance of an existing court ruling that outlawed the kitty.

In a new twist, the Treasury Cabinet Secretary, Njuguna Ndung’u, reportedly sought the opinion and interpretation of the Supreme Court ruling from the new Attorney General, Justin Muturi, who advised him to release the cash. 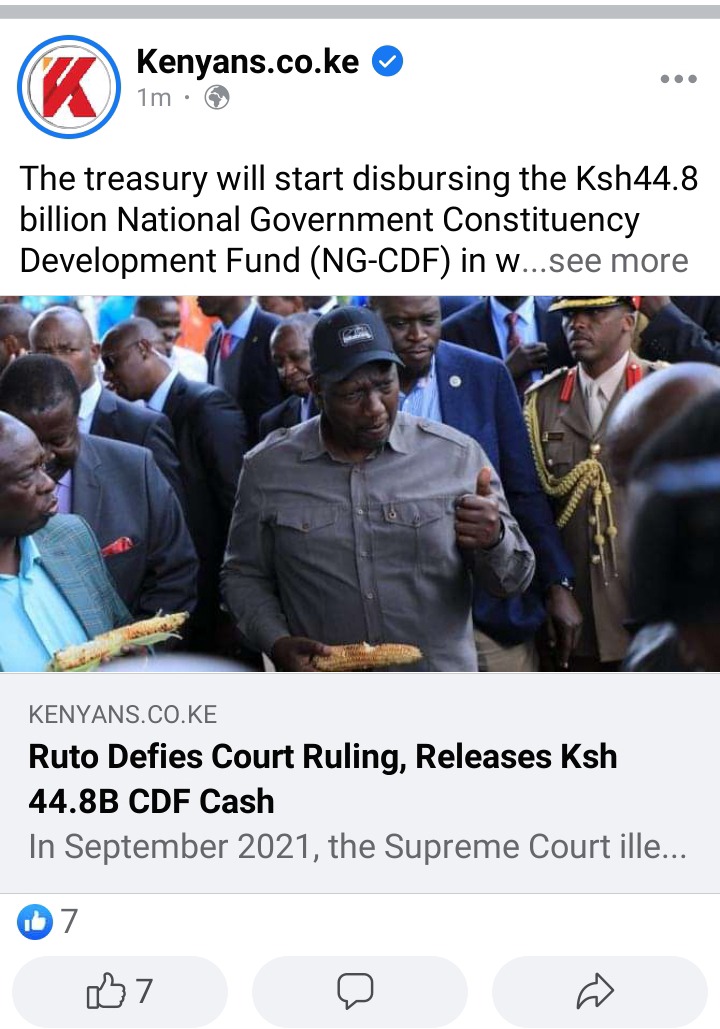 On Thursday, December 1, the Treasury CS wrote to Parliament, updating it on the major developments.

The NG-CDF kitty has been at the centre of heated debate in the August house, with MPs putting aside their political differences to support its continuity.

“I wish to bring to your attention the fact that I have received a statement from the CS Treasury regarding the effect of the Supreme Court’s decision on the matter of the NG-CDF Act and the accrued liabilities of the Constituency Development Fund (CDF) and NG-CDF,” stated the Speaker of the National Assembly Moses Wetangula.

In the AG’s opinion on the kitty to the treasury, the fund technically remains in force as the ruling affects the CDF Act 2013 and not the NG-CDF Act 2015.

Content created and supplied by: Imarisha (via Opera News )