By KipepeoNews (self media writer) | 5 months ago 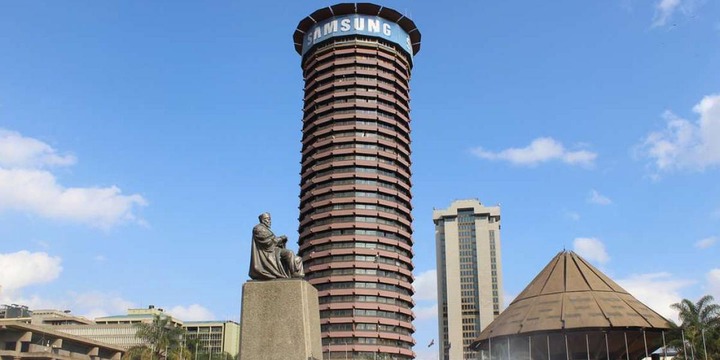 Auditor General Nancy Gathungu has uncovered that the Government of Kenya isn't the owner of the land where 28-story Kenyatta International Convention Center (KICC) stands.

In her most recent report, Gathungu has revealed that the state corporation just as the Garden Square Restaurant believed to be part of KICC have title deeds which read an different name from that of the Kenyan government.

While while withholding the name on title deed, the Auditor General hailed the evident oversight noting that the property has been estimated to be Kenyan shillings 2.29 billion.

The ownership of Square Restaurant has been disputed where KICC makes a case for it and the Nairobi County government also makes claims on it.

A letter by Head of Public Service Joseph Kinyua had guided the Ministry of Lands to gazette the Garden Square land as a public land and as part of KICC. 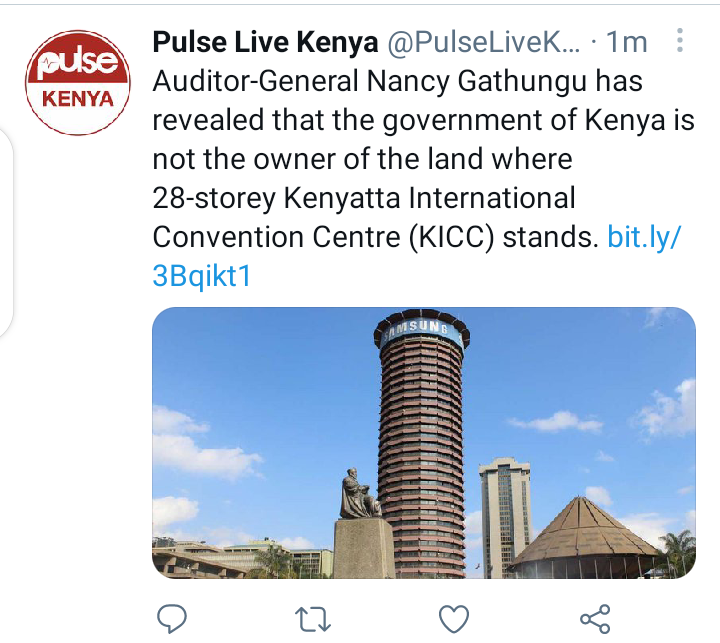 The Auditor General's report, in any case, affirmed that the gazettement and issuance of title to the café's management was yet to be done.

Further raising disarray over the ownership of the land is the Kenya African National Union (KANU) party which is making claims on the land also.

KANU claims KICC as one of the party's property regardless of having been forcefully evicted from the building in 2013.

In archives recorded with the Registrar of Political Parties, KANU demands that it is the real owner of the multi-billion property asserting that it holds the title deed to KICC.