By Domee (self media writer) | 1 year ago 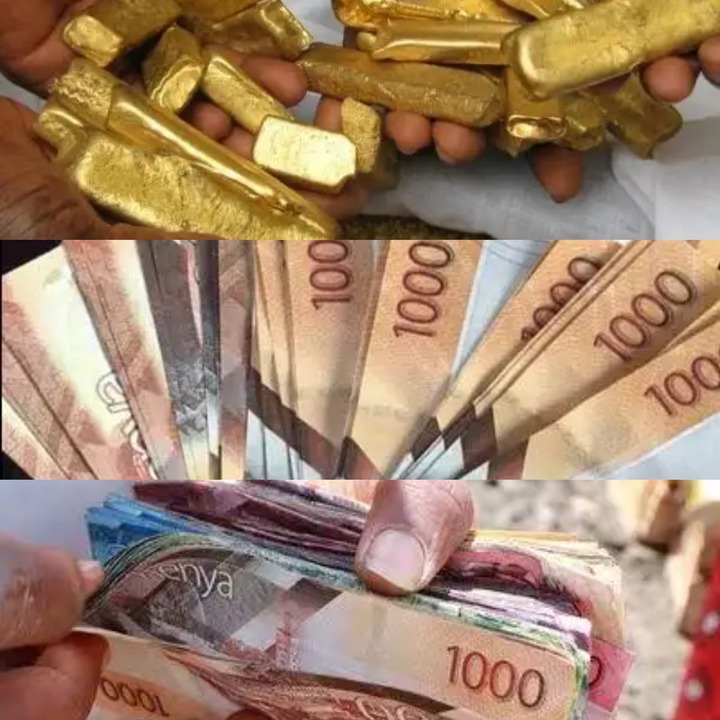 Fake money is commonly done by people who want to become rich quickly.Wash wash guys know that everyone wants to become a millionaire overnight, especially the youth—which is why they deal with fake money.Recently Two men were arrested after they were found in possession of fake currencies worth Sh750 million.The men identified as Samuel Maina and Boniface Mungai were arrested from an apartment in Kilimani area where they had kept the fake papers in Kenyan, US and Euro bills.The money was kept in metal boxes.Police say they recovered chemicals and fake badges bearing names of UN, Della Rue and National Treasury and several safes.

Gold being one of the most expensive metal it makes so worth increasing it's demand.Several prominent people have been found in scardals involving gold.You remember gold scandal involving Moses watangula a senator in kenya.This is not the first time where foreigners have fallen victim to fake gold scam which has led to loss of millions of shillings.In September this year, an Indian investor lost Sh200 million to fake gold dealers who packed stones for him and asked him to wait for his consignment back home.

Fake tenders are advertised in news paper and TVs.The notice is mostly placed by politicians and their proxies. When you qualify, they tell you to deposit some amount of money, nonrefundable to their bank account. That is the last time you’ll hear from them.The former Sports Cabinet Secretary Rashid Echesa was arrested over a Sh39 billion fake tender deal to supply the government with military surveillance equipment, guns and ammunition.There were claims that one of the American merchants keen on the “lucrative” deal had been hosted by Echesa at DP Ruto’s Harambee House Annex Building.Echesa is a close political ally of the DP.Police said Echesa was arrested following a complaint by two gun dealers who claimed he had swindled them Sh11.5 million they had paid as “consultancy fee”.

While people post fake job adverts for various reasons such as to access the market or commit a crime, you must take your time to verify the authenticity of a job advert. To avoid falling into the trap of fraudsters or wasting your time and resources applying for a non-existent job.