Port managers in a Spot as DCI Probes Container Smuggling

By Jacksmall.com (self media writer) | 23 days ago 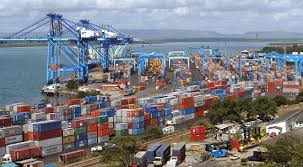 The Directorate of Criminal Investigations (DC) is probing container smuggling at the Port of Mombasa. This comes amid fears that unscrupulous traders are evading tax believed to be running into billions of shillings.

The traders are said to be colluding with corrupt port staff to have contraband goods enter the country. DCI boss George Kinoti now wants those behind this racket held accountable.

Kinoti has written to the Kenya Ports Authority (KPA) seeking vital information to help in the investigations. In a letter signed by DCI head of investigations John Gachomo, Kinoti asked the port officials to secure crucial documents.

Detectives want access to details contained in the KPA servers at the Kilindini water front since February. At the same time, the DCI boss wants the KPA managers to provide details of the owners of all containers that have passed through the port in the last seven months.

Further, the DCI wants records of tax paid on all cargo during the same period. KPA will also be required to present the DCI with shipping line manifestos during the period, and the registration of vehicles used to transport the containers.

Gachomo said his officers will also be visiting the port to record statements of two senior managers who are also suspects in the matter.

"Kindly take the necessary administrative action to preserve the integrity of Kwatos system, which is holding important data at the centre of billion this investigation," Gachomo said.

The copy of the letter seen by 7he Standard indicates KPA received the letter on Monday,Kenya although Acting Managing Director John Mwangemi said he was yet to receive the letter.

"I have not received such a letter. I do not know anything about the said investigation," he said.

3 Simple Tricks To Detect a Fake Item In the Market.