BBI Reggae Is Back: Inside Uhuru-Raila Plans To Revive BBI Reggae

Raila Odinga, the leader of the Orange Democratic Movement (ODM), has hinted at the revival of the Building Bridges Initiative (BBI), which was supposed to terminate earlier this year. 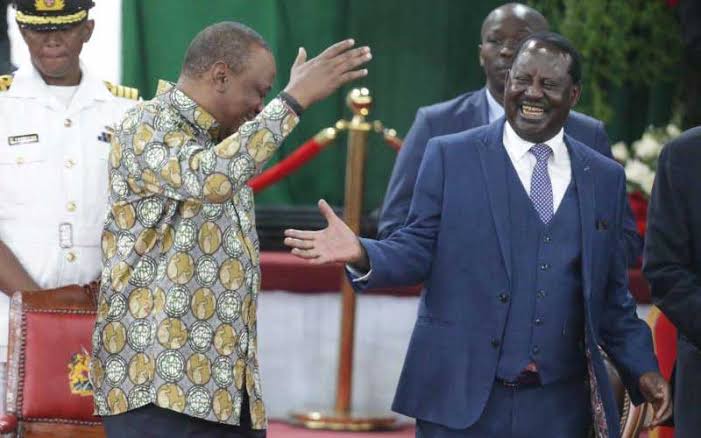 Odinga said the program is on hold and will resume soon while speaking in Nakuru on Wednesday during the town's designation as a city.

"Reggae iko half time, it will come back. Mpira itaendelea," Odinga stated. 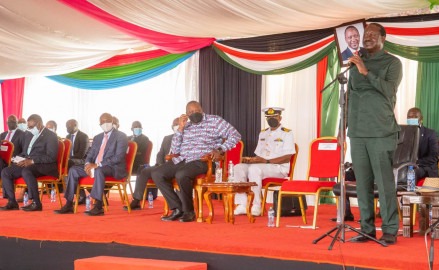 The BBI process, according to the former premier, is concentrated on uniting Kenyans, which has led to the establishment of the 'Azimio la Umoja' rallying cry in an effort to remove tribalism.

"This is why we are promoting Azimio la Umoja which aims to bring our people together. 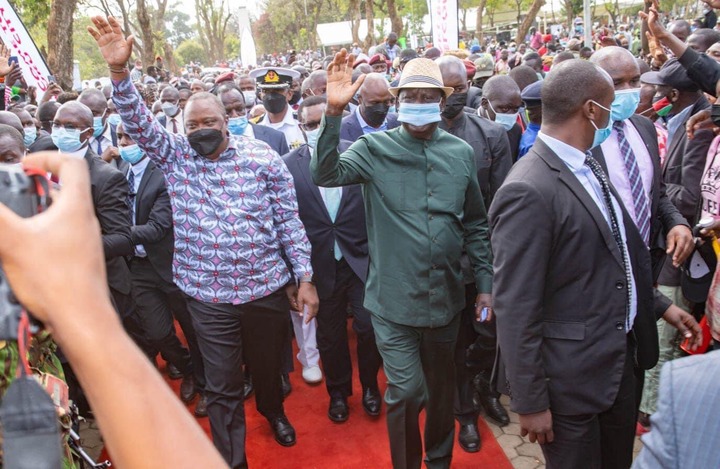 Nakuru is a good example of a cosmopolitan city; almost 42 of our ethnic communities are resident here," Odinga stated.

Citing history, Odinga stated that the importance of Nakuru as a city boasts great milestones in terms of infrastructural developments, promoting diversity and unity for Kenyans. 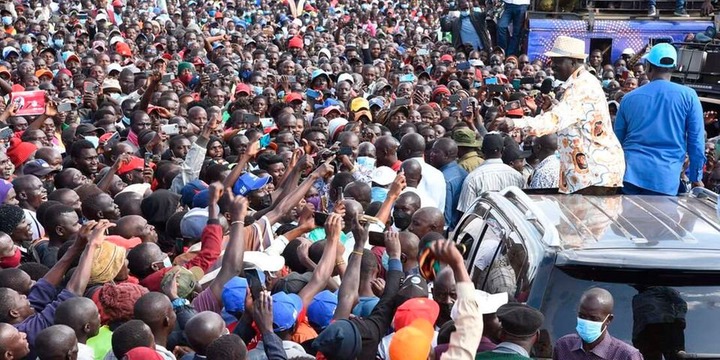 On December 10, Odinga invited citizens to Nairobi, where he stated Azimio la Umoja will convene a conference for all Kenyans, inviting them to join the dream as partners.

"We will be able to realize the dreams of the founding fathers of our nation; One united country where everybody is a Kenyan and whatever is available we share together as one family," Raila Odinga said. 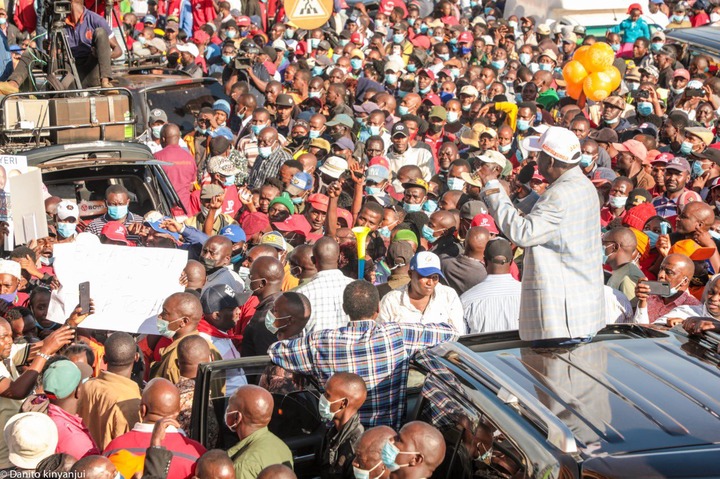 Odinga's statements come after President Uhuru Kenyatta resurrected the BBI topic in his ninth State of the Nation Address, slamming the judiciary for halting the process of amending the 2010 Constitution.

President Kenyatta highlighted that the BBI process was a public effort, claiming that the courts had gone against the people's desire and deprived the country of much-needed political stability.

"My administration attempted to resolve the constitutional dilemma facing our country.

We went to the people and 5 million Kenyans agreed to initiate the process of putting to the vote the First Amendment to the 2010 Constitution," said the president during the event. 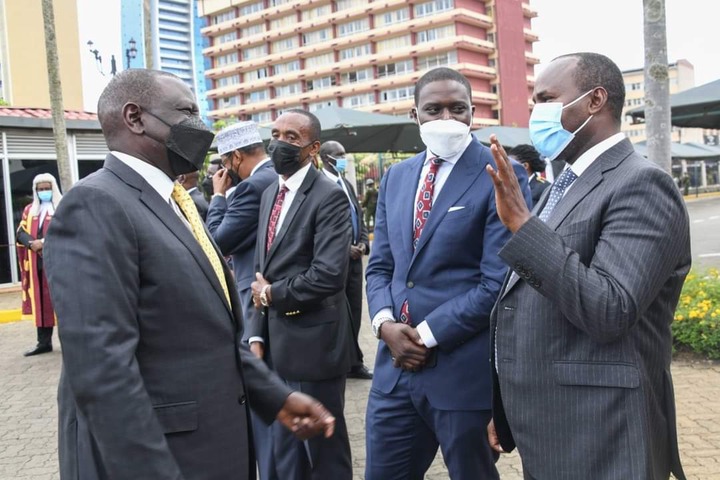 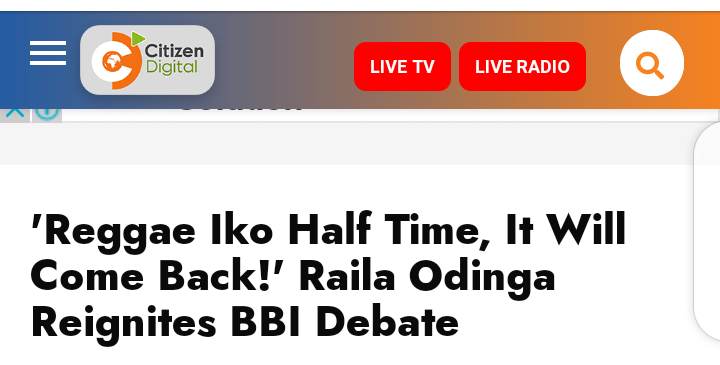 The initiative was found unconstitutional by the High Court in May 2021, stating that President Kenyatta lacked the legal authority to introduce a public initiative to modify the Constitution.

The government and proponents of BBI were unsuccessful in their attempt to appeal the decision to the Court of Appeal. 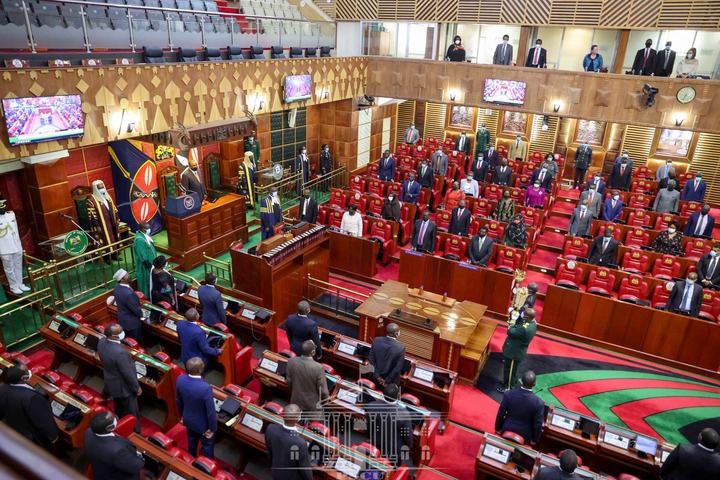 President Kenyatta's proposal to modify the constitution through the BBI process was overturned by the Appellate Court, and the Attorney-General has subsequently filed to the Supreme Court to contest eight of the Appellate Court's conclusions.

The Supreme Court is scheduled to hear the BBI appeal case in January 2022. 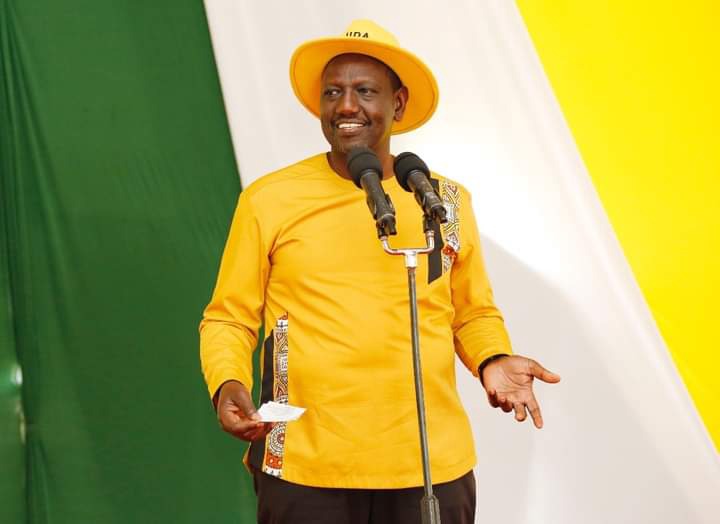 Do you think BBI and reggae will solve the problems faced by Kenyans today?

Do you think Raila Odinga and Uhuru Kenyatta will manage yo revive BBI initiative and the Constitutional Amendment Bill after it was dismissed by the Courts? Let us hear your reaction in the comments section below.

Truth or impiety: Raila Brags How He Saved Uhuru From Ruto, as He Exposes DP