Opinion: Dream PSG Starting 11 Team that Will be Unstoppable Next Season

By Dogecoin (self media writer) | 2 months ago

Messi signed a 2 year contract with PSG today, this adds to the lethal attack of the Ligue 1 side. With Neymar, Mbappe, Messi and Di Maria teams will now think twice before facing the them. PSG has made vital transfer decision this summer, which adds to the list of it's already star players.

They signed Ramos, Wijnaldum, Donnaruma, Hakimi and now Messi. Using their normal 2-4-3 playing model fans would see a starting 11 of; Donnaruma (gk), Ramos, Kimpembe and Marquinhos as defenders. In the midfield Di Maria, Verratti, Wijnaldum and Hakimi will be starting. In the attacking they will field Neymar, Mbappe and Messi. 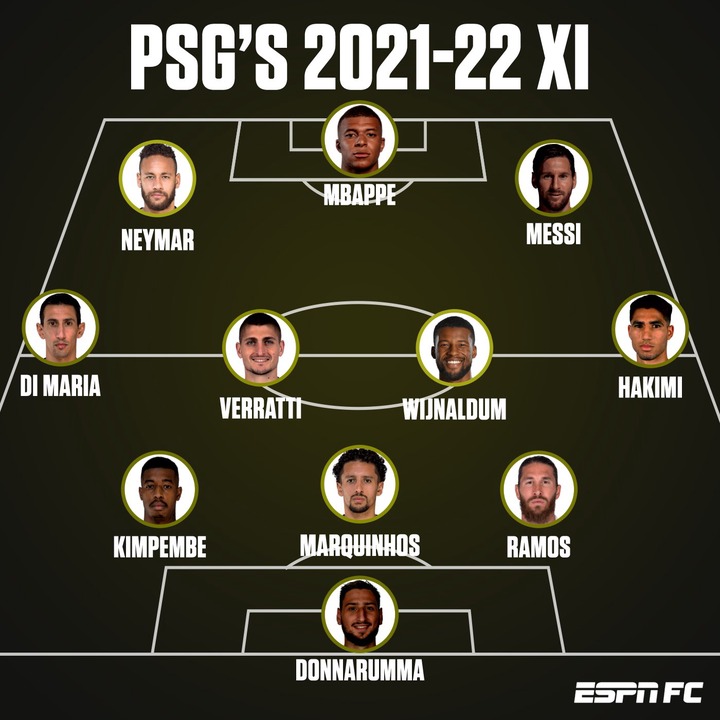 With such a star studded team Pochettino might be lining to win his first ever trophy. PSG have played several champions league tournaments without wining one and people are betting on them to claim the trophy. 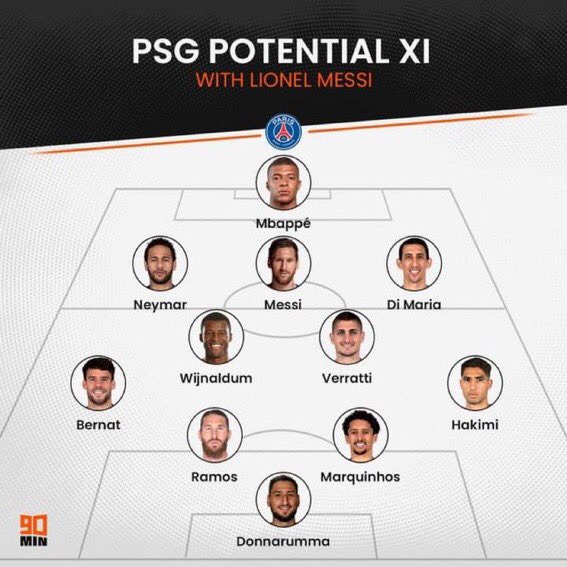 PSG might also field a 4-2-3-1 format that might see Mbappe as the only striker with Di Maria, Messi and Neymar forming the attack line.

Fans will be eager to see what this team does and whether they will reign Europe or not. PSG lost the league trophy to the eventual winners Lille last season and they might be beginning their reign as Ligue 1 champions again.

What do you think about this team? Which format do you prefer PSG to use? Comment below.