Scannable QR Code Projected on the Skies of Shanghai

By GeniousW (self meida writer) | 20 days 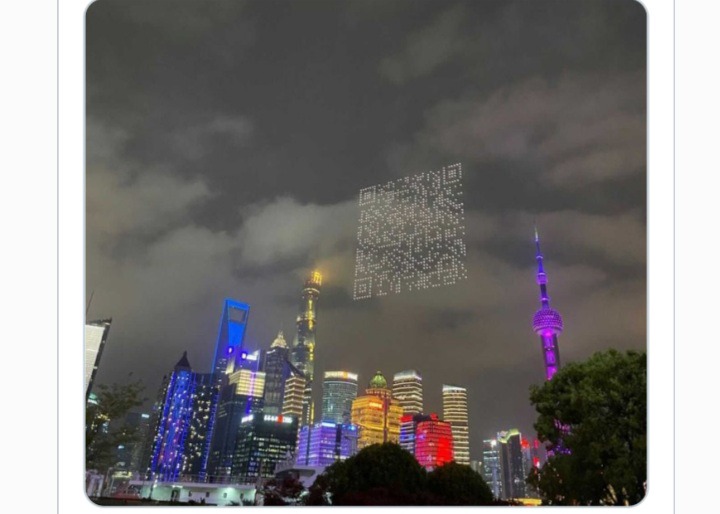 Scanning the QR code a Japanese video game started to dowload, as most attested.

According to reports, a Chinese video streaming company, Bilibili was reaponsible for this. They did it on their first anniversary of the release of the Japanese role playing game called Princess Connect.

According to Vice.com, it is indicated that there were 1500 illuminated drones that was formed into the games logo before being transformed into a QR code.

In Chinese, QR codes are used basically in every place. This varies from the restaurants, groceries and other purchase places in general.

Most people are amazed at how technology is being used to display miraculous staffs on the skies.

Below are some of the reactions from people through their tweeter handles. 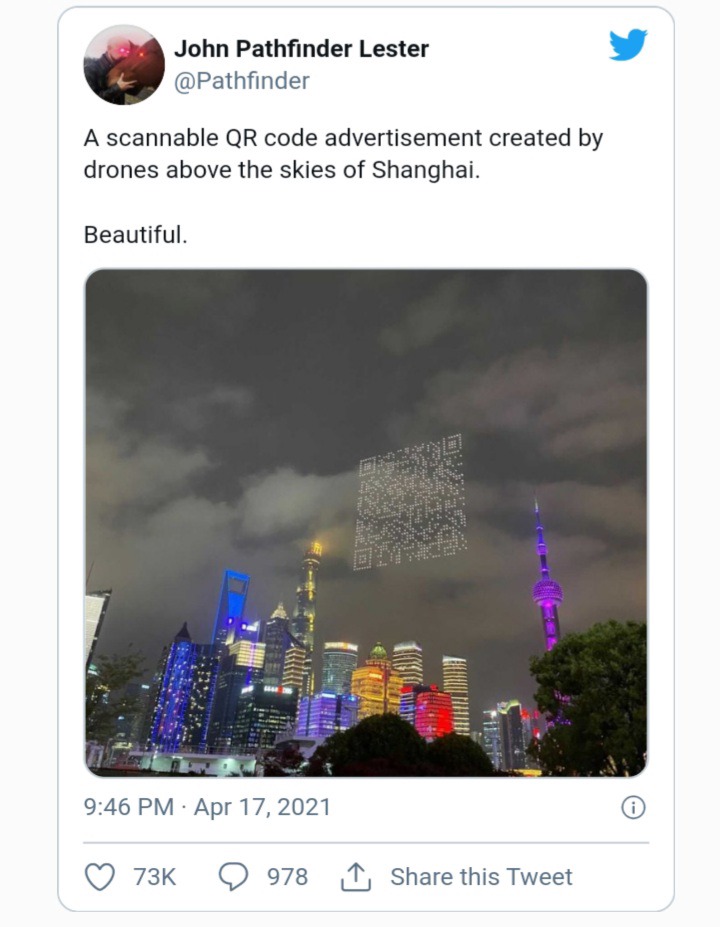 They have also related this incidence to depict the future of advertisements.

Content created and supplied by: GeniousW (via Opera News )

'Women Please Don't Take Loans For Your Husbands. Save That Money For Future.' Akothee Advices Women