Different Types Of Software And How To Classify Them

By Bondari (self meida writer) | 6 days

What Is Software – Definition And Examples Of Software

By definition, software is a computer program that provides instructions and data to execute a user’s commands. It is an indispensable part of the machine you cannot see, but it allows you to use the computer … just like how a mouse, monitor, hard drive and keyboard help you use the computer.

Some common examples of software include Microsoft Word, Adobe Photoshop, Adobe Reader, Google Chrome, Gmail, Powerpoint, VLC, and many other similar computer programs that we often use in our daily life. If we sat down to list all the examples of software, the list would never end, but what’s more important than that is to understand how they differ from each other.

Types of software can be broadly classified into two categories.

What Are The Two Major Software Types?

The two major types of computer software are:

Whereas, two other types of computer software are: 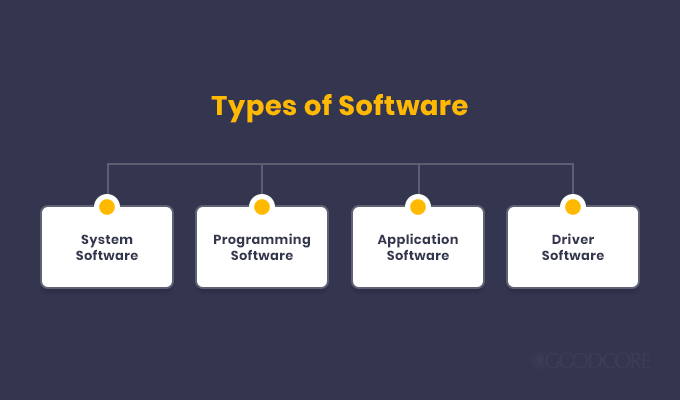 Often programming and driver software are considered as types of system software. But in this article, we will explain each of them to you separately. So continue reading for a detailed discussion on the software types, their uses, and examples. 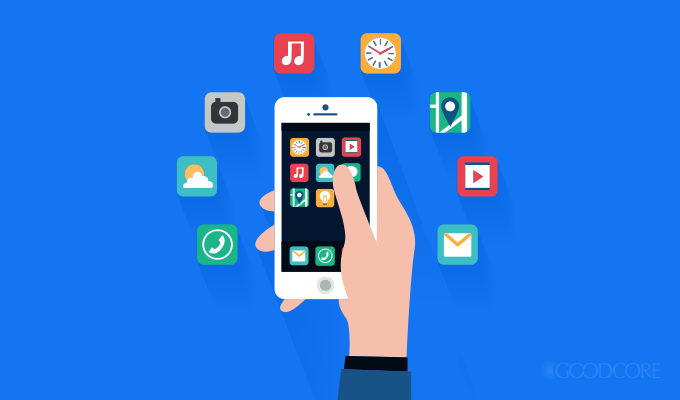 Software applications are also referred to as non-essential software. They are installed and operated on a computer-based on the user’s requirement. There is plenty of application software that you can use to perform different tasks. The number of such apps keeps increasing with technological advances and the evolving needs of the users. You can categorize these software types into different groups, as shown in the following table: 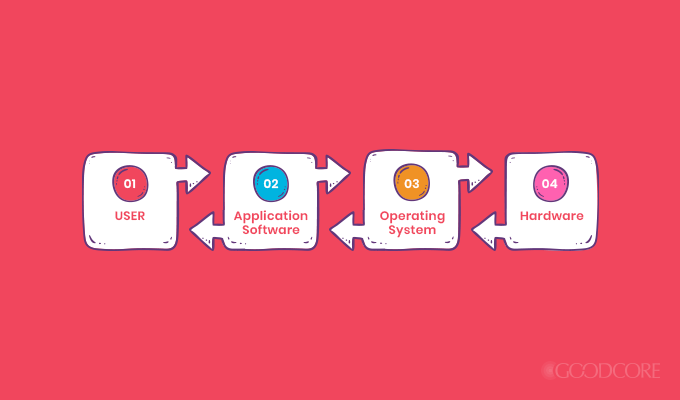 For desktop computers, laptops and tablets:

Other than operating systems, some people also classify programming software and driver software as types of system software. However, we will discuss them individually in the next two sections.

Programming software is the type of software that is not used by end-users. It is not for you unless, of course, you are a programmer who writes code. Programming software are programs that are used to write, develop, test, and debug other software, including apps and system software. For someone who works at a bespoke software development company, for example, this type of software would make their life easier and efficient. 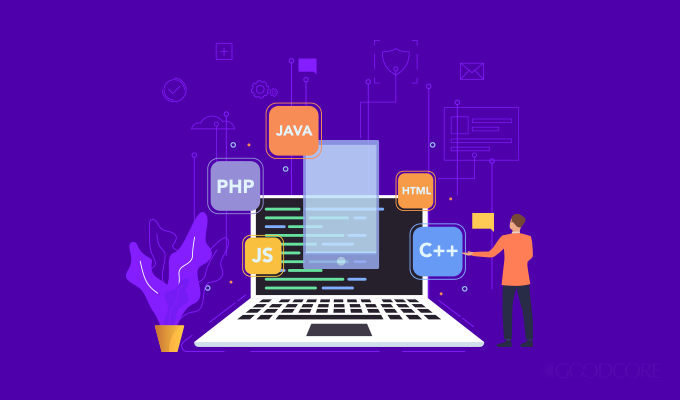 Programming software is used by software programmers as translator programs. They are facilitator software used to translate programming languages (i.e., Java, C++, Python, PHP, BASIC, etc) into machine language code. Translators can be compilers, interpreters and assemblers. You can understand compilers as programs that translate the whole source code into machine code and execute it. Interpreters run the source code as the program is run line by line. And assemblers translate the basic computer instructions – assembly code – into machine code.

Driver software is often classified as one of the types of system software. They operate and control devices and peripherals plugged into a computer. Drivers are important because they enable the devices to perform their designated tasks. They do this by translating commands of an Operating System for the Hardware or devices, assigning duties. Therefore, each device connected with your computer requires at least one device driver to function. 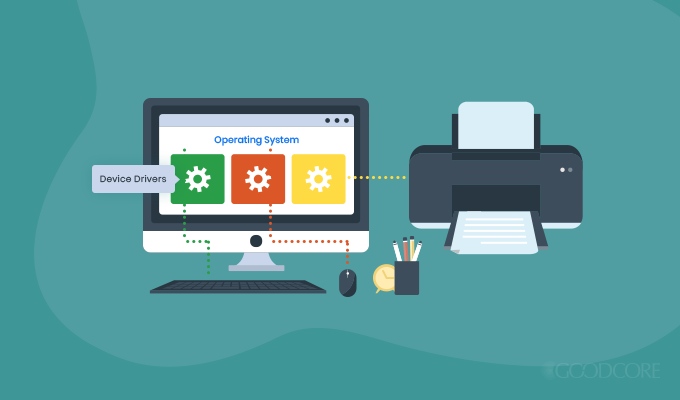 Since there are thousands of types of devices, drivers make the job of your system software easier by allowing it to communicate through a standardized language. Some examples of driver software that you may be familiar with are:

Usually, the operating system comes built-in with drivers for mouse, keyboard, and printers by default. They often do not require third-party installations. But for some advanced devices, you may need to install the driver externally. Moreover, if you use multiple operating systems like Linux, Windows, and Mac, then each of these supports different variants of drivers. For them, separate drivers need to be maintained for each.

Now that we have discussed the major types of software and now you must be wondering about the software you use most frequently. For example, trendy social media software applications like Snapchat and Instagram or photo editing apps like PhotoShop and Snapseed. You must be thinking about what category they fall under. Can they only be classified as a broad category of Application software or are there better ways to describe them? The answer – yes, other than the major types of computer software there are various subcategories of software. 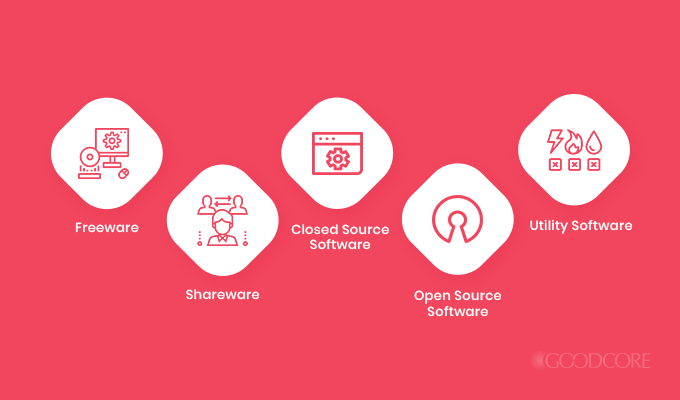 Freeware software is any software that is available to use for free. They can be downloaded and installed over the internet without any cost. Some well-known examples of freeware are:

Although they all fall under the category of Application or end-user software, they can further be categorized as freeware because they are free for you to use.

Shareware, on the other hand, are software applications that are paid programs, but are made available for free for a limited period of time known as ‘trial period’. You can use the software without any charges for the trial period but you will be asked to purchase it for use after the trial ends. Shareware allows you to test drive the software before you actually invest in purchasing it. Some examples of Shareware that you must be familiar with are:

This is a type of software that has an open-source code that is available to use for all users. It can be modified and shared with anyone for any purpose. Common examples of open source software used by programmers are:

These are the types of software that are non-free for the programmers. For this software, the source code is the intellectual property of software publishers. It is also called ‘proprietary software’ since only the original authors can copy, modify and share the software. Following are some of the most common examples of closed-source software:

Utility software is considered a subgroup of system software. They manage the performance of your hardware and application software installed on your computer, to ensure they work optimally. Some features of utility software include:

Content created and supplied by: Bondari (via Opera News )