The Most Common Reasons Why a Hard Drive Failure Occurs 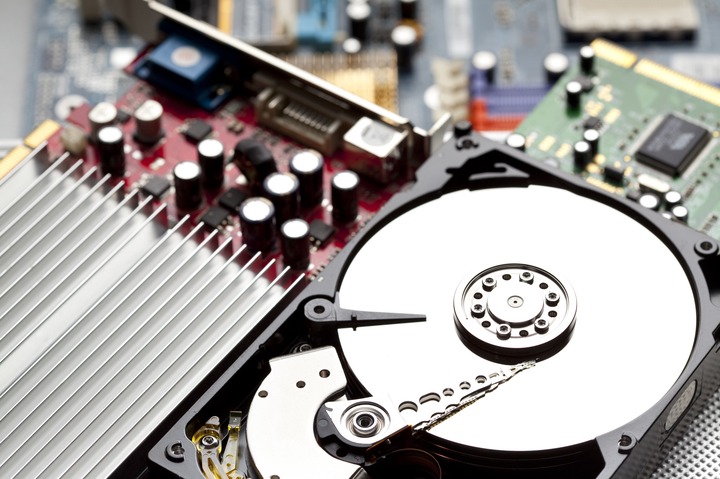 If you’re like most people, you probably have all kinds of things stored on your hard drive. From family photos and videos to important work-related documents, you can’t afford to lose these things at any point.

But you might be forced to part ways with them if you ever experience hard drive failure. It’s why you should do everything in your power to prevent your hard drive from conking out on you.

One way to do it is by learning about the most common causes of a failed hard drive. It’ll help you figure out some of the things that might take down even the best hard drive devices.

Take a look at a few of the things that can result in hard drive errors and, eventually, hard drive failure below and set out to avoid them at all costs.

A hard drive isn’t designed to last forever. In fact, the average hard drive will typically only last for about 4 years or so before it’ll need to be replaced.

That being said, there are some hard drives that will last you a whole lot longer than that. It’s not that uncommon for people to get a decade out of a computer with a hard drive in it before needing to replace it.

You should also get into the habit of backing up anything that you store on a hard drive early and often. It’ll protect all your important photos, videos, documents, etc. in the event of hard disk failure.

If you ever spill water, soda, beer, or any other form of liquid anywhere in the general vicinity of a hard drive, you should always spring into action right away and clean it up. Liquids can kill a hard drive quicker than almost anything else.

For this reason, you should try to avoid drinking anything when you’re on a computer. You should also keep a computer up off the ground so that it doesn’t come into contact with any water that might be on your floor.

You should even go as far as to keep the humidity levels in your home down. High humidity levels can lead to moisture building up in your computer and doing damage to your hard drive if you’re not careful.

Dropping a computer can damage it in a number of different ways. It can crack the screen on it, dent the body on it, and, in some cases, it can even have an impact on the various parts tucked away in its hard drive.

If you only drop a computer once, you might get lucky and not do any damage to the hard drive at all. Most hard drives are strong enough to sustain a single fall.

But if you get into the habit of dropping a computer on a regular basis, it’s only going to be a matter of time before this leads to hard drive failure. You should do your best not to drop a computer at any time to reduce the chances of your hard drive getting damaged.

Power surges can wreak havoc on almost all of the appliances and electronics in your home. And they can really take a toll on your computer if they’re able to get access to it.

All it takes is a single power surge to fry your computer for good. It can make it impossible for you to use your computer moving forward and lead to permanent hard drive failure.

You’ll regret not using a surge protector if you ever experience this. It’s a relatively cheap investment when you consider all the good that it can do for you.

Whatever the case, you should stop your computer from getting as warm as it’s been getting in recent days. If you don’t, all of the heat that is building up in it could result in hard drive failure.

Heat is almost as bad for your computer as moisture. It’s going to cause complications with it, and in a worst-case scenario, it could even kill it altogether.

Most computer viruses aren’t going to cause hard drive failure. They’ll prove to be inconvenient, but they won’t take your entire computer down.

There are, however, some computer viruses that could do damage to your hard drive and put you at risk for hard drive failure.

If your computer is ever infected with a virus or, worse, multiple viruses, you should set out to remove them right away. You should also be prepared for the possibility of hard drive failure if you don’t get to them quickly enough.

You’re not going to be able to keep your hard drive around for the long haul. It will eventually kick the bucket on you and put you in a position where you will have to buy a new one.

But you should be able to avoid some of the most common causes of hard drive failure and keep your hard drive around for longer. Use everything that you’ve learned about here to take the right steps towards protecting your hard drive.

Content created and supplied by: Jraww (via Opera News )