By HaronKenyan (self meida writer) | 19 days 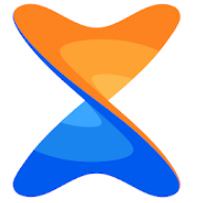 Did you know the Xender app was designed in China? Yes, it was. Xender was designed by three Chinese programmers: Chandware, Narwani, and Tingu in 2011. The idea originated from Peter Jiang in a company called Xender Digital Technology Private Limited. Xender can share data: videos, images, audio files, and more without internet bundle requirements nor a USB cable. Its main strengths include:

These advantages, plus more features being added, have enabled it to gain millions of users worldwide. A more significant percentage of this population resides in Mexico, India, and Brazil; however, this app is used in more than 30 countries. Since its launch in 2012, the app has surpassed its competitor apps within a short time hitting 200 million users only in 3years. By 2019 it had managed 500 million users, and this figure has risen to 700 million users.

Xender’s competitors included: Bluetooth, flash share, Shareit, dukto, and google files, and many others. However, its strong competitors are Google Drive, Anywhere – which is available for mobile app, desktop clients, and as extensions, add-ins, web app and plugin as in WordPress, and lastly, Dropbox transfer.

Users occasionally experience slow transfer speeds when using the app, the reasons for this include:

These shortcomings don’t result from it but from the environment in which the user uses the app. Therefore, the app has grown to interest and be of importance to a significant majority. Disadvantages of the app also exist despite its success:

Its transfer speed reduces when the devices transferring data are very close to each other. It also automatically downloads a newer update from a device connected to it without the owner’s consent.

Content created and supplied by: HaronKenyan (via Opera News )

Ombaka Trajedy: Residents And Schools Submerged As The Region Records Poor Performance In KCSE Ever

Confusion As Attorney-General Withdraws His Petition Against BBI Ruling