All you need to know about squad game.

By Euny (self media writer) | 9 days ago 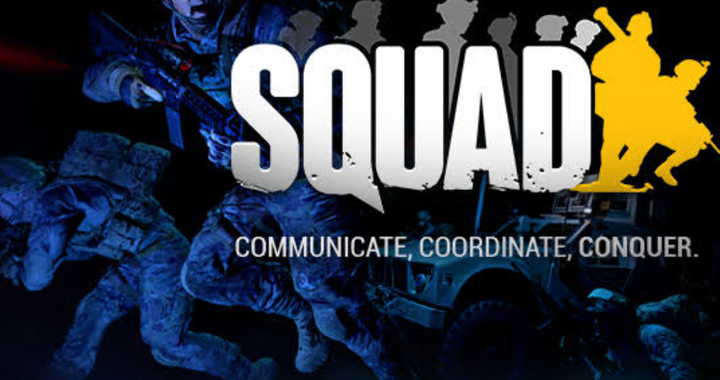 Squad is a large-scale online multiplayer first-person shooter that aims to capture combat realism through communication and teamplay. It is self-published through Steam and is a spiritual successor to the multi-award-winning Project Reality modification for Battlefield 2.

There is lot to learn for a new Squad player. Better do your first baby steps at your own pace without pressure from flying bullets and screaming squad leaders. Do it for your own sake and that of others. If you have no clue whatsoever and go right into a multiplayer game, you will become a burden to your squad and your entire team. You will not enjoy it and you will lessen the experience of others too. Don't be that guy...

When the map has loaded, the first thing you have to do is spawn onto the map. Before you spawn, you might want to choose a kit you want to start with (you can change it later at any time).

So what should you do on the Shooting Range now?Try out the controls and customize them to your liking. For example, you will need to bring up the map often, M is far off, maybe bind it to CAPS. While you're at it, also check the gameplay settings, you may want to modify some of them too.

Try out different graphic settings. Better get this out of the way now.

Try out all kits and all weapons. On the Shooting Range there are no kit restrictions, so you can try out every kit. You can change kits at ammo crates or when you respawn. There are different shooting ranges with lots of targets on the map - go shoot them, particularly over longer distances with and without scopes. And practice with those grenades; they can be fairly tricky to get them where you want them to land.

Try out vehicles. There are plenty on Jensen's Range, including a test track to drive them on. For more information on vehicles, check out the Vehicles page.

Check out the HUD on your screen. There isn't much, but those few elements are important.

Check out the map - you will need it often and it will be your best friend later. Open it now, learn how to zoom and scroll and what all these little symbols mean.

Just get familiar with the game, particularly the most important controls.

If you feel like it, you can also load other maps than Jensen's Range using console commands.

Before we are done, you need to understand the following important concepts, otherwise you're unable to properly play and understand a multiplayer game.

Voice communication is king in Squad. Get your mic ready and check out the comm controls.

Understand the health system in Squad so you know what to do in the different health states you or others may be in.

Understand Deployables and the Logistic System behind it. This is an integral part of the game. Don't worry, initially, all you have to do is help build deployables by shovelling them. If you're unlucky, the Squad Leader may ask you to do a "logi run" - find out more about this in Vehicles.

Squad has different game modes. Check them out so you know roughly what you get yourself into once you go into the multiplayer. Most servers run the game mode Advance and Secure, make sure to read up on that one.

Don't worry about things like tickets and score and the many other aspects of the game. Other experienced players in your team and squad, and most importantly your Squad Leader will take care of it.

Finally, if you want to be fully prepared, go watch a few Twitch streams or YouTube videos of full matches. This gives you an excellent preparation for the typical flow and actions in a multiplayer match of Squad. On Twitch streams you can also ask questions and often get instantly great explanations and tips from the Pros.

Now you are ready to head into your first multiplayer match.

Find a good match and squad

Let's get you into a game. In the server browser you pick a server to play on. 'Choosing the right server and the right squad to play with is key, it will determine a large portion of your experience with Squad, whether this will be good or bad. Hence, choose wisely and according to the following tips.

Most servers are run by communities from specific regions in the world. With the region, often the main spoken language on that server is determined (although some regions are also good with English as a second language, others are not). Ideally, you play on servers in your region and with your own language. Alternatively, you can choose an English-spoken server. It is pointless to play on a server where you can't communicate with the others. Take a close look at the server names, they usually give away their region.

Once you enter the server, you will be automatically assigned to one of the two teams. Now look for a squad that isn't locked or full and join them. When choosing your squad, consider the following points:

As a new player, you shouldn't create a new squad. This will automatically make you the Squad Leader. Believe me, you're not prepared for this yet, let others take on this high responsibility. For the beginning, limit yourself to only joining existing squads.

If you cannot find an available squad, try to change the team (if the auto-balancing lets you) to look for an open squad. If you can't find one, change to another server.

When you join the squad, you can first listen in for a short while to determine if this squad is communicating or not. If it's all quiet for a minute or more, it's not a good sign. Maybe better join another squad instead.

When you decide to stay with this squad, say a short "Hi" over squad comm. Normally, you will get a friendly "hello" back from all squad members. Also, you have to tell them you're new, so they know to go easy on you and show you the ropes. A good squad will do this.

For your first few games, pick a rifleman kit and leave the specalist kits for experienced members. In the future you should ask the Squad Leader what kit he needs and go with that one.

Now you're in the game and the action starts. Try to consider the following guidelines for a smooth start and learning experience:

Follow the orders from your Squad Leader. Always. As good as you can. If you don't understand the order, ask back. In all game modes, Squad is objective-based. You don't win the match single-handedly by a high kill/death ratio but through objective-based teamplay. You won't understand the objectives at the beginning, but your Squad Leader does. Listen to them.

Don't just spawn when you joined a squad but first ask your Squad Leader what is the current objective and where and when he wants you to spawn.

Stay with your squad. Don't wander off. Never lone wolf.

Ask for help. It's your time to learn now and others are happy to help you. We all started as beginners. Good players know that.

When you get incapacitated, don't give up and respawn. Call out to your medic and wait to get revived. You just saved your team a ticket - a ticket towards victory.

Communicate. Voice communication is an integral game mechanic in Squad and, once you have gotten used to it, one of the most enjoyable aspects of the game. Being good at communication takes time, learn it from your fellow players.

If you found a good Squad Leader, stay with them for multiple rounds.

Lesson of the day

If, at any time, you're not comfortable with your Squad Leader or squad members, change the squad, team or server. Don't stay in a hostile, toxic or silent squad. Never. It only spoils your experience with Squad.

A good squad and Squad Leader will be communicative, friendly and supportive. The whole experience is meant to be enjoyable for everyone.

If it's not, don't ever hesitate to leave and look for a better squad.

Step 4: What lies beyond

Keep playing. With more experience, more depth and options become available to you. Here are some indications:

Start playing specialist roles. The Medic is most often in demand - but make sure you know the health system and mechanics first. Also, anti-tank is often needed. But also try other roles.

Getting Started with Vehicles.

Getting Started as a Squad Leader.

Join the Squad community on Discord and the official forums.

Join a clan or community. 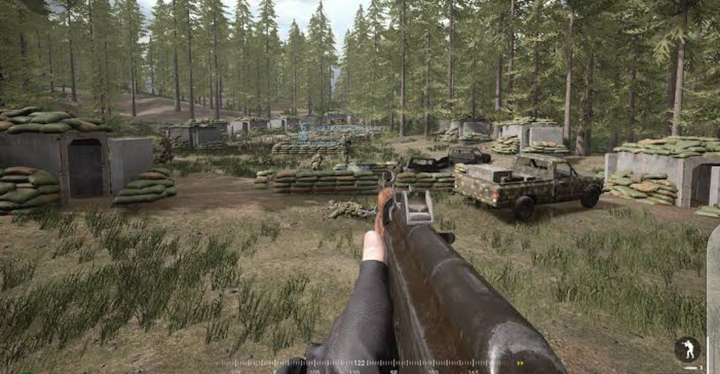 Content created and supplied by: Euny (via Opera News )