The Beliefs of The Ancient Greek

By SaniKeng (self meida writer) | 24 days

For a long time now Greek has been known for its ancient civilization and more especially its government where they are known to have one of the strongest leadership structures in history.

Greece is also known for its military structure where they conquered a lot of Kingdoms more especially the Asian nations. We have heard about the Trojan War, it was written by a Greek Poet called Homer where it was believed that the Mycenaeans of Greek had war with a city called Troy which by then was part of the Turkish Kingdom. The two Kingdoms had a war for a long time because both sides had clever strategies to defeat each other. Eventually, the Mycenaeans found a way to defeat the Kingdom of Troy.

The Mycenaeans build an enormous wooden house such that their soldiers would be able to fit in the horse bell. They also set wheels on the horse. They intended to trick the Kingdom of Troy that they had given up on their war and they agree that they had been defeated. The great wooden horse acted as a gift from Mycenaeans accepting defeat and their tricked worked and Troy took in the great wooden horse celebrating that their gods were on their side. At night, the Mycenaeans Soldier leapt out of the horse and conquered the City of Troy.

The Greeks are known to have strong beliefs in their gods and goddesses going to an extent where they would dedicate their towns to their gods, a good example is the City of Athens dedicated to the goddess Athena who was the goddess of Wisdom. Other parts of Greece offered sacrifices to their gods and their goddess. They had a lot of gods they believed lived on Mt Olympus which is an actual mountain in Greece. Each god and goddess was believed to control a specific part of the natural world.

The Gods and Goddess of Greek

Zeus was believed to be the chief god but also controlled the sky, weather, and thunderstorm. These gods and goddesses were also related because it believed that Zeus had a brother, Pluto who ruled the underworld where the dead spent their eternity. He also had another brother who was called Poseidon and he ruled the sea and all the creatures in the sea.

Zeus' son was called Apollo, he was the god of light and drove the sun on his chariot. Many Greek people believed Apollo was also the god of prophecy and so they would bring a lot of gifts to Apollo’s Temple and ask to reveal to them the hidden knowledge. The Priest and the priestess would then reveal to them on behalf of Apollo.

Hera was believed to be the chief goddess because she was married to Zeus. She was believed that when Hercules, Zeus' son was born, Hera got jealous and send a gigantic snake to kill the boy but Hercules was strong and defeated all the things sent by Hera.

Hermes was also the son of Zeus. He was a winged herald and also the messenger of the Olympian god. He was also considered the god of roads, commerce, and flocks and also the divine trickster. Demeter is the god of agriculture and good harvest. Aphrodite was the goddess of beauty and love who the Greek people needed when they fell in love or wanted to get married.

The Greeks also honored their games in honor of their chief god, Zeus. They, therefore, named their games as Olympic because it was first held in Olympia and it was organized after every four years. 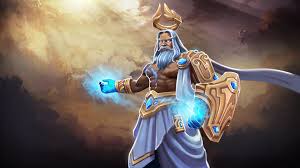 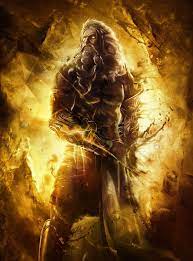 Content created and supplied by: SaniKeng (via Opera News )

Dear Men, Women Are Annoyed By These "10 Men Things" And You MUST AVOID THEM for a good Relationship

Did You Know Cristiano Ronaldo Eats 6 times Per Day (3-4 hours)? How Cristiano Keeps Fit at His Age