Makau Mutua: Will Ruto Lift The Kikiyu-Kalenjin Curse Without Uhuru?

Rivalry between communities in Kenya has been around for quite some times occasionally leading to bloody confrontations over power and resources.

Professor makau Mutua today has delved into the major rivalries that have characterised Kenya since independence.

The first one is the luo- kikuyu rivalry which professor refers to as a Curse. In his article appearing on Sunday nation, Mutua traces the genesis of this curse to post independence era when mzee Jomo Kenyatta fell out with his vice jaramogi oginga Odinga.

Professor Mutua is holding his fingers crossed and waiting to see whether the son of Jomo and odinga can lift the kikuyu-luo curse through their 2018 handshake.

Secondly, Mutua mentions another curse which has been more deadly than even the kikuyu-luo one. The Kikiyu-Kalenjin Curse.

According to Mutua, the kikuyus have that sense of entitlement in that they believe they were born to rule other communities.

The kalenjins on the other hand are the community of incumbency. This is the reason why they find it strange to be out of power.

He goes on to say that ever since Moi became the vice president, they have enjoyed the 'trickle down' benefits of power except during kibaki era.

Professor further says that President Moi who was given power by Kenyatta suffered humiliation when he was a VP hence a number of kikuyus had to pay when he became president.

Those living in the rift valley could be harassed, killed and their property destroyed up until the 2007 post poll chaos which was the climax.

He mentions kiambaa church and the subsequent retaliatory attacks by Kikuyus as the worst the curse has ever visited on Kenya.

"Moi ascended to power courtesy of Mzee Kenyatta, but it’s no secret that Gema attempted to block him after openly humiliating him throughout his vice presidency.

Stories are told of how middling officials would gratuitously slap him. He took it all in his stride. This may explain the psychology of why Deputy President William Ruto is the one doing all the “slapping”. Revenge is not always a dish best served cold.

Once Mr Moi captured power in 1978, he took a sledgehammer to the Kikuyu. He laid waste to the commanding heights of their economy. Very soon, many were reduced to penury. The Agikuyu in the diaspora — Rift Valley — faced pogroms and opprobrium every election cycle." Says Mutua. 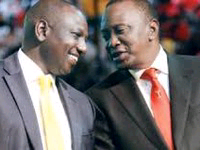 According to Mutua, After the chaos in 2007, Uhuru Kenyatta and William Ruto tried to lift the kalenjin-kikuyu curse but they only ended up putting it on ice.

The curse has now reared its ugly head with Ruto trying to break it alone having camped in central for over three years. However, Mutua doubts whether he can manage alone without Uhuru.

Do you agree with professor Mutua? Feel free to share your thoughts and comments on this on our comments platform. 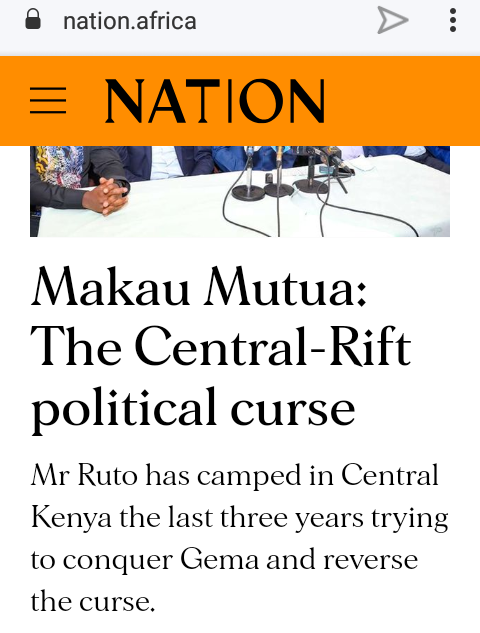