By Desert~rat (self media writer) | 1 year ago

Idi Amin, who died at an age thought to be 78, was one of the most brutal military dictators whose eight-year reign of terror in Uganda will never be easily forgotten. 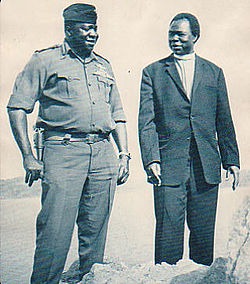 The no nonsense leader possessed a kind of animal magnetism; a quality he used with sadistic skill in his dealings with people he wished to dominate.

On a similar date and month like today's (12 February 1973) he made an impromptu visit to the central police station in Kampala where he issued a stern warning to the police and his army.

On that day, he warned the police and the army against arresting and jailing people without valid reason.

According to him officers who were to go against his command would face dismissal from work without second thoughts. While at the central police station in Kampala, he demanded to meet those who had been detained without charge.

He was shown 41 detainees amongst them were 6 Indians arrested because they had no passports, 5 girls who were believed to be spies of Front for National Salvation (FRONASA) a rebel group that was led by Yoweri Museveni. The rest of the detainees were refugees believed to be from Djibouti and Somali. 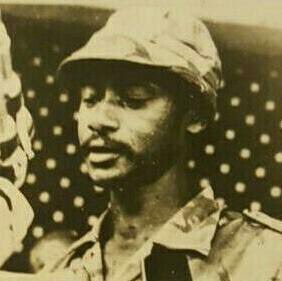 Museveni while he was the FRONASA leader.

He ordered some to be released while others were left in police custody.