History Of The Famous Talai Clan 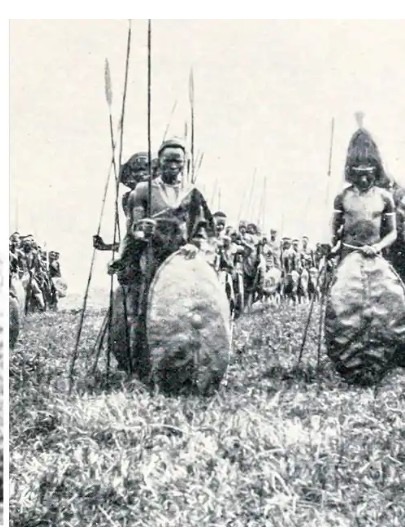 Talai clan is made up of 5 known families: Kapturgat, the Kapsogon, the Kapchesang, the Kapmararsoi, and the Kapsonet. It is believed to possess mystic powers and whatever they handle and bless or curse always come to pass.

In the colonial administration they were evacuated from their home in Nandi and Kericho districts and taken to parts of Nyanza for opposing colonial rule. They are however treated with contempt and fear by local Kalenjin clans and and talk of Incidences that make them feared.

The members are believed to bhave originated from one of the Maasai - lota family clans of the Oloibon and dates back to the mid-1800 during the Nandi- Maasai wars. The same ancestry with Olenana(lenana), Mpatian and Senteu (Sensation). It is common to find Talai people sharing the same names as the Maasai such as Loiyoki, Nasieku, Nganai and many others.

It is the clan that the Medicine man Orkoiyot hailed from . He led the clan in cattle raids and dictated the rain pattern. It is through this that Orkoiyot Koitalel Arap Samoei led the Nandi into a 10 year resistance against the British between 1895-1905 when he was killed, with his death his clan was evicted from their ancestral homes and deposed in Gwasi, Mbita and Mfangano Island in South Nyanza. Those who remained were rounded up and sent to Kapsisiywo the land between 2 rivers Kiutang and Birei for them to be infested with tsetseflies and mosquitoes.A similar operation was carried out in Kericho and Bomet and those who remained were put in camps in Kipchimchim and Nyakacho. The British feared their presence in allegations that the clan possessed " evil powers' that makes the communities repel them. Christian converts were treated with suspicion and those who became priests were usually spied on.

The Talai elders have in many instances corroneted various leaders all 4 kenyan presidents included. They have produced their own the likes of Eliud Kipchoge and various others.

Caught: White Man Captured On a Video Harassing a Security Guard At Chandarana Supermarket In Ngara

Learn from The Best: Most Stylish Male Celebrities in Kenya

Why you fear Kissing your spouse in public places

Why The Kenyan Government Needs To Recognize And Honor PLO Lumumba

Kamanda Changes 2022 Tunes And Sends This Message To Uhuru

Dp Ruto "Untouchable" Now After All These [Opinion]