Father Of Democracy On The World

By Nyariogi (self meida writer) | 17 days 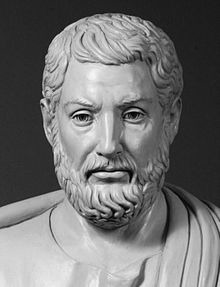 Cleisthenes was an ancient Athenian lawgiver credited with reforming the constitution of ancient Athens and setting it on a democratic footing in 508 BC.

For these accomplishments, historians refer to him as "the father of Athenian democracy."He was a member of the aristocratic Alcmaeonid clan. He was the younger son of Megacles and Agariste making him the maternal grandson of the tyrant Cleisthenes of Sicyon.

Cleisthenes came from the family of Alcmeonides. He was the son of Agariste of Sicyon and grandson of Cleisthenes of Sicyon. Unlike his grandfather who was a tyrant, he adopted politically democratic concepts.

When Pisistratus took power in Athens as a tyrant, he exiled his political opponents and the Alcmeonides. After Pisistratus' death in 527 BC, Cleisthenes returned to Athens and became the eponymous archon. A few years later, Pisistratus' successors, Hipparchus and Hippias, again exiled Cleisthenes. In 514 BC, Harmodius and Aristogeiton assassinated Hipparchus, causing Hippias to further harden his attitude towards the people of Athens.

This led Cleisthenes to ask the Oracle of Delphi to persuade the Spartans to help him free Athens from tyranny. Cleisthenes' plea for assistance was accepted by the Oracle as his family had previously helped rebuild the sanctuary when it was destroyed by fire.

Athenian Athens Cleisthenes Father Of Democracy On The World Megacles