Artist always leave special messages in their works but we’re used to looking at painting as a whole without paying attention to most significant details. I found 8 famous canvases that aren’t as simples they seem at first. Read this article to the end and don’t forget to follow. A fragment of a fresco by Leonardo da Vinci was discovered during the restoration of Ludovico Sforza’s castle. Only the roots of trees making their way through walls are visible so far. Fortunately you are able to watch the restoration of the fresco online.

The Whale that wasn’t 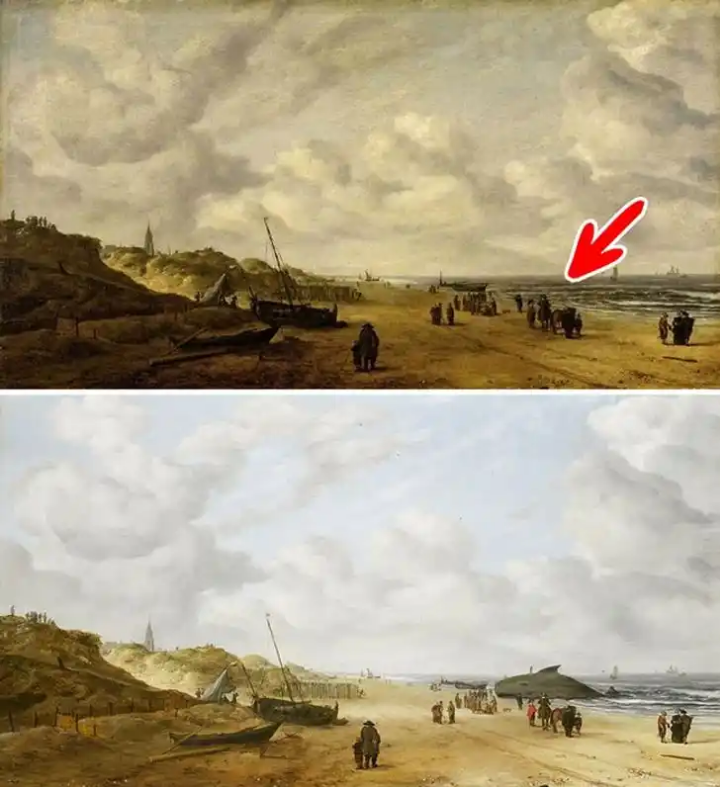 This modest landscape has concealed the truth for 150 years, a restorer cleaning the surface of the picture, found on it a painted whale washed up the shore. Hendrick van Anthonissen is an artist that decided to paint it over thinking a work without a dead animal would be more popular with the audience. The letters “LV” were found in the right eye of the Mona Lisa by Members of Italy’s National Committee for Cultural Heritage. They could indicate the name of the artist, Leonardo da Vinci. Another symbol found was on the bridge which appears to be the number 72. It is believed that the bridge (destroyed in 1472) behind the woman’s left shoulder is the Italian city of Bobbio.

A face in a jag Bacchus is among the famous paintings by Caravaggio that looks rather ordinary, but an experts managed to see something mysterious inside the wine jar, a miniature self-portrait of the artist. The object that is placed in front of the Ambassador is a skull, a trick was done by Hans Holbein the Younger: looking straight to the painting, you can see a person immersed in a routine. Death now is an illusion not worth any attention. But at “right” angle death turns into the only reality that distort the life we know. Conflict that was between Pop Julius II and Michelangelo led to the fact that one of the angels near prophet Zachariah in the Sistine Chapel mural (the prophet was based on Julius II), folded his finger in a fig sign. The gesture was thought to be indecent, so people got the hint. Scientist were able to observe vortices of clouds, dust and gas around a distant star in 2004. The phenomena reminded them of The Starry Night by the Dutchman. When they studied the painting, the researchers concluded that Van Gogh captured one of the most difficult concept in physics and mathematics, turbulence, on canvas.

Lady without an Ermine The original version of the famous painting Lady With an Ermine show that there was no ermine. Leonardo da Vinci drew the gray animal and the blue cloak later. In the final version he made the animal larger and colored it white. It is actually assumed that the lady in the picture is the mistress of Duke Ludovico Sforza who is depicted as an ermine. The animal was a symbol of his house. 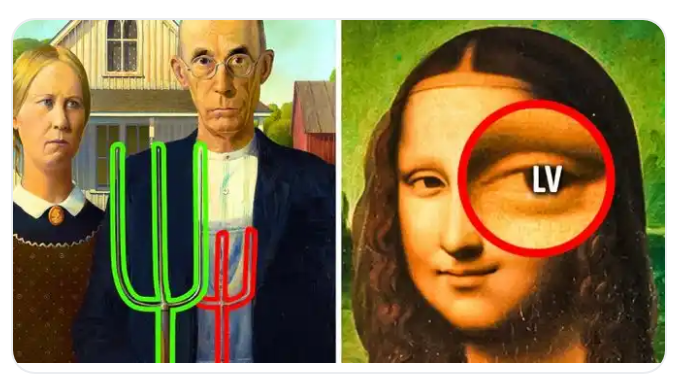 (Video)Drama in Roysambu After a Motorcycle Rider Steals IPhone Claimed to be Worth Ksh 230K, Kenyans Reacts

Miracle Gone Wrong: Pastor Burns A Man To Death After Applying Anointing Oil That Had Petrol On Him.

Big Blow To Chelsea Ahead Of FA Finals.