Get to know Christiano Ronaldo museum where he takes his trophies.

By Benxybee (self meida writer) | 22 days 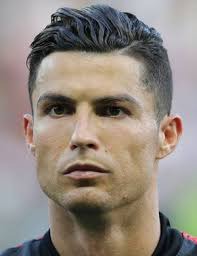 Christiano Ronaldo is the world's most extraordinary football prayer. He's from Spain, Madeira. He got many followers on Instagram than any other player in the world. 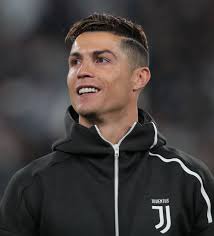 Christiano Ronaldo (CR7) museum is a museum in Madeira which was made public on December 15th, 2013. It occupies an area of 400 square metres. It's floor it's L- shaped and was paved with traditional Portuguese cobblestone and decorated with the CR7 symbol. 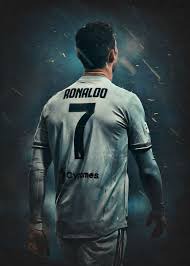 The museum portrays the life story of the mederian football player Christiano Ronaldo and displays the trophies won by him in his brilliant career. 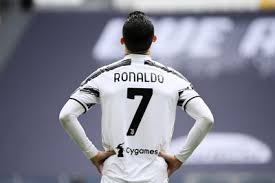 On your visit, you can see iconic photographies of his career, videos and a replica of his wax statue, all the youth and proffesional trophies that he won playing for Andorinha, Nacional, Sporting, Manchester United (UK), Real Madrid (Spain) and Juventus (Italy) are on display in the museum. 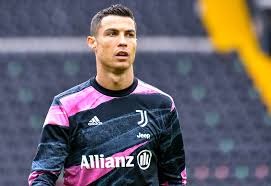 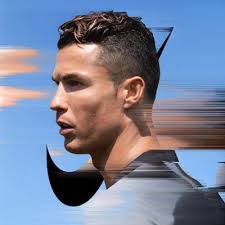 A. Life-size figure of CR7. 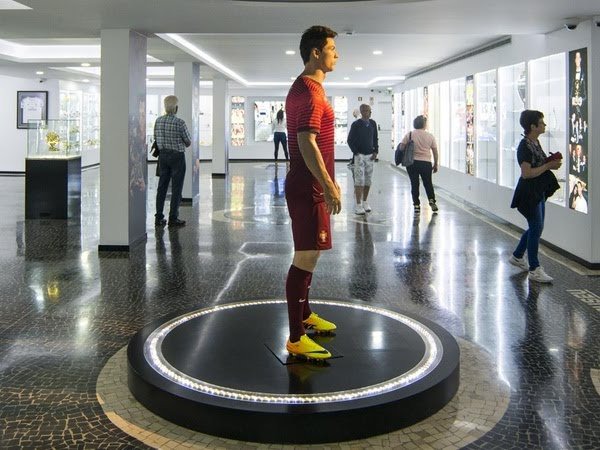 B. Photo of CR7 in his museum. 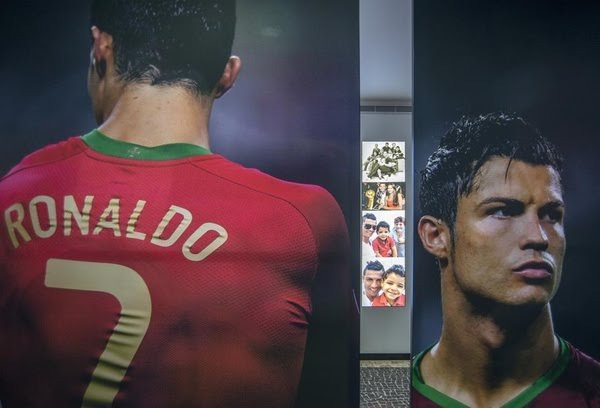 C. Bali d'Or on show on the museum. 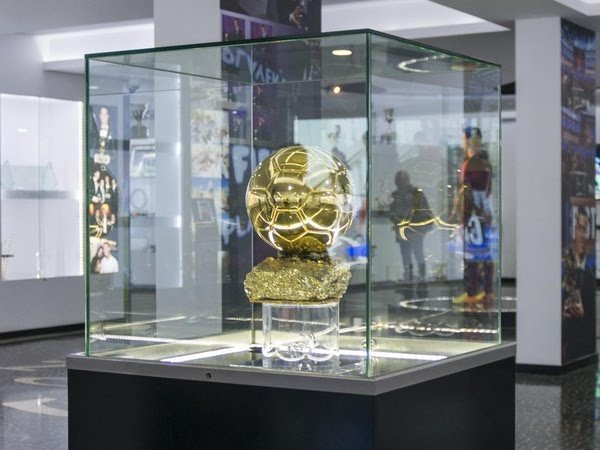 D. CR7 museum with an image of Ronaldo representing the Portugal national team. 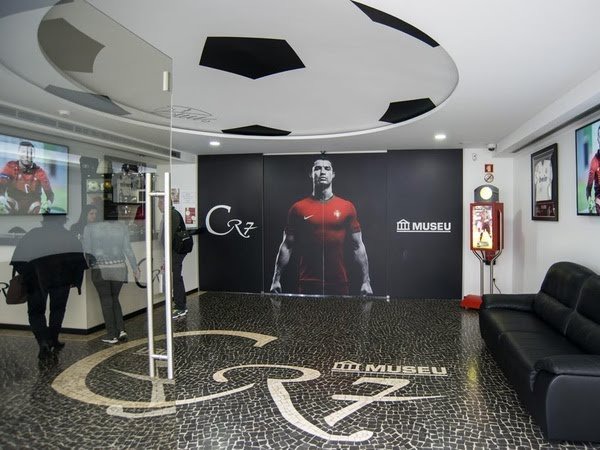 E. Photo of Christiano with the Portugal flag. 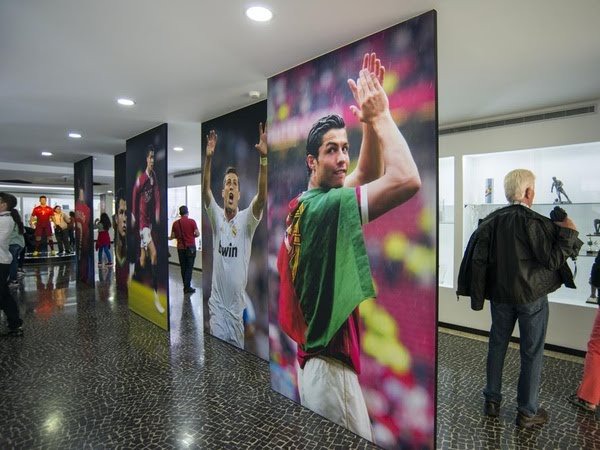 F. Photo of Christiano Ronaldo at the various clubs he has played for. 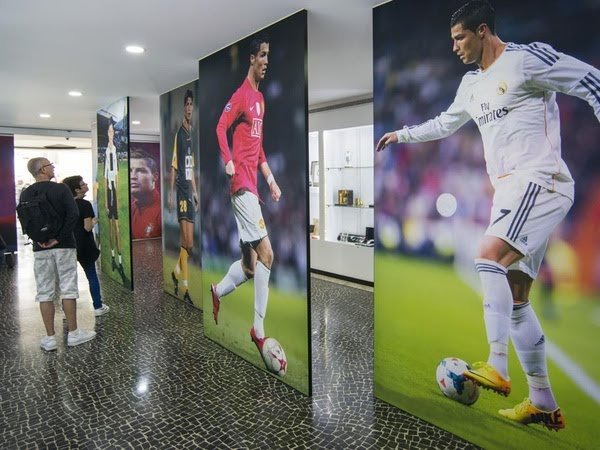 G. The early stages of his football career. 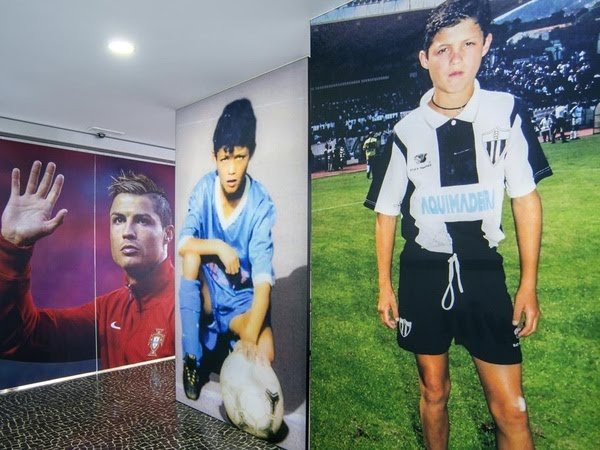 H. Trophies he has won. 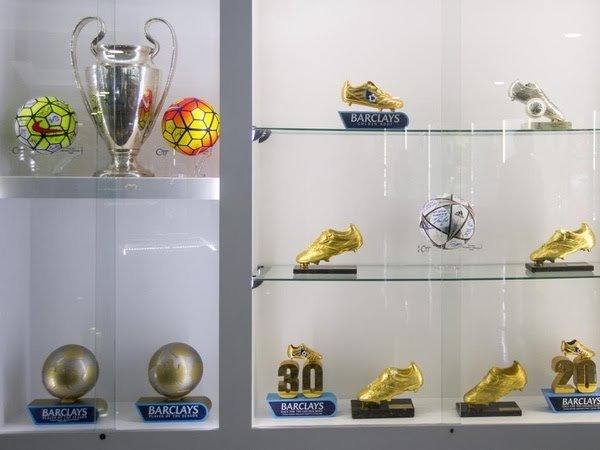 I. Trophy for the best footballer in Europe. 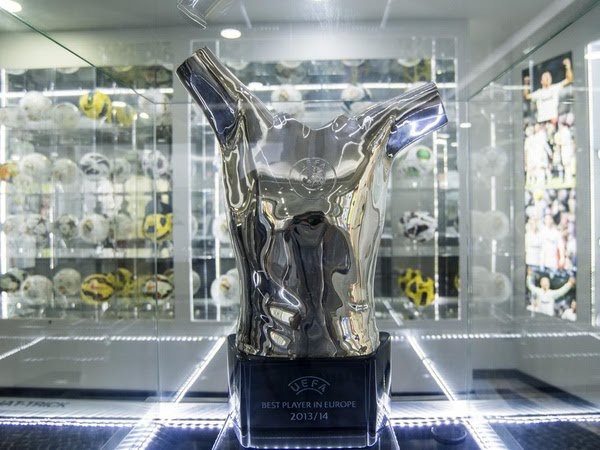