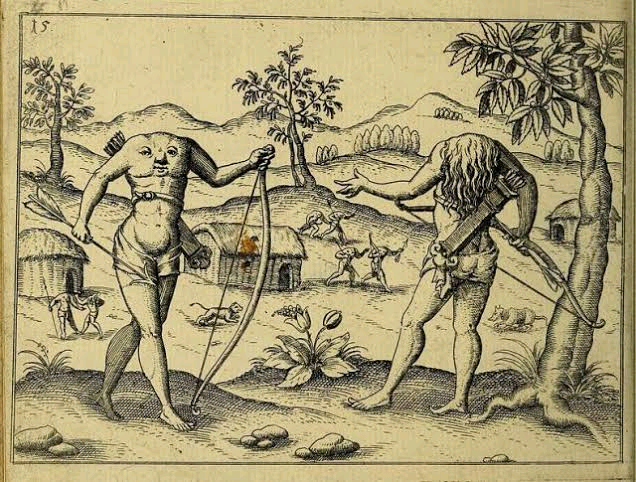 Some 2000 years ago, explorers had all kinds of tales to tell about unusual human beings, including people with animal heads, people without heads,or even people with their feet pointing the wrong way . There have never been any proof of their existence but the more the people who told such stories the harder it became to actually not think about it. We don't know for sure if they were just made up stories or the world held such people a long time ago.

Here are some of the strange tribes the explorers told their stories.

The Blemmyes: The Headless Men Of Africa

The Greek writer Herodotus wrote about a tribe of men with no heads,their body ended at the shoulder. These people, according to Herodotus, lived in the eastern part of Libya in the 5th century. He was backed up by Roman writer Pliny the Elder who maintained that this tribe really existed. He named them the Belmmyae.

It did not end there,as Fermes,an explorer, John Mandeville and Sir Walter Raleigh,all insisted they had seen the headless men. These tribe of men was said to be so dangerous.

The Calystrii: The Dog-Headed Men Of India

Ctesias,a Greek physician went into exploration to India and reported back with very bizarre stories. He said he had encountered a tribe that had the heads of dogs and barked like dogs as a means of communication. Later ,about 200 years from that time, another explorer named Megasthenes backed up Ctesias' story,as he too confirmed seeing the tribe of people with dog heads. Also Marco Polo wrote about the same. 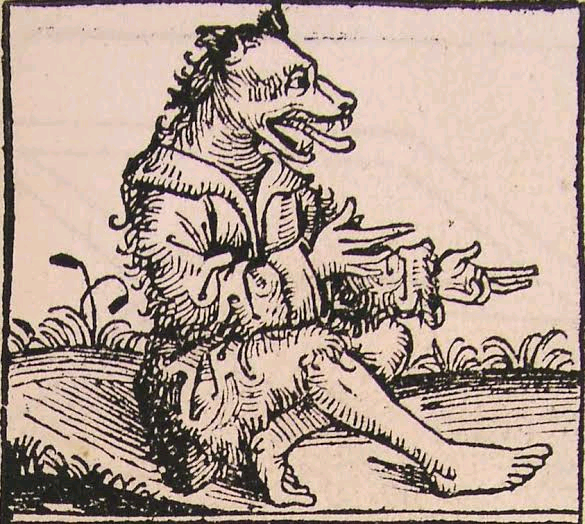 The Arimaspoi: The One-Eyed Mountain Men

The early Greek writers wrote about Arismapoi, a tribe of one-eyed people in the Riphean Mountains. These strange tribe is said to be the reason Scythia was so rich, because they would steal gold from the griffins.

There actually are modern historians who think the Arismapoi were real, because they was a group of Zoroastrian believers who had a name that sounded a lot like Arismapoi,which meant one-eyed. Modern historians think Herodotus might have just misheard the name.

The Abarimon: The Tribe With Backward Feet

During his march towards east, Alexander the Great got a man, Baiton, to go ahead of him and check what India was holding. If what Baiton said is at all anything to go by, he travelled as far as Himalayas where he met the Abarimons, a tribe of men with their feet pointing backwards. He said he had tried to bring one back but their lungs could only work up there,on the mountain climate. They start choking as soon as they leave the mountain site. Megasthenes claimed he had seen them too,but added they had eight toes on each foot.

The Libyan Satyrs: The Goat Men Of Africa

Many Roman and Greek writers have insisted that satyrs were not just mythical creatures. Writers like Herodotus and Xenophon,both Greek claim to have come across a satyr's hide in some town market. A Roman soldier,Sulla, also gave his story, saying he had captured a satyr. Pausanias claimed that there was a Libyan satyr caught and transported to Rome. Even Saint Jerome Sid he had seen a real satyr with his own eyes,preserved in salt.

Game Of Whits: Uhuru Raises These Allegations Indirectly Pointing a Finger To The DP Ruto