By The_Corridors (self media writer) | 7 months ago 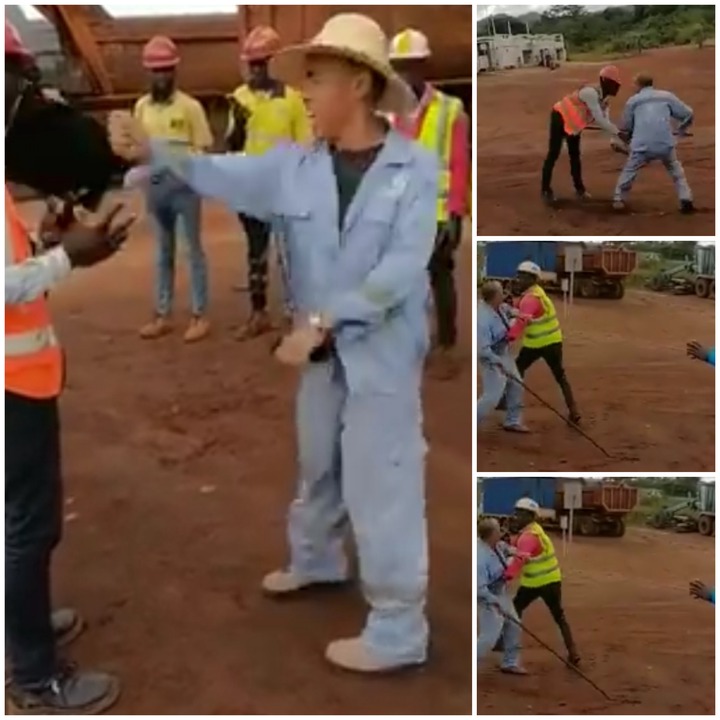 In the video,the Chinese is seen aggressively talking to the contractors in a parade as the Kenyan man holds what looks like a record book on his hand. The two then fell into a sharp disagreement that show the Chinese moving closer to him and slapping the papers on his hand.

In a pay back move, the Kenyan contractor landed on the Chinese with heavy blows and kicks forcing the Chinese to run for an iron rod from the store.

The Kenyan remained unmoved,waiting for the Chinese to come from the store. In a surprise move,he continued to send heavy kicks and blows as the Chinese attempted to hit him with the rod,sending the Chinese to the ground before he is pulled back by other contractors.

During the nasty fight, another Chinese is heard asking the Kenyan not to fight him. He told him that they have the man's records and he will not be allowed into the site again. He accused his fellow of disrupting a safety meeting.