Kenya's History has always been marred by problems that are associated with secession most recent with the "Pwani Sio Kenya" initiative that was quelled by security forces.

Picture courtesy. Monument in honor of the men killed in the Wagalla Massacre.

The secession movement has been there especially in North Eastern that happened in the 1980s but was quickly stopped by the Kenya's security forces.

The movement that sought to have the North Eastern part of Kenya break free from Kenya and form its own country.

The movement was backed by the Somali forces in the Northern Frontier District Liberation Movement that was stopped by the Kenyan Army.

However, that is the brief history of what happened later that shocked the entire country:

The war created a form of war in the area that spanned decades with residents having little to do in terms of income after the government forces confiscated their property. 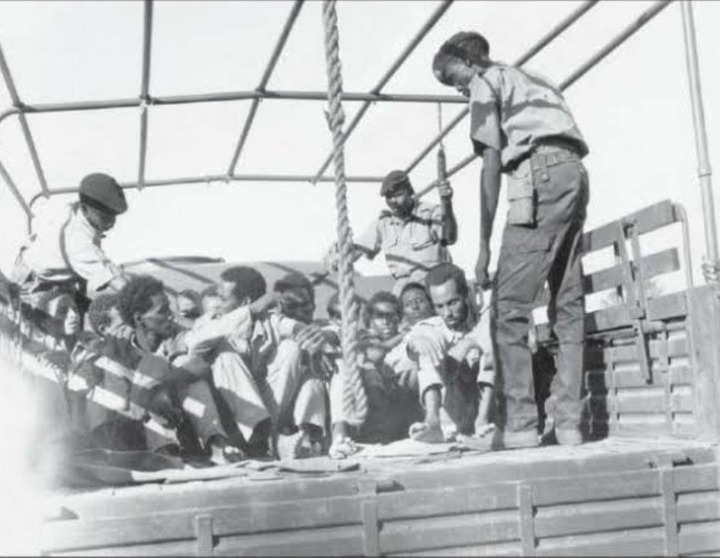 Picture courtesy. Men being rounded up by security forces in Wagalla.

The government was also allowed to arrest and detain people for about 56 days without any trial.

In 1984, a Provincial Commissioner Ordered the arrest and subsequent gathering up of about 5000 men of the Somali Degodia clan descent.

He ordered that they all be lined up in an airstrip in the area known as Wagalla and open fire on the men.

It is reported that about 5000 men were lined up on that fateful day but the government of Kenya has always denied these claims.

The men were rounded up and executed in cold blood by the security forces in the area on that airstrip in what is now known as the Wagalla Massacre.

The government of Kenya, in the year 2000, admitted to having killed about 380 men of the Degodia clan but independent estimates place the number at 2000 people. 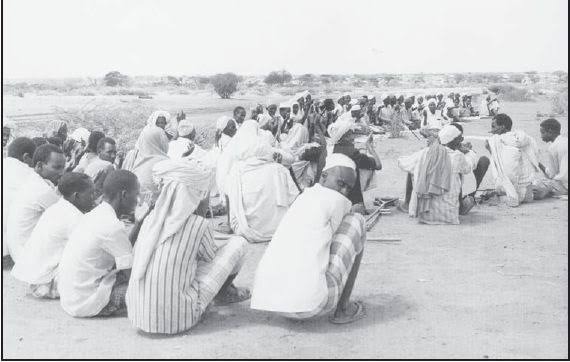 Picture Courtesy. Image from the airstrip.