Learn The Origin Of Modern Civilization

By Ridhaa (self media writer) | 1 year ago

It began in the Middle East about 9,000 years ago in the Neolithic (New Stone Age) when a cross-section of human kind abandoned nomadism based on gathering and hunting, and settled for FARMING, and gradually developed trade and urbanization. Hallmarks of the farming were adaptation of wild plants for cultivation, creation of grain surpluses, and domestication of animals. Small isolated communities such as JARMO, which developed at Chamchamal in Kurdistan area of Iraq, were typical of the earliest civilization. A similar process took place in Jericho in Palestine. 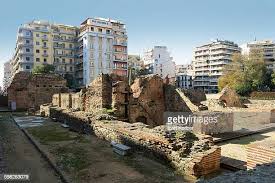 WRITING, an important aspect of the civilization, which was apparently inspired by administrative needs, first developed around 5,500 years ago in Egypt, Mesopotamia, and in Susa and Tepe Yahya in south-west Iran. Cuneiform writing, from Mesopotamia, on tablets impressed with pictograms, give a reasonable political panorama of a number of city-states – e.g. Ur, Uruk, Kish, Shurrupak, Adap, Umna, and Lagash – collectively known as Sumerian City-States. Disputes between communities over control of irrigation canals and arable lands resulted in emergence of KINGS as leaders of war. Consequently, weapons and other technical materials and skills developed. After several conquests and migrations - over a period of four millennia - the most stable and advanced among the civilized kingdoms was EGYPT, which established about 5,000 years ago.