By TenaciousInsider (self meida writer) | 16 days

Since attaining independence in 1963, Kenya has used several materials to make its coins for transactional purposes. For example, the country’s coin currencies have been produced using metals such as brass, steel, and nickel. However, the most common ones have been the copper and silver ones.

But, are you are that the Central Bank of Kenya (CBK), with the authority of the Kenyan government, has released unique silver and gold coins to honor specific events/landmarks in the country?

Here are of the most notable commemorative coins in Kenya, some of which you weren’t even aware of!

The three sets of coins were minted in 1966 to commemorate the 75th birthday of Mzee Jomo Kenyatta, the founding father of Kenya. 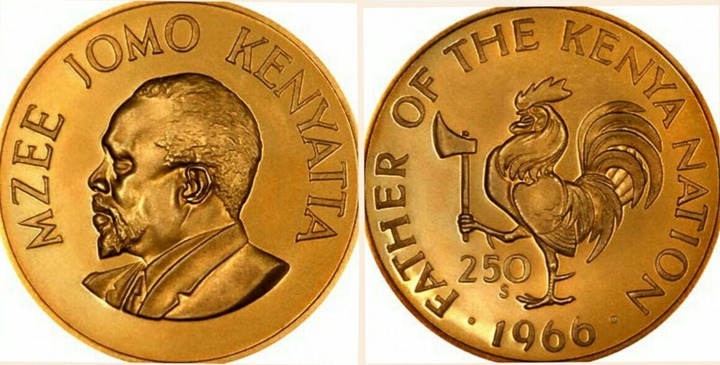 These two sets of coins were minted in 1978 to commemorate the swearing in of President Daniel Toroitich arap Moi as the second President of Kenya.

These coins were minted in 1988 to commemorate 10 years of Nyayo Era or President Daniel Toroitich arap Moi being in power.

Minted in 1991 to commemorate the Silver Jubilee (25th anniversary) of the Central Bank of Kenya.

These two sets of coins were minted in 2003 to commemorate 40 years of independence in Kenya.

These coins were minted in 2013 to commemorate 50 years of independence in Kenya.

So, which of these coins did you know about and which ones surprised you? Tell us in the comment section below...

Content created and supplied by: TenaciousInsider (via Opera News )

Men, See These Things You Should Never Buy On Credit

If You See This Vehicle Don't Engage Anyone From it, Instead Do This

Diamond Platinumz Among the Top 30 Richest Celebrities In Africa