I Was 24 When I Came To Chicago, Obama Tells His Story

A man who does not have a knowledge of where he is coming from should not claim that he knows where he is going, because a man who doesn' t know where the rain began to beat him will certainly not know where it' ll stop beating him. One of the concepts that helps very well for societal development is the knowledge of history. Mostly when it has to do with the history of great men who has contributed greatly to help in shaping the world. 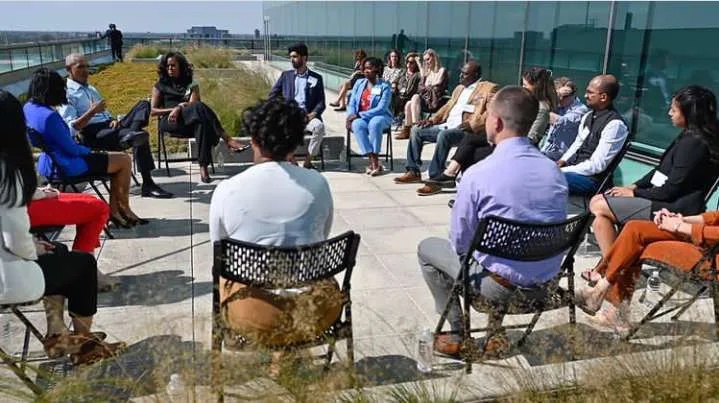 One person whom we are going to feature in this article is Barack Obama, whom we know to be one of the most influential persons in the whole world. Obama is an African man from Kenya who has made the highest record in politics and government. The record is a global one and may never be broken by anyone. He was the first black man to hold the world power; the first black president of the United States Of America and the first African to rule the world. He has not been seconded yet. 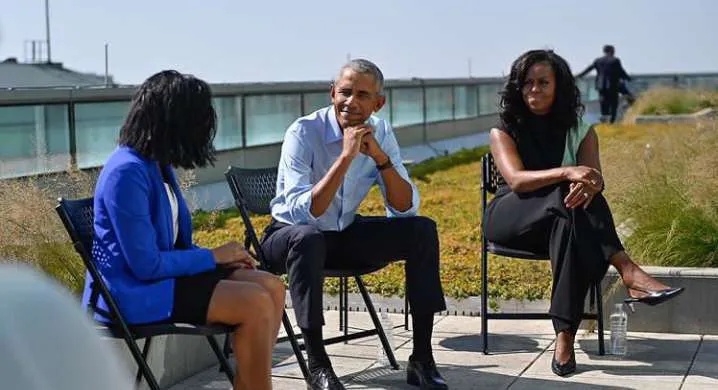 Obama has a very long and motivating history which would inspire anybody who has the privilege of reading through it. But it' s quite unfortunate that this article cannot cover the whole of his profile. Moreover, there' s a part we' d consider and such will be very beneficial to anyone who reads with keenness. 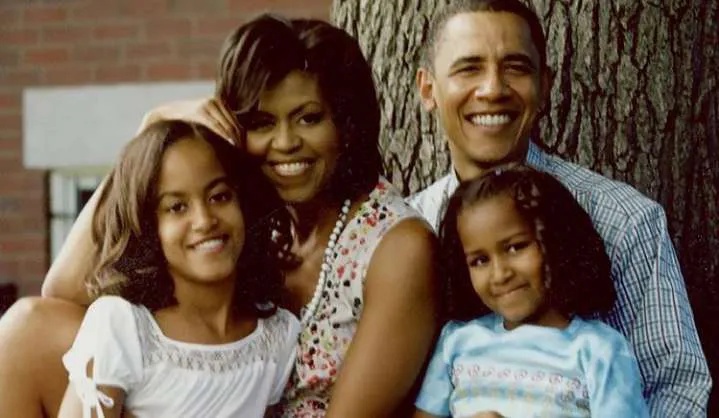 Moreover, it was contained in a post he shared resulting from his meeting with the newest class of Obama Foundation Scholars at Chicago. Obama Foundation is a foundation that was founded by Obama himself following his philanthropic attribute. As man of the people, and following what he went through, he wouldn' t want other young people who have promising futures to go through the same. According to him, these young people constitute a source of hope for him because their future will be so bright to source illumination to a greater number of humanity.

He continued to revealed that being with this kind of people would always make him to reminiscence when he came to Chicago newly, he was just twenty- four then. He had a vision to make a difference but didn' t know how to go about it. However, he didn' t give the full story of how he survived but he rather went ahead to disclose what this Obama Foundation has in stock for the youths. 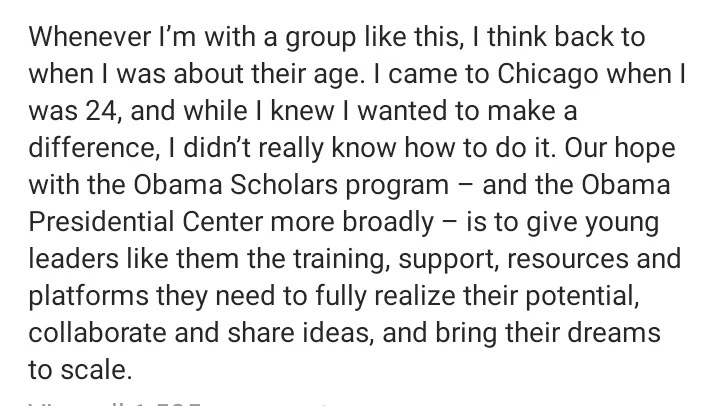 To provide them with enabling environment, including training that will help them to achieve their goal, to see that their potentials do not die within them. This obviously gave an insight to what might have happened to Obama during his time. A platform might have helped him out of his confusion when he didn' t know exactly how to go, in order to make the difference he had desired.