By MarkoMaloba (self media writer) | 1 year ago 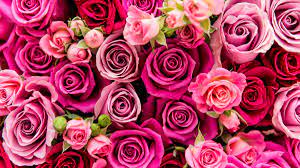 Valentine's Day is commemorated every February 14th across the world. Photo: History.com.

During this day that is largely perceived as a lovers' day, people send cards inscribed with romantic and generally love messages to the people they cherish.

It is however, not clear why sending of cards became a special part of Valentine's Day.

Opera News Hub in perusal of historical writings established that the tradition of sending Valentine's Day cards is anchored on a legend attributed to the saint who reportedly sent a letter to his jailor's daughter.

It is stated that the saint signed the letter "From Your Valentine".

The first Valentine's Day card is believed to have been sent over 600 years ago by Charles, Duke of Orleans.

Charles reportedly wrote to his wife while he was in the Tower of London.

The value or pricing of the cards seem not to matter a lot as the pleasure of it is just for one to receive one and get reassured of love.

Broadly, the association of St Valentine with romantic love is traced back to poetic writings in the medieval age.

One remarkable poem linked to this association is "The Parliament of Fowles" by Geoffrey Chaucer.

In the masterpiece, Chaucer reasoned that it was on St. Valentine's Day that birds choose their mate before the arrival of Spring.

Also the giving and exchanging of gifts during Valentine's Day is linked to the the court culture of 17th and 18th century Europe, and this premise was cemented as the Industrial Revolution transformed society allowing Americans and Europeans easier access to commercial goods.

The Catholic Church however, removed St Valentine from the General Roman Calendar in a Vatican II resolution in 1969.

The Church did this because it was difficult to be sure which Valentine was being referenced in many legends that acclaim the origin of Valentine's Day which with time has grown to be more of a secular event.

William Ruto Will Be Finally 'Sworn' in As The 5th President of Kenya on This Date, Kenyans React