The world is made up of many wonders in it. Below are some of the man made wonders;

1.The Great Pyramid of Giza. 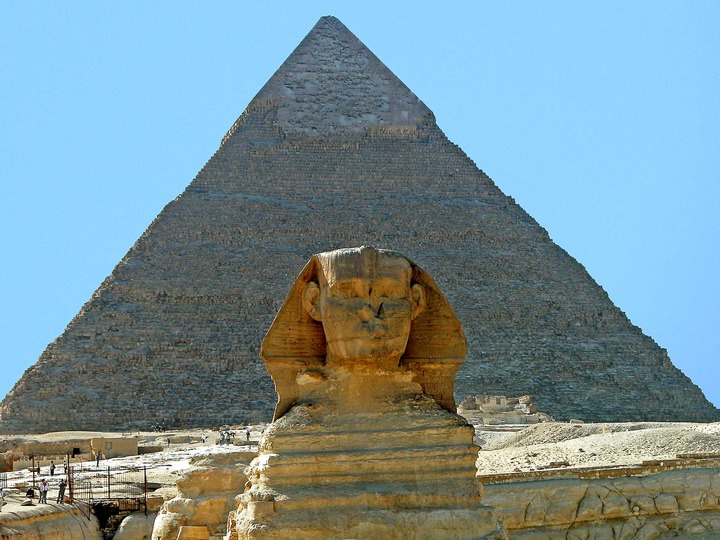 The Giza Pyramid is also known as the Khufu Pyramid or the Cheops Pyramid.

It is Egypt's oldest and largest pyramid complex, as well as the only one that has survived completely. The Great Pyramid of Giza is the world's oldest and only surviving recognizable landmark from the seven wonders of the ancient world. It is the largest of the three pyramids discovered at Egypt's Giza Necropolis, which is now known as El Giza.

With its original height of 146.5 meters (481 feet), the Great Pyramid of Giza was the world's tallest man-made building for 3,800 years. Due to the loss of its casing stones and erosion, its height has been lowered to 138.8 meters or 455.4 ft. According to Egyptologists, the Great Pyramid of Giza was erected as a tomb for Egyptian pharaoh Khufu of the 4th dynasty, and it took 10-20 years to finish, according to a mark discovered in the interior chamber. 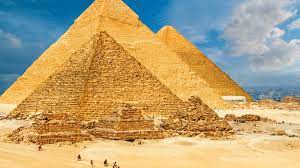 2.The Hanging Gardens Of Babylon. 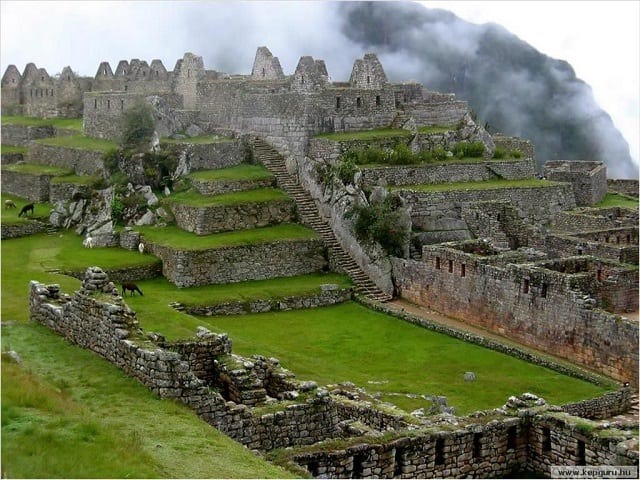 The Hanging Gardens of Babylon are the only one of the seven wonders of the ancient world whose exact location is unknown.

Babylon, the ancient city, is supposed to have been in modern-day Iraq. It is also considered to have been erected by King Nebuchadnezzar II. There has been no tangible proof of the gardens revealed to yet.

Despite various ancient writers' tributes, no archaeological evidence or specific Babylonian documents have been discovered to substantiate the assumption that the Hanging Gardens are truly present in Babylon. It could have crossed beneath the Euphrates River, which was running east of where it is currently during King Nebuchadnezzar's reign, if it existed at the time. Excavations are unfeasible today, and western Babylon is mainly unknown. 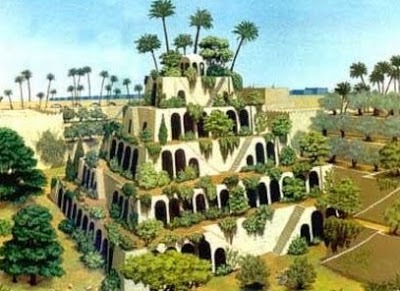 3.The Artemis Temple in Ephesus

The Diana Temple, also known as Artemis Temple, is located near the city of Selcuk in Ephesus, Turkey. It was demolished in 401, but it was rebuilt three times until being destroyed for the final time. Today, only the foundations and structural ruins of the temple's later incarnations survive.

The temple's only remaining structure is a column formed from shards of the previous construction. 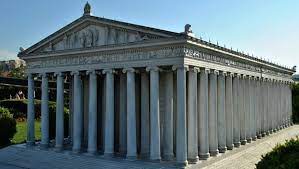 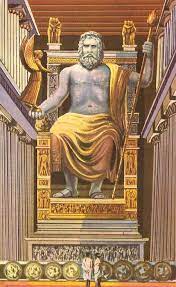 The Zeus Statue, placed inside the Zeus Temple in Olympia, Greece, was a 13-meter-high seated sculpture of the Greek God Zeus made by Phidias, a Greek sculptor, approximately 435 BC. The Greek God sits on an ornate cedarwood throne adorned with valuable stones, gold, ivory, and ebony.

On a framework of wood and ivory plates, the god himself is fashioned in gold panels. This statue was considered one of the seven wonders of the ancient world until it was destroyed and lost around the turn of the fifth century AD. The exquisite sculpture was not reproduced in any way. The only sources of knowledge about its current form and everything we know about it are ancient Greek literature and antique coins.

The cause of the statue's demolition has yet to be determined. Some say it was burned in a fire when it was moved to Constantinople in 475 AD, while others say it was destroyed together with the temple in a fire in 425 AD.

Between 1954 and 1958, a rediscovery of Phidias' workshop cleared the route for the statue's authentication. 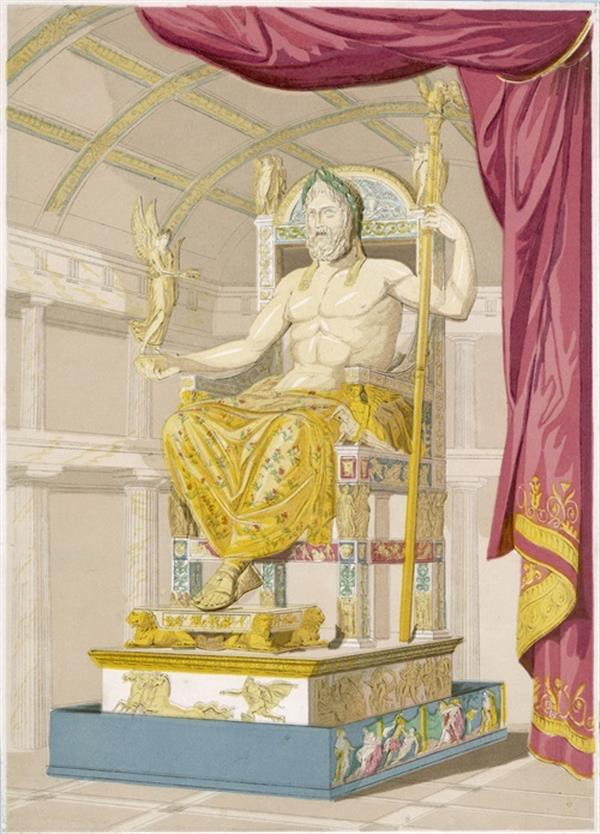 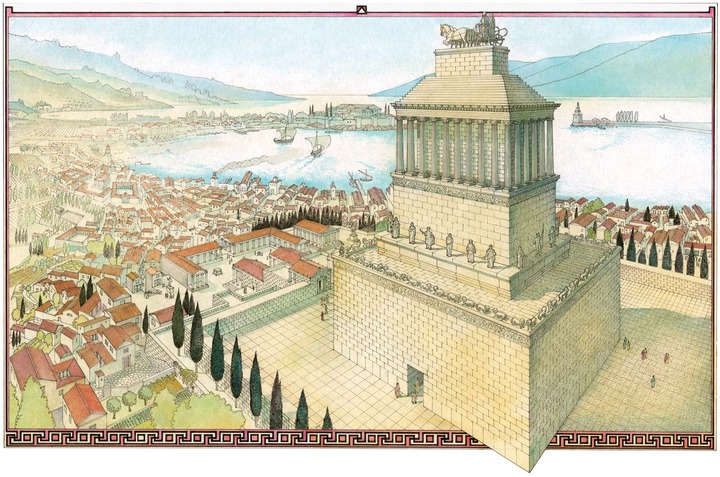 The Mausoleum at Halicarnassus was a tomb built for Mausolus, a renowned monarch and conqueror, and his wife and sister Artemisia II of Caria between 353 and 350 BC in Halicarnassus, Turkey.

Pythius of Priene and Satyros, two prominent Greek architects, designed the edifice. The structure's estimated height is 45 meters, and four Greek sculptors: Timotheus, Bryaxis, Leochares, and Scopas of Paros, each embellished the structure's four sides with sculptural reliefs. The finished structure was so spectacular that Antipater of Sidon named it one of the seven marvels of the ancient world. Between the 12th and 15th centuries BC, several earthquakes devastated the area, destroying the mausoleum.

Nobody knows when or how the mausoleum began to deteriorate. When Alexander the Great captured the city, the mausoleum remained undamaged. Despite being besieged by pirates, it stood guard over the city of Halicarnassus for 16 centuries. A series of earthquakes obliterated the edifice.

Only the foundations and a tiny museum remain now on the location where the tomb once stood. The huge Knights of Malta castle still stands in Bodrum today, with some marbled mausoleum slabs and polished stones incorporated into the structure's walls. 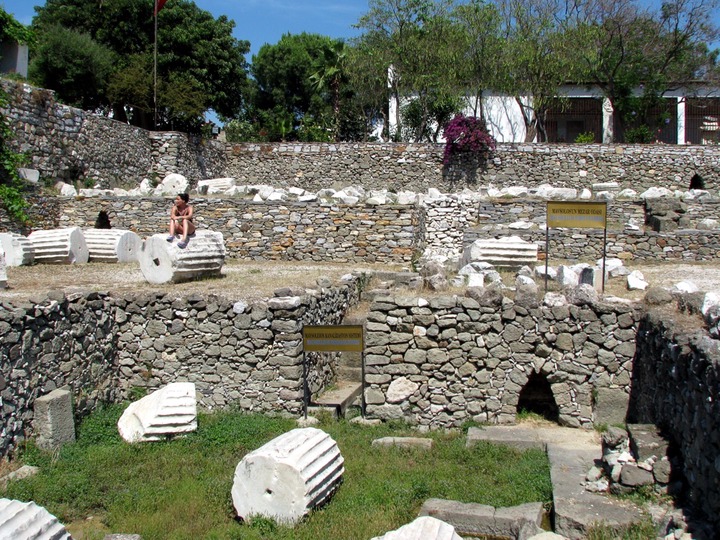 PHOTOS: See how Raila Swept Through Mt Kenya Yet Again

Check The New Trick Fruit Vendors Are Using In The Market, Be Careful When Buying Your Fruits