Meet The World's Oldest Couple With Most Tattoos, See Photos 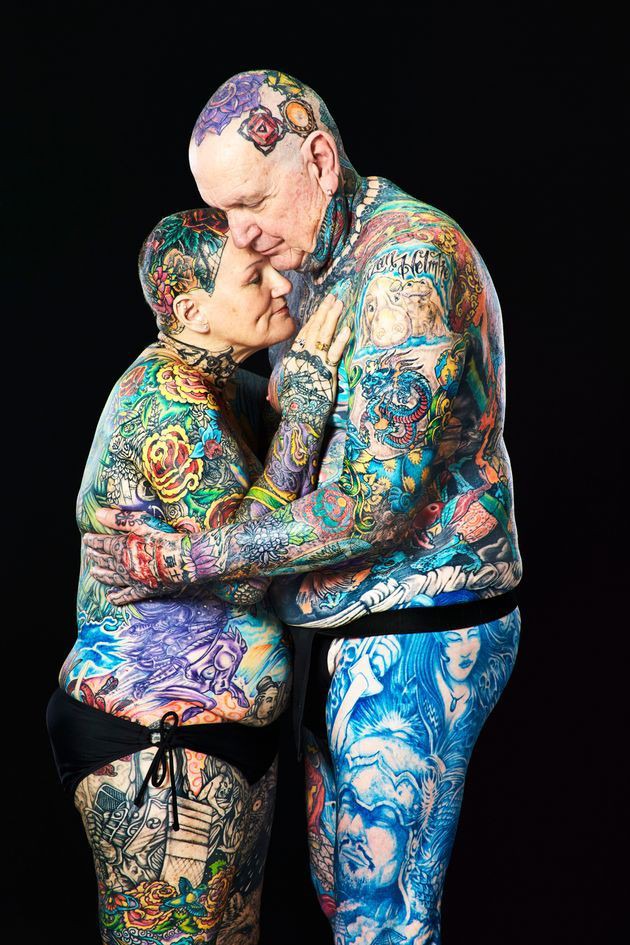 Guttenberg, a Florida native, has inked 91.5 percent of her body. Her companion Chuck Helmke has 93.75 percent of his body covered in tattoos, making them the most tattooed senior citizen female and male, respectively, according to Guinness World Records 2017.

The couple met in a tattoo parlor in November of 2006, and they've been together since 2007. Following the loss of her spouse, who disliked body art, Guttenberg got her first tattoo as a birthday present to herself. Helmke, whose wife had died a month before, had gone into the parlor to see friends when the tattoo artist asked him to console Guttenberg, who had become agitated during the lengthy session.

They told The Independent, "We both appreciate this ancient art form, both the history and the artistry of it."

Helmke started getting tattoos long before Guttenberg, obtaining three in one day when he was 18 and enlisted in the US army with a group of his pals.

Years later, the couple is wearing "full-body costumes." Why are there so many of them?

“Because we're capable.” Anyone can have as much as they want; the only restriction is your desire. They say, "It's up to the individual." “We both have Oriental and Spiritual-themed body costumes, yet they are very different. Our tattoos tell the stories we want to tell about ourselves. We both seem to have a lot to say.”

Even though they don't have matching tattoos, the pair has favorites amid their sea of ink for various and meaningful reasons.

Helmke says, "My favorite has to be the memorial tattoo to my deceased wife." “ It features her name as well as her two favorite stuffed animals, both of which have accompanied us on multiple trips to Japan and other locations. Her ashes are tattooed on it.” 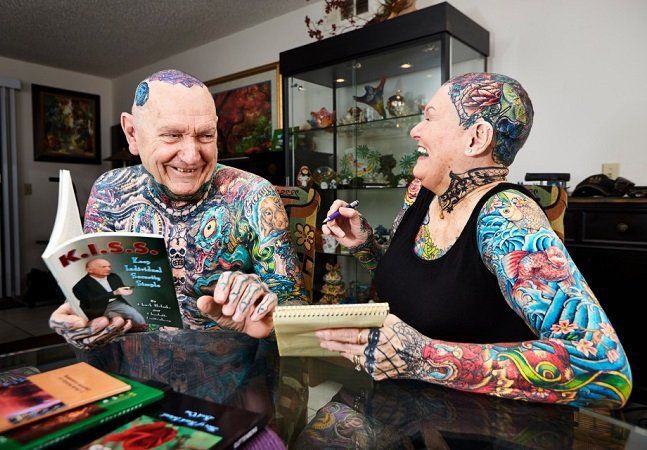 “It was the start of my tattoo journey,” Guttenberg says of her first tattoo, a colorful butterfly on a peony.

A double view of head-to-toe body painting must get a lot of stares and comments, which the couple claims have been generally favorable. They even like others staring because it allows them to share their "artwork" with others.

“We understand that tattooing is not for everyone,” they say. “We never try to persuade individuals to accept our beliefs or even encourage them to get tattooed if they are not interested. It is purely a personal choice.”

However, there have been some unpleasant remarks, to which Guttenberg (a writer) and Helmke (a retired self-defense trainer) each have a refreshing and direct reaction.

“Some rudeness and unpleasant comments have been made – largely on social media – but we both believe that says more about that person than it does about us. Many people are spiritually and culturally averse to tattoos, and as we have stated, we do not attempt to impose our art on anyone. Please take a look at it if you want to. Don't do it if you don't have to. No further response is necessary for us.”

“Having these Guinness World Records titles has been an honor for both of us. We've enjoyed meeting the many people who have contacted us and liked or inquired about our artwork, both in person and over social media. It allows us to interact with people we might not have otherwise encountered. One thing we've both noticed is that a lot of young people approach us in public and strike up discussions with us.

“Normally, they wouldn't bother chatting to somebody our age,” says the narrator. We believe that our tattoos make us more personable because people recognize that, despite our years, we are just like them. We've been able to foster a better awareness of tattooed people, particularly older tattooed people, thanks to the titles, as well as bridge age and gender gaps.”

Below are some of their photos; 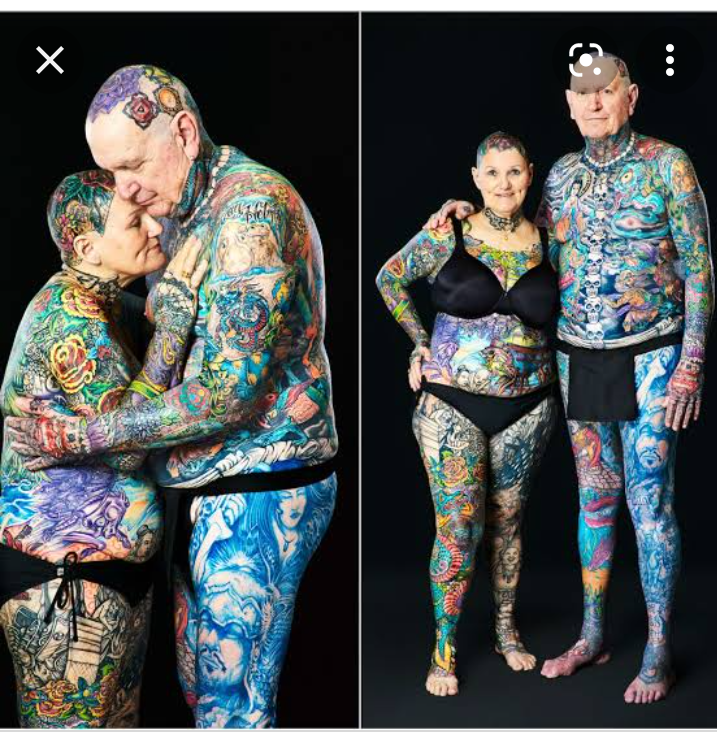 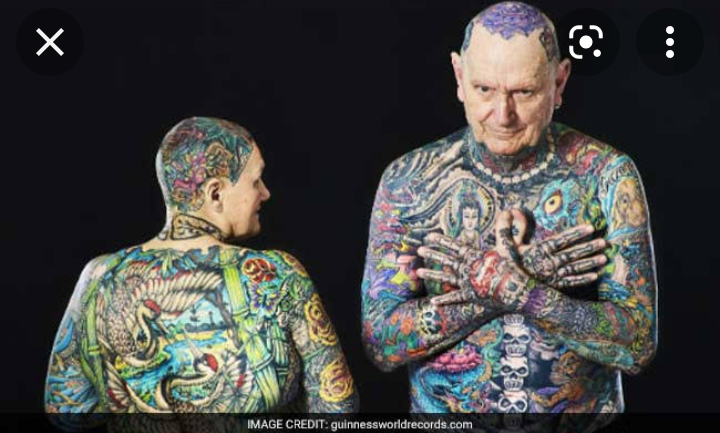 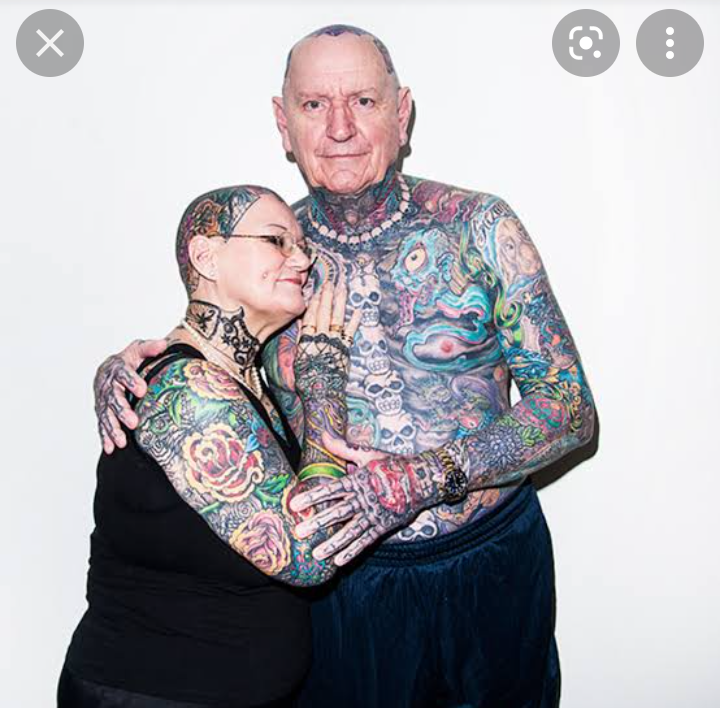 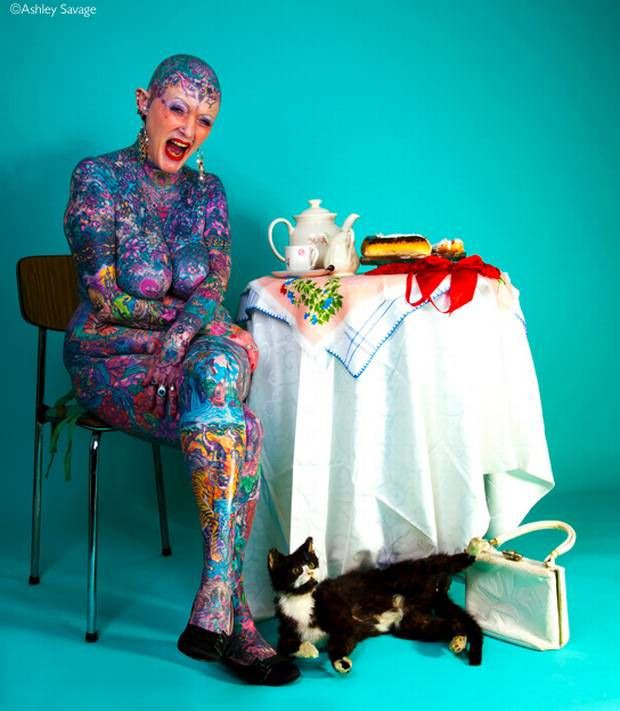 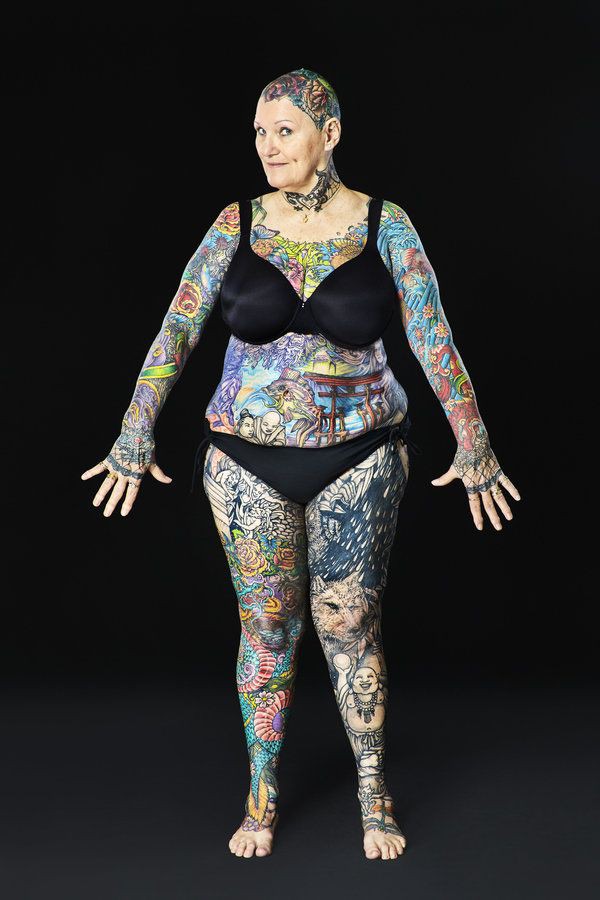 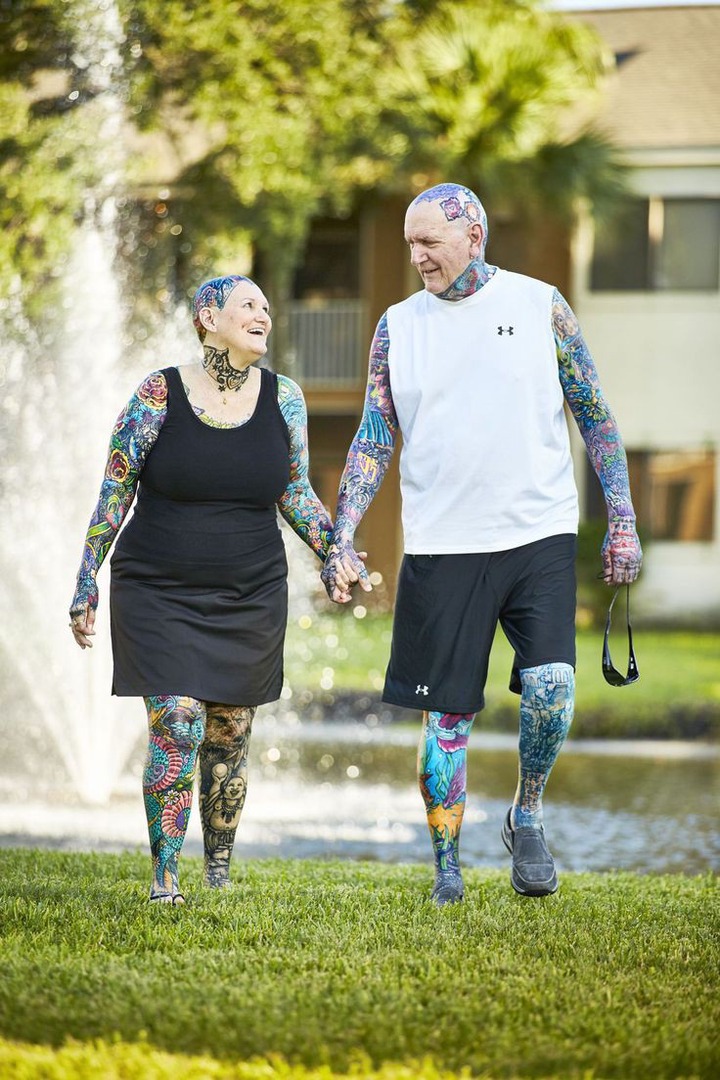 What are your thoughts about this world's senior most couple with most tattoos?

Would you wish to have a tattoo on your body?

What does your religion or culture and traditions say about tattoos?

Reason Why Today Is A Public Holiday In Kenya

They Used to Call Him 'Monkey Boy' But God Did Wonders With His Life, See The New Look of Zanzimana Ellie

The Big Mistake That Raila Did, Leading Up To His Heckling At Embu

Are All Old People In The Society Especially In Kisii Land Witchcrafts? Why Burn Them Like That?