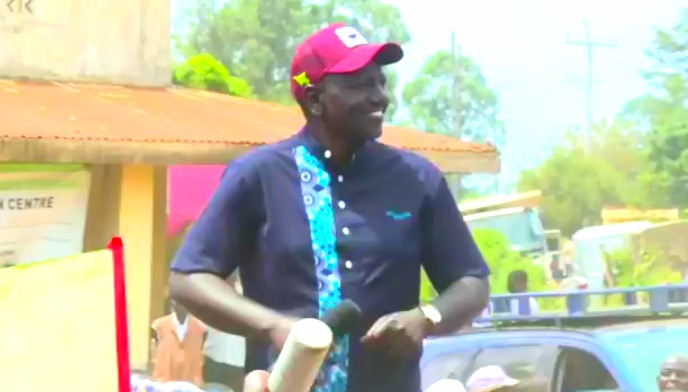 As Deputy President William Ruto made a brief stop at Bukokholo market in Sirisia Constituency on the second day of his tour to Bungoma county, there were a number of humourous scenes that could be spotted as the area residents tried their best to get his attention.

Among those who attempted to capture the DP's attention was a "creative" artist who decided to showcase his moulding art to the Presidential hopeful two statues probably with the hopes of getting a boost for his humble hustle.

I don't know if the artist qualifies to be called a professional sculptor or moulder but in either case he had moulded and painted two funny looking statues and had taken them to the rally to show to the DP that he has a talent that needs support.

From the look of things, the artist had painted the statues with faces of a man (dark skinned) and a woman (light skinned) and had actually dressed them with different attires among them being a black t-shirt and red maasai shuka for the man.

As seen in the photos below, the artist or rather 'hustler' had moved as close to the DP's ride as he could in that rally to make sure that the work of his hands is noticed by the "chief hustler" himself. 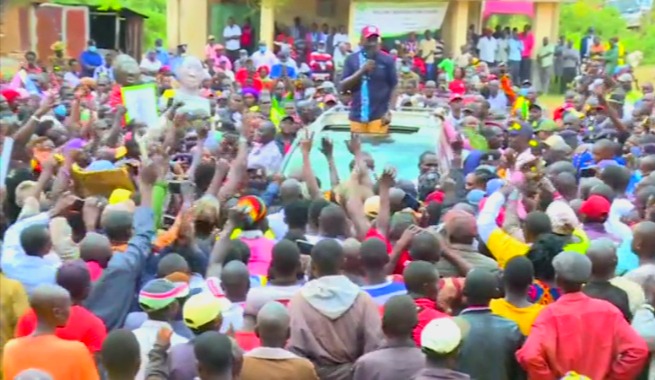 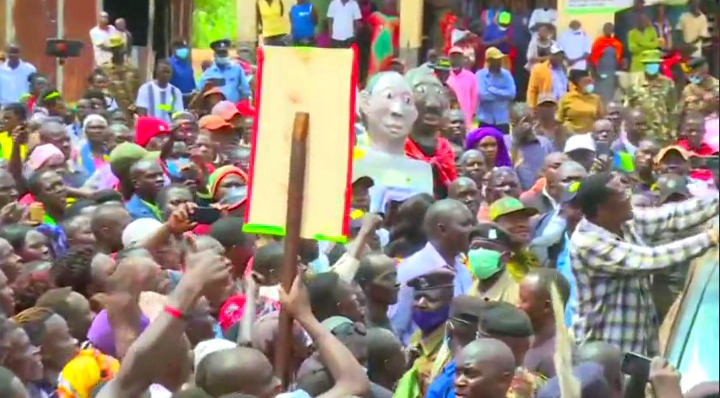 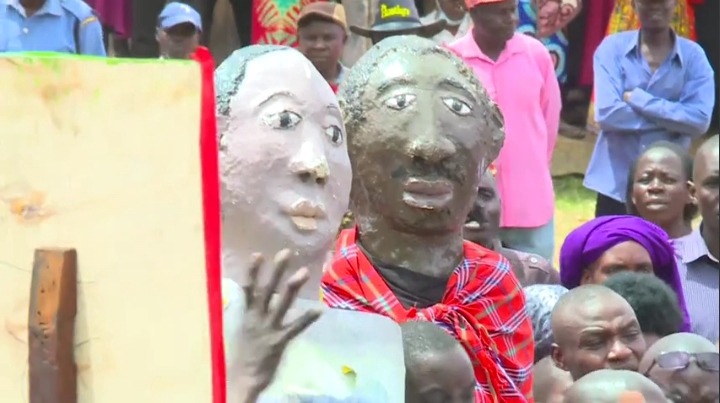 Throughout his speech in that rally, the DP didn't give the artist or his work a mention despite the efforts to be noticed but his lucky moment came upon the Sirisia MP John Waluke taking the microphone to address the crowd.

In his brief address, the Sirisia MP touched on several things that the DP should address should he get to State House among them being "hustlers like the person who made those statues".

Then the MP's mention of the statues made the DP give them a closer look once again and this time he couldn't help but break into laughter probably because of their funny appearances. 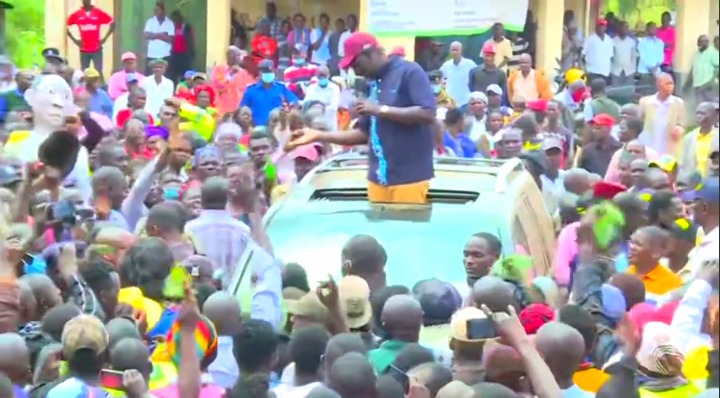 The DP used the free time he had gotten in the other part of Waluke's speech to make himself busy and started dishing out some money to people around his ride.

Those who received his money were mainly those who had gotten his attention in one way or another like raising a wheelbarrow in the air, chanting his name, holding portraits of him, carrying merchandise to be sold and so on.

That's the point when the guy holding the statues also received a reward for his labour because the DP handed him some money though the amount wasn't disclosed to the rest of the crowd. 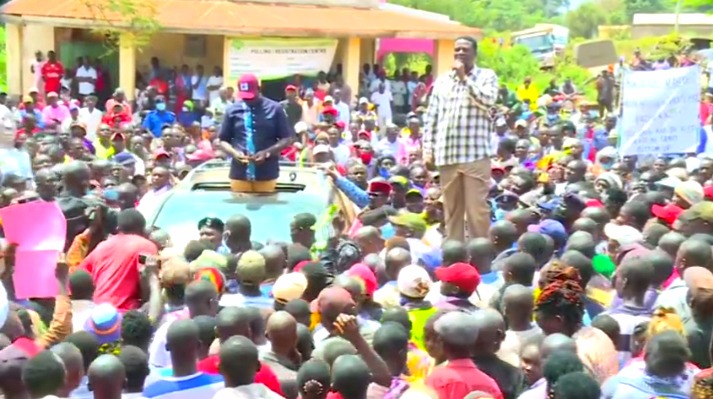 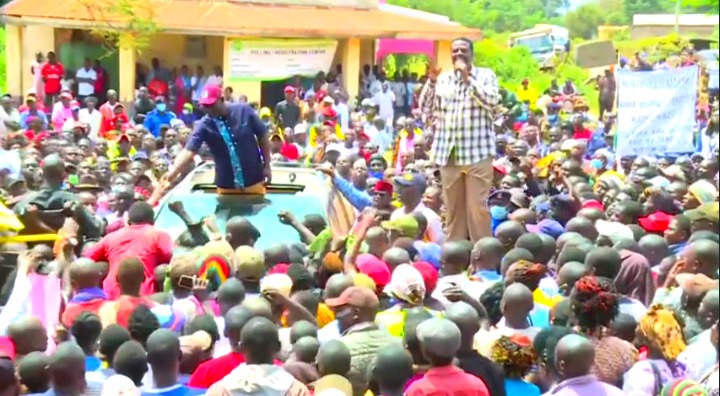 Before leaving for Bumula, the DP announced that he had carried 1.5 million shillings for small scale traders, bodaboda riders and different selfhelp groups from Sirisia constituency.

The money was given to the Sirisia MP John Waluke for him to make sure that it reaches the intended pockets.

Watch the scene of the DP laughing at the statues unfold at minute 30:30 of the video in the link below. 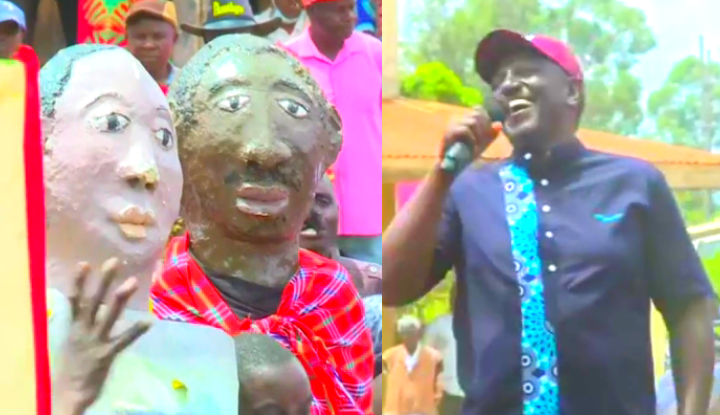 Opinion: Possible Reasons majority of the population in the world is jobless