6 Surprising Things Found In The Middle Of Nowhere

By THECENTRE (self media writer) | 5 months ago

From mysterious artwork to abandoned vessels, burial sites, and hideouts, be ready to enter the world of the cool, the strange, and the bizarre. here are 6 surprising things found in the middle of nowhere 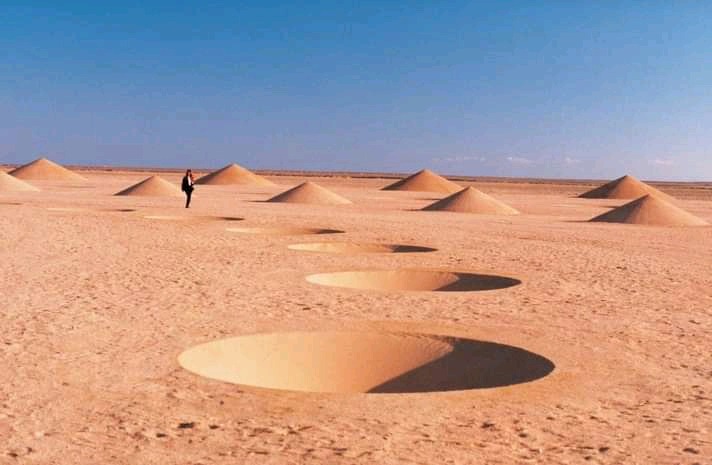 6. The Desert Breath. The Egyptian desert conceals countless untold treasures and mysteries from ancient civilizations. But within the sands near the city of Hurghada, at the coast of the Red Sea is a more modern marvel.

Known as the desert breath, this is a huge artwork that was completed in 1997 and covers an area of just over 25 acres. It was conceived by an art collective from Greece and was created by moving more than 10 000 cubic yards of sand.

It's made up of a series of 89 protruding cones that gradually increase in size in a spiral formation and a further series of 89 inverted cones that were dug into the sand.

Originally at the center, there was a large 98-foot wide pool of water, but with no way to refill, it has long since evaporated. 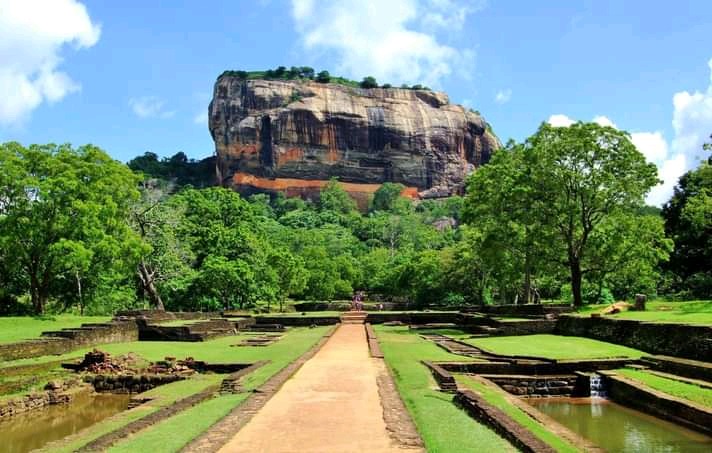 5. Sigiriya. Deep within the jungle of Sri Lanka near the town of Dambulla, you can find the remains of an ancient city that were once the center of a powerful empire. It's called Sigiriya.

It was amazingly carved directly into a large column of rock that reaches a maximum height of 660 feet above the ground. It's thought to have been constructed by king Kashyapa at some point in the 5th century.

The main palace was built on top of the imposing rock and the sides were decorated with colorful frescoes. An intricate network of pathways and staircases were cut into the rock face to lead up to the palace.

and one of the most impressive features is about halfway up and is a gateway in the shape of a giant lion. It is considered one of the greatest examples of ancient town planning.

4. Metal monolith. 2020 was undoubtedly a strange year for everyone, but things started getting even more peculiar in November. Biologists who were conducting an aerial survey of a sandstone slot canyon in San Juan County, Utah noticed an unusual-looking object stood on a rock.

Upon closer inspection, it appeared to be a metal structure made from sheets into the shape of a triangular prism that was approximately 9.8 feet tall.

Word of the discovery spread around the world and several people figured out its location and traveled to see it for themselves. One night, however, it vanished as mysteriously as it had appeared.

3. Giant Arrows. Hikers across America regularly report the discovery of mysterious shapes etched into the ground. These are usually arrows that seem to be pointing towards no particular place of importance.

Every time images of a new one circulate, theories arise about who put them there and what their true purpose is. While they may appear strange at first, these giant concrete arrows, some of which are up to 70 feet long were put there on purpose.

They were instrumental in navigation during the 20th century. Things like satellite navigation are of course a relatively recent invention and weren't available to the pilots of the first planes that flew across the continent. 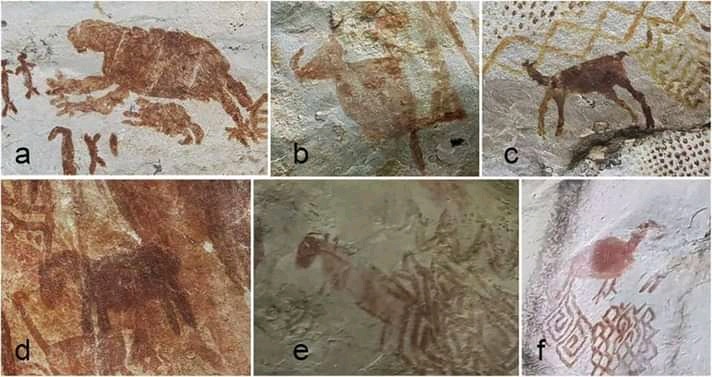 2. Rock Art. It has long been known that people have lived in the region of the Amazon rainforest for thousands of years. But the more research t carried out, the more surprising the results.

One of the biggest discoveries that was made seemingly in the middle of nowhere was announced in November of 2020, and it's one of the most significant pieces of ancient art that's ever been found.

Described as being the Sistine chapel of the ancient world. Tens of thousands of paintings have been revealed on a cliff face in Colombia and they are so vast that the area of interest stretches from more than eight miles.

Among the images are representations of giant sloths, horses that were only present in the region during the last ice age, and a few other long-extinct species. 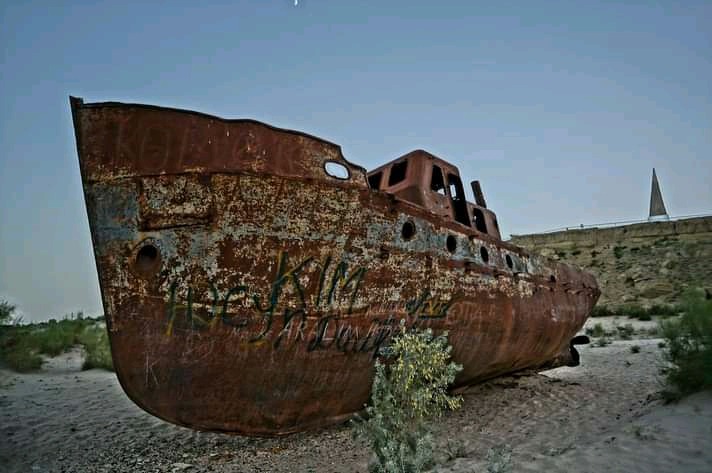 1. Deserted Ships. If you ever visit Uzbekistan and drive out of the cities, you'll be confronted with huge open spaces of nothing but desert as far as the eye can see. Without assistance, you could get lost for days on end without seeing any sign of human life.

But if you happen to go in the right direction you might just come across something truly surprising. A series of ships that are half-buried in the sand and are rusting away under the desert sun. The place is called the Moynaq ship graveyard.

It is very bizarre to see many wrecks far away from any obvious source of water. But this was not the case, the region was actually once a vast lake called the Arak sea which was originally one of the four largest lakes in the world and covered an area of 23 000 square miles.

Now though the nearest shore is more than 100 miles away and the region serves as a warning of the effects of human mismanagement.

Why There Are No 'KDF' Number Plates On Vehicles In Kenya

Why Diamond Platnumz grudge with harmonize is just a creation to weaken Ali Kiba.(opinion)

9 Types Of Angels And Their Work