The Funeral of Prince Philip, Duke of Edinburgh

By Trizahkatile (self media writer) | 1 year ago 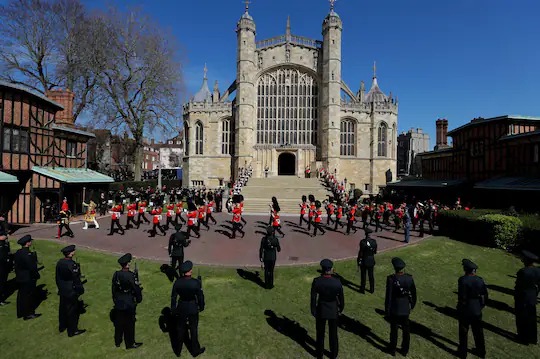 Members of Britain’s royal family gathered in Windsor, England, for the funeral of Prince Philip, husband of Queen Elizabeth II and the longest-serving consort in the history of the monarchy. He died at age 99 on April 9.

The Duke of Edinburgh's funeral has begun at St George's Chapel, after members of the Royal Family walked behind his coffin in a procession.

His children Princess Anne and Prince Charles made up the front row, followed by Prince Edward and Prince Andrew.

In the third row, Prince William and Prince Harry walked either side of their cousin Peter Phillips.

The service, which is being broadcast on BBC One, followed a national minute's silence at 15:00 BST.

The ceremonial royal funeral will remember Prince Philip's "unwavering loyalty" to the Queen, service to the nation and "courage".

The duke's association with the Royal Navy and love of the sea will also be a focus but no sermon will be delivered, in line with his wishes.

More than 730 members of the armed forces are taking part in the event, but there is a limit of 30 mourners at St George's Chapel, under Covid rules. 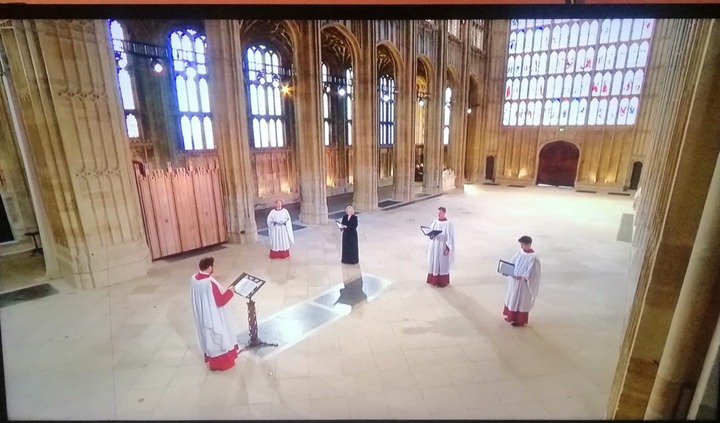 Live proceedings in the below link

Content created and supplied by: Trizahkatile (via Opera News )