By LINFORD (self meida writer) | 5 days 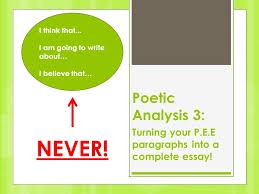 Walt Whitman's perspectives of equality and Langston Hughes’ “I, Too, Sing America” poem are alike in ideology. Walt developed a love for the written word at a young age and managed to secure himself a job at the age of 12, in 1831, but lost it to fire. In 1836, 5 years later, he secured another job as a career teacher until 1841 when he turns journalism into a full-time job. In his papers, he wrote of feelings of slavery; his views were considered “unstable and inconsistent." However, he had a voice, and he used it to seek a level of normalcy for the slaves (“About Walt Whitman | Academy of American Poets”), which is admirable due to the dangers he exposed himself to in a number of ways, it might have cost him his job, social life and/or his health. In comparison, his poem "I Hear America Singing" is more factual than emotional. Still, in deeper details, his reference to work severally may be questioning the intentions and motivations of those practicing slavery, which had ended by the time he wrote the poem. Still, as Hughes illustrates, people of color were not truly free from the past, but they were better off than they were years ago. The two were of different generations and were lucky to have lived at the same time. Still, as one left, the other was beginning to blossom in his life at a period when black literacy, artistic life, and intellectual was taking place (Poetry Foundation). One was highly celebrated and white between the two, while the other is still seeking recognition among the critics and poets. Years after his work and passing, this essay will seek the show the similarities and contrast of their work in their eyes through literary devices.

Langston Hughes’ “I, Too, Sing America” central theme shows a sense of relief from the chains they once wore; it showed progress in the black people's lives in the 20th century. He is now free and an American citizen, and as the primary persona, he addresses his brothers, both the blacks and whites who play opposing sides of the situation, with some whites on his side, those that sought his freedom may be more than the blacks did themselves and those that were against his work and freedom. He expresses his need for acceptance and treatment as an equal, never the less, the little freedom extended to him; he appreciates, but clearly, he has the intention of being entirely at home, and if not him, his oppressed brother of the future. His resolve at one point may be confused for anger, but the attitude aligns with calm at the end, “Nobody’ll dare, say to me, "Eat in the kitchen"…. This may be interpreted as resentment for the different treatment people of color are exposed to, denying the equal opportunity that he so much craves to better his life, as do many others.

“I Hear America Singing” by Walt, on the other hand, is simply a wonder of what is happening around him. After witnessing the sale and treatment of the people of color, he resolved to tell the stories that many ignored, but in one way or another, took part in, in the various working opportunities. He is rather vague and does not so much condemn the acts of slavery and injustices, seeing as he too was beneficial to it. Still, he does sit the discord in the hearts of the many levels of industries, “ each singing what belongs to him or her and to no one else…”, he exclaims after he purports. In my view, he seeks the truth of the societal norm of benefiting from the people of color at no economic cost. Whether he does it in writing or not, there is a wailing question of the cost of imprisoning and injustices perpetuated towards the people of color in the economic activities inhumanly draining their lives away. Not only them but the generations to come after they had moved on from the practices he had witnessed throughout his life. It is not clear why he does not outrightly say what he means, but since it was 60 years after abolishing slavery, there was little point in dragging on the matter longer than was necessary. He and the persona with the voice report on the antagonist and protagonist of the agenda embedded unlabeled in the various economic sectors of consumer ship, the heart of all economies, which he is afraid will not be able to accommodate people that long created inherently harmful recognition of differences. Like Hughes, he wonders what will become of the relationship that sought mending before more lives were consumed, the rivalry clinging on the citizens' lives amidst the need to meet their daily needs. His style is relatively simple, relaxed, and calmly to the point, maybe because things were improving, or maybe that over the years he had sufficiently done his part in seeking equality, or maybe he was an older man that couldn't sustain the wars of the world any longer; however, his heart was indeed burdened, if in all his years he never sought to retire from the fight for a better country and citizenship.

One after the other, both poets passed on touches of inspiration, seeking change, and a moral compass that allowed for the peaceful coexistence of the countrymen and women of all colors. Their styles were inherently different, but in contrast, one had to have a more profound interest in the matter, and both had fears of what would become of them in the end. Over the years, it has still never been clear how the protagonists of different races felt of racism, how could they face each other should they turn against each other in the wars, would any in either side be accommodating should things erupt into internal feuds, was the constitutional change enough or was their need for fro social awareness and civic education.

Content created and supplied by: LINFORD (via Opera News )

Reason Why Nadia Mukami Is Trending

"Ruto Bewitched Me, I Wish I Knew," Irungu Kang'ata Regrets Following Ruto Landing Him In Trouble

"If I Rock You Rock" Paula Kajala's Message To Her Mother