PHOTOS: Meet A Man Whose Whole Body Is Tattooed Including Eyes & The Tongue, See Hidden Reasons Why

Tattoos have become famous and widely embraced in our world today. They have been publicised by popular celebrities including politicians, pastors, singers and footballers. People have forgotten about the biblical warnings against making chances to their bodies to no avail. This article reveals the world's most tattooed man who has broken a record for having over 98 percent of his body covered in tattoos. 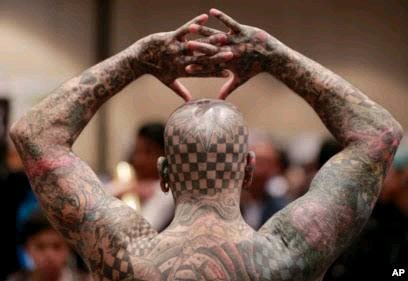 This mysterious man who decided to do this on his body is known as Matt Gone. According to an interview by the Daily Mail, Matt revealed to have started having tattoos on the age of 16 after his mother died. He Al's said that the major reason why he started having tattoos was because of birth defects. He was able to hide them in the process and this raised his self esteem making him stop hating his body. Surprising, this project of ensuring the whole body was in tattoos took 14 years. He surprised many people after saying that the cost of this artwork was $42,000. He earned money by working as a dishwasher to pay the people who tattooed him. Here are some of his photos: 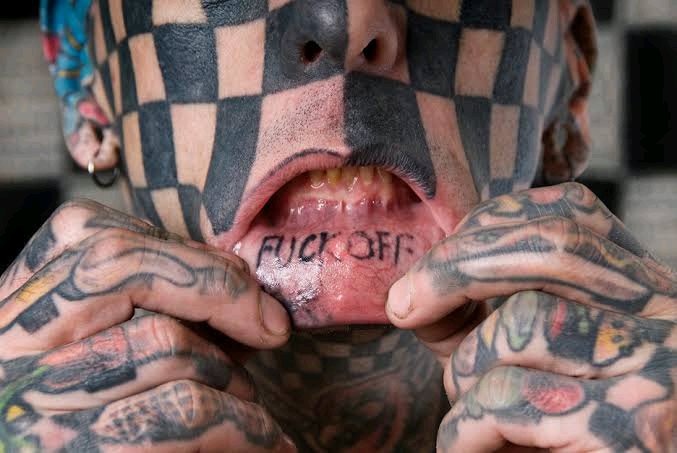 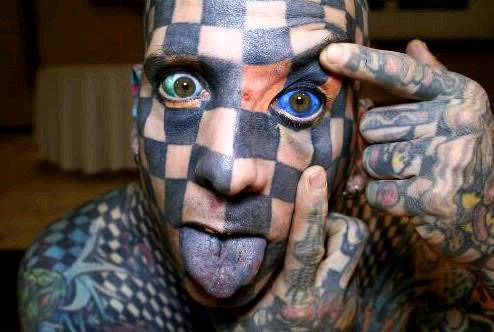 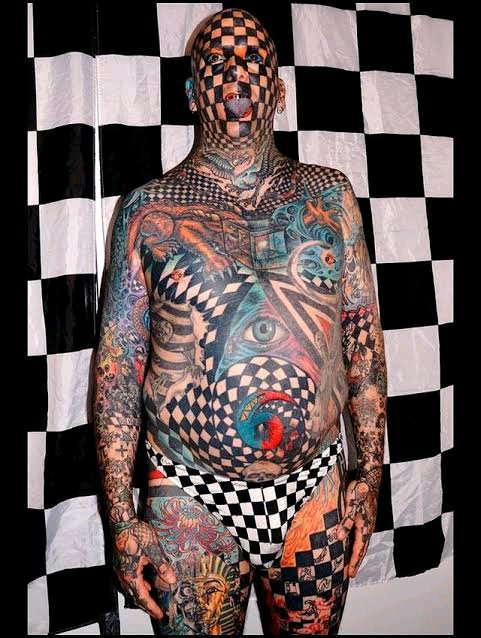 Luckly, Mr Gone earned a lot of attention from the public. He who attends conventions around the world and displays his body for people to see him. His body covered in ink all over including his eyeballs and tongue. He surprised many people by injecting ink into his eyes and made one eye blue and the other green. 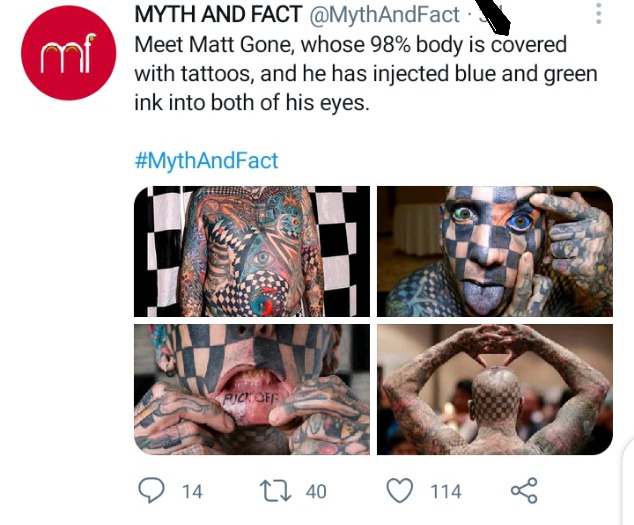 Do you think its a good thing to have the body tattooed this way to conceal deformities? Drop your comments, like, share and follow this channel for more news updates.