A 28 year old man is nursing serious injuries after suffering from serious beating of mob justice in Kegogi Village. The incident which happened in Kisii county, Kitutu Chache North constituency left the residents shocked and confused after the man is said to have raped the woman who was showering in a communal bathroom. 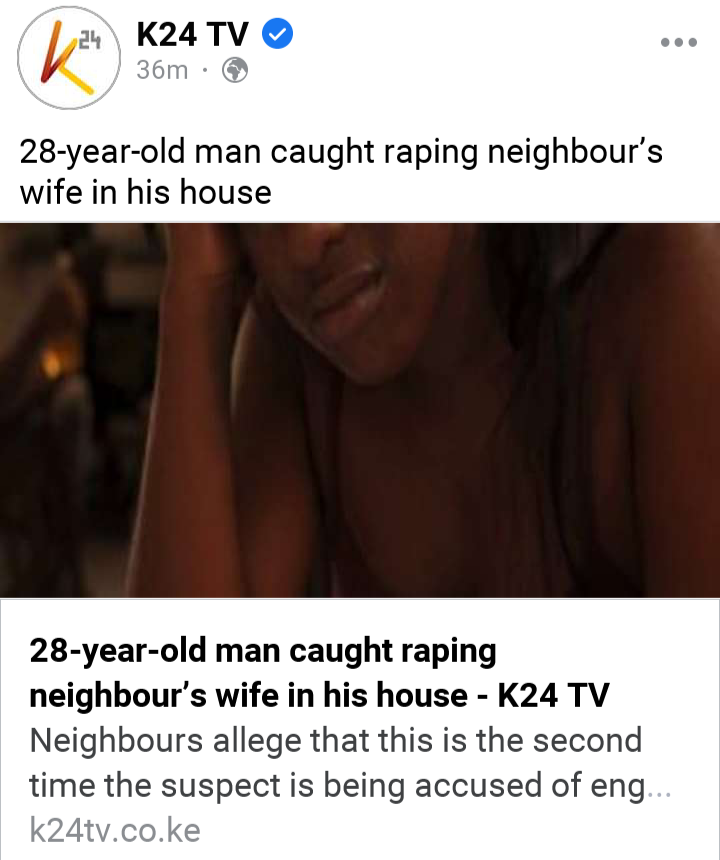 According to K24 news outlet, the suspect Peter Orina is said to have done the terrible act of raping his neighbors wife after waylaying her when she was coming out from the bathroom. Neighbors said they heard the woman screaming and when they rushed to Orina's house, they found the mother of 5 being sexually abused by the suspect who ended up knocking out her 6 teeth out. 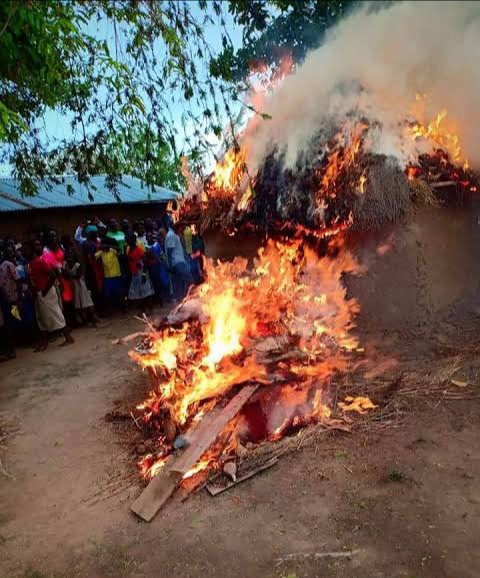 Eyewitnesses say that Orina was previously caught doing an unnatural act on a neighbors goat. He is said to have asked for forgiveness and was left until he decided to do the unspeakable act. Irate residents decided to set his house on fire in an attempt to ensure he will not come back. Orina's house was burnt to the ground as the police have started an extensive search as he escaped during the confusion with his injuries.

Just In : 7-Year-Old Boy Who Went Missing a Few Days Ago Found Murdered and Dumped Beside a River