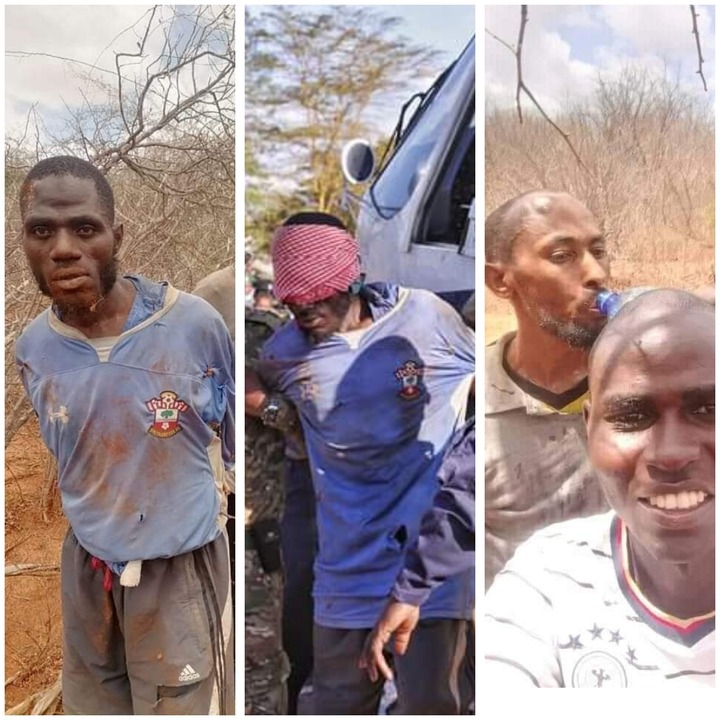 On Monday kenyans were treated to a shocking news after it emerged that three notorious terrorists had escaped from the most secure prison in kenya.

According to sources the three had dug a hole inside their cell block before jumping over a fence.

However after a dramatic search the three were netted in Kitui by detectives who ferried themback to Nairobi.

The three terror convicts who were re-arrested after escaping from Kamiti Maximum Prison now claim they were aided by prison officials to escape from the well guarded facility before finding their way to Kitui County.

The three are currently being held at the Anti-Terror Police Unit headquarters after the Kahawa Law Courts directed they be detained for 10 days to allow detectives complete investigations.

Sources have intimated to C reporters that the three have confessed to have been aided to escape by people inside the prison facility.

The three are said to have dislodged a brick from their cell wall before scaling two high walls using ropes, ironically without even those manning the CCTV facility noticing their movement.

This comes at time when several prisons cops are still facing charges of aiding terroristz escape.

Kenyans across the country have been questioning how the three escaped from custody with some saying it was an inside job.

Many have called for serious probe into the matter as Another three murder suspects escaped custody. 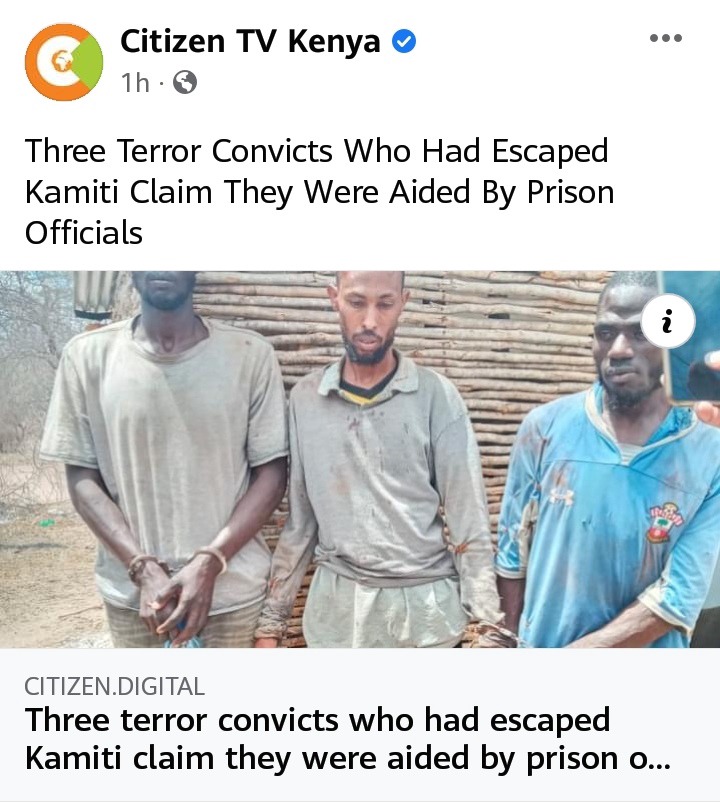 Wanted thug: DCI unmasks the man behind the murder of Con Muvota