By GlobalThirdEye (self media writer) | 1 year ago 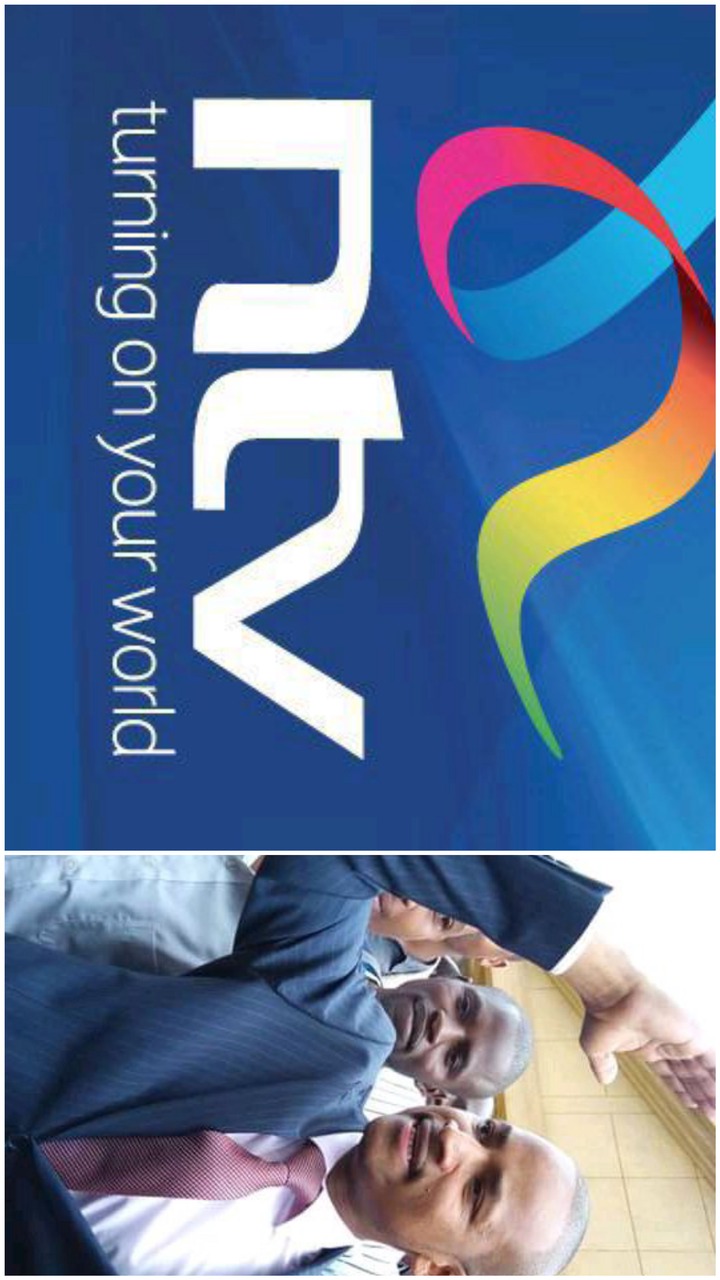 On Monday 29th of June, NTV aired a very emotional story involving Embakasi member of Parliament Paul Ogili alias Babu Owino and famous Felix Orinda, also known by his stage name, Dj Evolve. In a fierce encounter with the latter, he escaped death by a whisker while working at Club B in Nairobi.

Babu Owino who has a pending second-degree murder case at Milimani law Courts is out on bond. He is alleged to have shot the young disk joker on 17th January 2020 at the entertainment joint.

NTV aired an exposure #DJEvolveSpeaks, and for the first time, Felix Orinda spoke to Kenyans about his fate. Interviewed by Dan Mwangi, he narrated how his life had turned out miserable citing that since that fateful night with Babu Owino, he has never been able to talk and walk.

Emotions run high from netizens who watched and followed closely #DJEvolveSpeaks story and resolved to jam the Internet demanding for Babu's arrest and conviction. The push forced the Director of Public Prosecution (DPP) Noordin Haji, to immediately act.

Haji called upon the judiciary to prioritise hearing of the case which has been pending due to Covid-19 combating rules. He ordered the dates of the said trial be fast-forwarded in order to see justice served soonest. 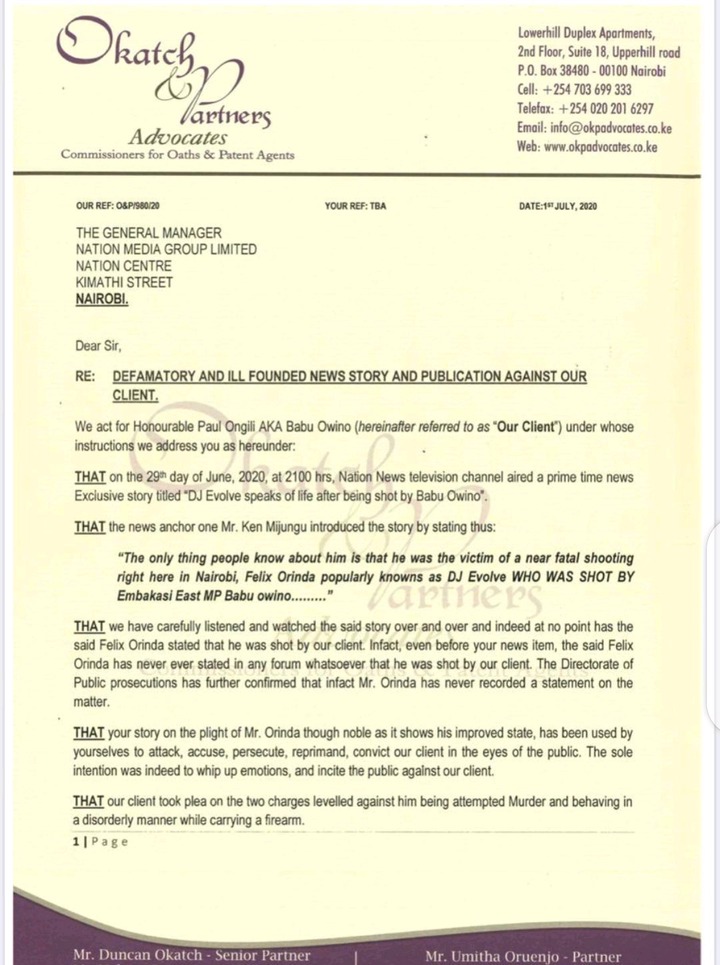 It is at this point on 1st July, the embattled Mp demanded an apology from NTV, threatening to sue them if they failed to do so. To his shock, NTV instead hit him harder determined to push for justice, hence running the story again yesterday. But this time Felix 's father got a chance to speak about his son's case against Babu.

NTV proved to be bold enough to be cowed by threats. This lit the Internet many Kenyans expressing different opinions. Some praised the station for the good work. Others condemned and criticised Babu besides championing justice for Dj Evolve.

@Kimanzi_ - Babu Owino threatens to sue Nation Media group for running the DJ Evolve story, NTV rerun the clip of him shooting the victim, attach the claims brought up by his lawyers, the father's clip and to top it, caption it 'Babu shoots the messenger" LOL I love these guys.

@bluepayjamas - Sue for what? For informing people of current happenings? Last time I checked, that's the work of news media. Am I wrong? There's no defamation or privacy infringement case here.

@Kahiga_wanjiru - What do those lawyers mean when they say "Orinda has never mentioned Babu as his shooter in any forum"!?

@Kahigaeli - That's how much the level of impunity is killing us. He is confident that if today he gets arrested his supporters will come out and riot the same case that happened today in Sirisia over the conviction of Walukhe. Wajinga sisi.

Some took a swipe on Dj Evolve's father for not standing with his hailing son.

@Kevoprezzo - His dad is a Disappointment to Humanity. He has the strength 2 claim babu owino doesn't look like a bad "boy". How Pathetic! If I had such a father I would disown him. Those are the kind of men that sell their children for pocket change. Shame on him, Dj Evolve MUST get Justice.

@Wilsonharison - He has gone forth and confused the father of this suffering boy with money so he can sanitize him. Boy, we were not born yesterday. Why didn't the old man defend you during this interview, Why later?.

Others said that Babu should be recalled as Embakasi Mp and be sentenced also.

@Realjerydae - Babu Owino should serve no less than 20 years in Kodiaga Prison.

@Haswaziri - Embakasi East voters should recall this rogue MP in order to give him time to fight his demons.

@Gracieshiro - Simply attach his income and assets to paying the bills, then slap him with a life sentence. In short, leave him with nothing.

@Luanei_kipngeno - You should apologise, he also has rights. What you are doing is bullshit and how it looks, it is sponsored by someone. That is why I hate NTV. Focus on real news and let judiciary deal with babu. 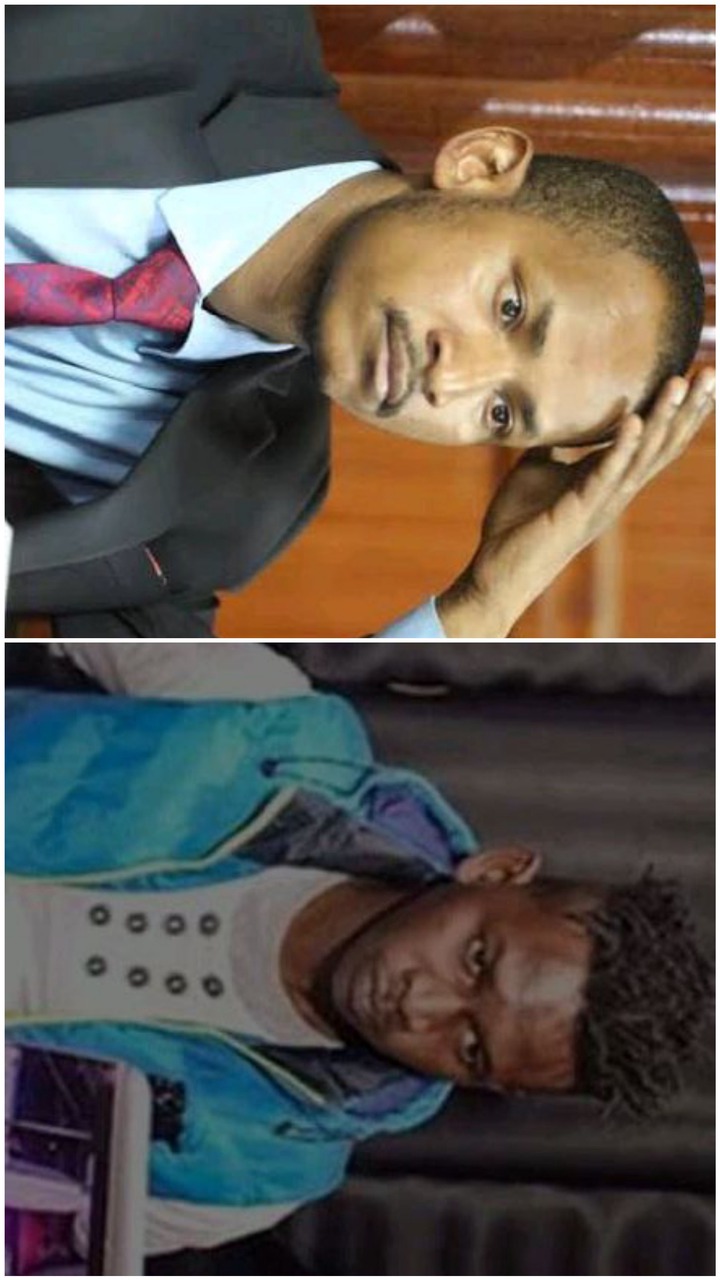 Babu Owino, for the better part of this year, has never had peace when surfing across different social media platforms. This owes to the pending case in regard to Dj Evolve whom he allegedly shot.

Since then, Kenyans have been on Babu's neck condemning the heinous act. Others have been calling upon the authorities to intervene and ensure justice is served.